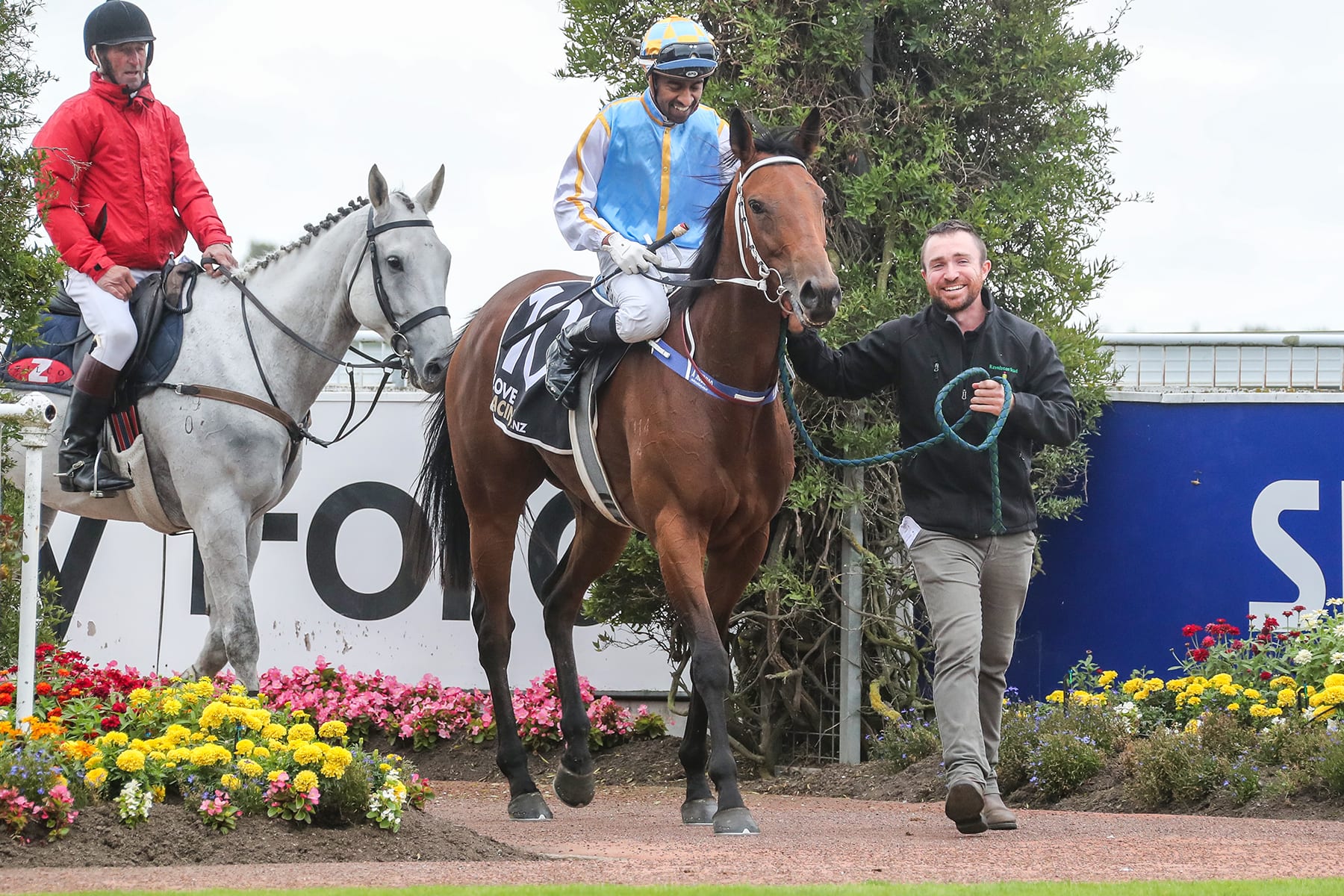 While much of the Dennis family focus was on homebred The Chosen One running a game fourth in the Group 1 Melbourne Cup (3200m), trainer Robert Dennis quietly went about his vocation, racking up a treble at Wingatui on Tuesday.

Dennis’ uncles Joe, Martin and Ray Dennis, along with father Tony, comprise the famed Dennis brothers, who bred The Chosen One, who stems from a family, generations in the making and includes The Phantom who ran in three Melbourne Cups and finished runner-up to Kingston in 1990 after finishing fourth the previous year behind Traffic.

The brothers remain in the ownership of the Murray Baker and Andrew Forsman-trained entire, whose connections were spread far and wide throughout New Zealand to watch the big race on Tuesday. “A lot of my owners were at a function at Invercargill to watch The Chosen One and there were some at Tony Rider’s (part-owner of The Chosen One) function he had at his place up in Cambridge. “I could imagine it (treble) set them off for a good day. Having my horses there and to bet on it might have filled their pockets up to have a punt and enjoy the day.”

Dennis said his family were pleased with The Chosen One’s brave fourth-placing in the Melbourne Cup. “There’s nothing wrong with fourth, everyone is happy with that,” he said.

Closer to home Dennis was rapt with his winning treble at Wingatui, particularly on such a big day at the Otago track. “What better day to pull out all the stops and have three winners and one near miss? It’s unreal when everyone is watching on Melbourne Cup day,” he said. “That’s my second one, I trained a treble three years ago, nearly to the day, when I was in partnership with the Dennis brothers.”

The Gift kicked-off the day in winning fashion for Dennis when taking out the Otago Farm Machinery (1600m). “The Gift, I have always thought a bit of,” Dennis said. “I have taken her up to Riccarton a couple of times and she has taken on good competition. “She has gone some very good races and has run very good time. She is by Power and she has shown so much speed I was a bit unsure whether she would get over ground. “She just dominated them at her first go over a mile yesterday (Tuesday). She won with a leg in the air. She is a filly to watch out for.”

Dennis has also labelled Choux In as another filly to watch after her one length victory in the Blend Café Mosgiel (1200m). “She has had some unlucky runs and was ridden a bit upside down last start,” Dennis said. “I wasn’t too disappointed to see her hunted out last time and made them really try and put in. I think that’s flipped the switch with her.

“After that she had a month spell and we thought she was going pretty well into the race. It was hard work from the draw (12), he (jockey Gosen Jogoo) was stuck three-wide with no cover most of the way and she was just too good on the day. “She is another three-year-old filly that will have black-type targets, probably the Guineas series down here, starting with the Gore Guineas in mid-January.”

Stablemate Lord Zacford completed the treble for Dennis after he won the penultimate race on the card, the Ideal Electrical (1400m). “Lord Zacford is a horse I have always had a lot of time for,” Dennis said. “It was only his seventh start and he is a five-year-old. “His first three runs were basically trials for him and if you take those out he has had four starts for two wins and two thirds. He is a very progressive stayer. “It was not a surprise at all to see him win fresh-up yesterday, but what would be a surprise would be if he didn’t go on with it. I think he is going to make the grade.”

While pleased with his stable’s result, Dennis was ruing a lost opportunity with Accuse who got overawed by the big day but still managed to place in the Property Brokers Ray & Alison Kean (1400m). “Jake (Lowry, jockey) said he was travelling like the winner and hit the front halfway up the straight and then started gawking at the big screen and the crowd of students,” Dennis said.

“When you watch the head-on he gets a bit wayward after that and loses his momentum and picks himself up in the last little bit to keep running on. “Had he done the job properly up the straight he would have been hard to beat, but he will keep. I think a fair bit of this horse too. He is a big, strong gelding and he is going to get over a trip. We will keep him ticking along but I wouldn’t be surprised to see him over in Australia.”