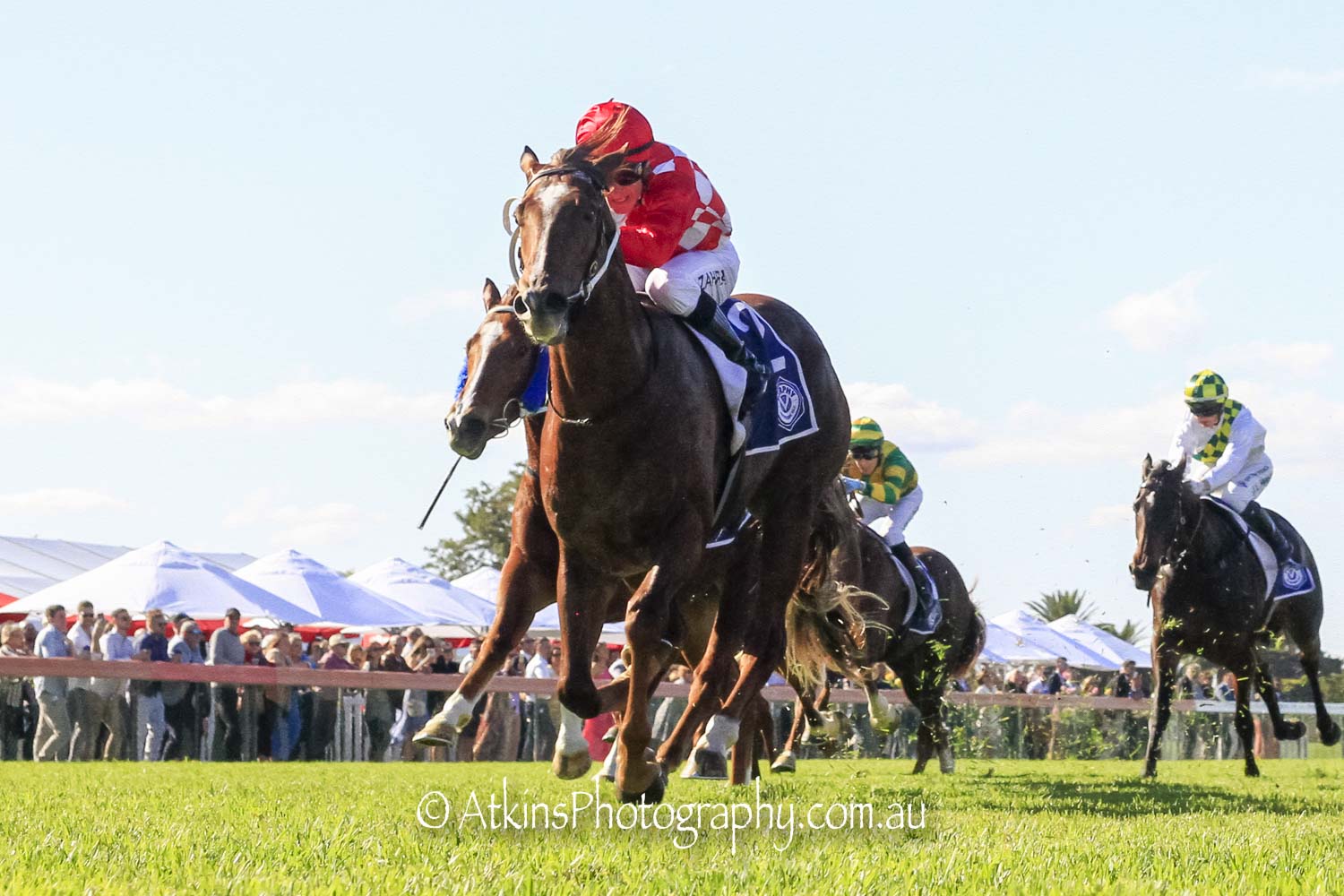 Once again, star jockey Mark Zahra has come up with the goods on the straight for Mick Price to salute aboard Maximillius in the $127,250 David Cole AM Stakes (1200m) at Morphettville.

Zahra was outstanding to win the South Australian Derby on Jungle Magnate and Adelaide Guineas aboard Illation last week, and he started his Goodwood Day in fine fashion with his triumph on race four on the program.

The ride was so good that his two-year-old looked gone at the 100m mark when the $1.85 favourite, and Richard and Chantelle Jolly filly See You In Heaven edged ahead.

Maximillius showed great maturity to break his maiden status in his third start and win the feature Group 3 sprint.

“I said to Mick before the race ‘I want to lead on him’. At the 400m he was wobbling all over the place,” Zahra told Racing.com.

“But he did enough – he fought it out and won well.

“I felt like once he got to the top he relaxed pretty well. So I went for him early enough and I was there to be beaten the last 100m, but when he saw her (See You In Heaven) on the inside he fought on just hard enough.”

Price was disappointed with his respective fifth and fourth placings at Flemington and Caulfield in $130,000 races on January 15 and May 7 leading into Saturday.

But Maximillius – thanks largely to another great Zahra ride – now has the respect of the champion Victorian trainer.

“The horse is a colt. We had a big opinion of him. We lost our trust in him because he let us down a couple of times,” the two-time Goodwood winner told Racing.com.

“You saw him hang on the corner.

“Blinkers off and tongue tie on for no other reason than just trying to get him to do his best.

“You could see he was fairly beaten, I thought. Then he came again.

“Once again, you have to give a big tick to M Zahra.

“There’s something about Zahra. He’s one of the best jockeys and that’s why.”