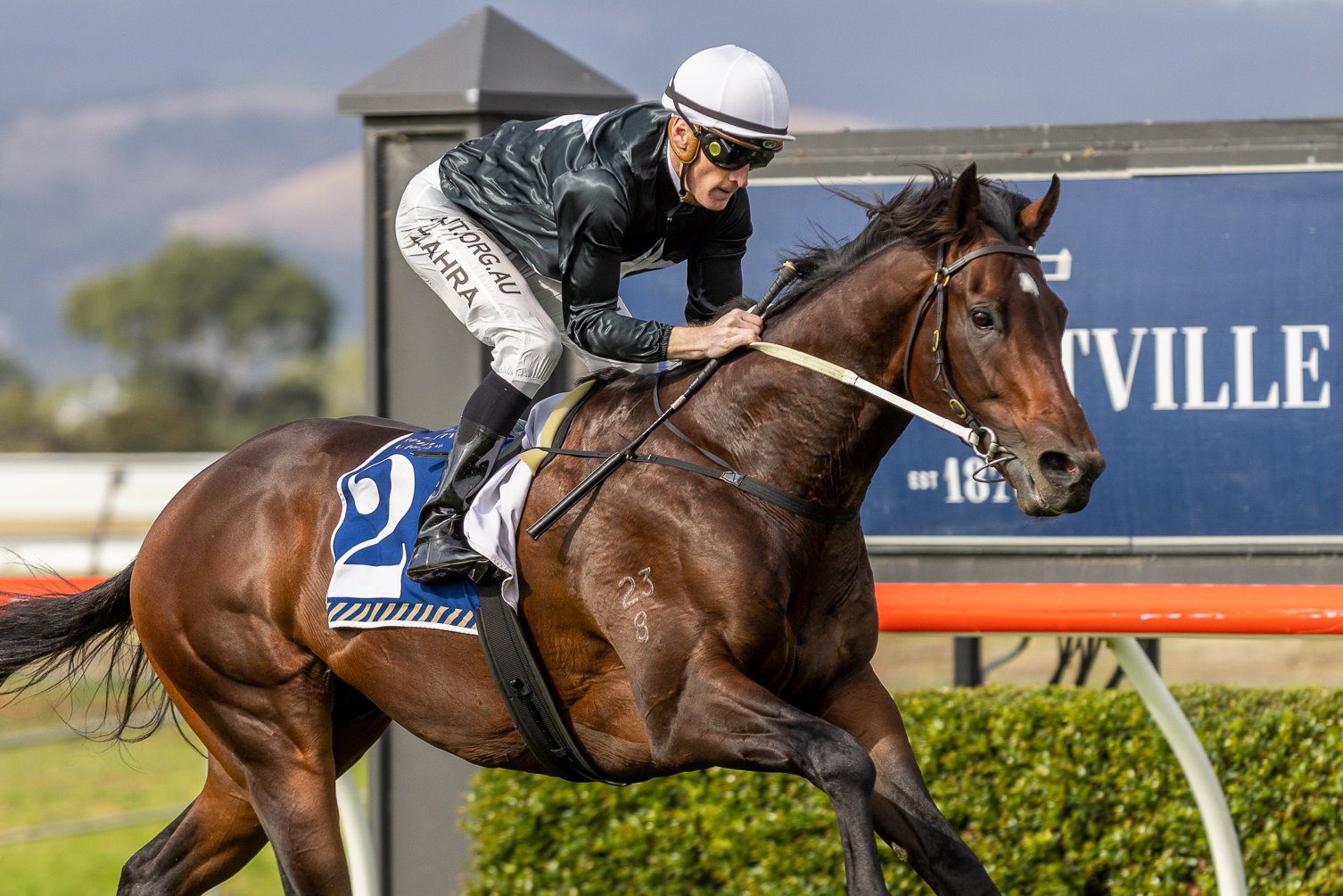 All eyes were on the Mick Price and Michael Kent Jnr trained Illation in The Group 3 HC Nitschke Stakes over 1400m at Morphettville on Saturday and the son of So You Think didn’t disappoint.

Sent out as the $2.10 favourite in his second career start, Illation had a lovely rails run with a gap opening up at the 300m mark and jockey Mark Zahra pressing the go button and the race was over with 200m to go with Illation beating Defining by four lengths and Star Of Chaos in third.

Zahra admitted to he was extremely impressed by the performance.

“Obviously I thought he was a very good horse but barrier one around the Morphettville Parks is a bit if a concern,” Zahra said.

“I just said to Mick (Price) that we’ll have him as close as we can but we’ll just need luck.”

Co-trainer Mick Price knows he has a star on his hands but isn’t quite sure what to do with the colt and doesn’t really want to put him in the paddock.

“He’s a really really promising colt and probably the question is what to do with him now,” Price says.

“I don’t really want to be putting a colt like that in the paddock, he already thinks he’s a bull so I need to be a bit careful how we spell him.”

“We’ll be setting him some good plans for the spring of his four year old year.”

Price has a very high opinion of his star three year old and when asked he was dreaming big. “I would put a circle around the Cox Plate if you asked me that dream,” Price said.

Following those comments, Illation is now a $41 chance with online bookmakers to win the 2022 Cox Plate.