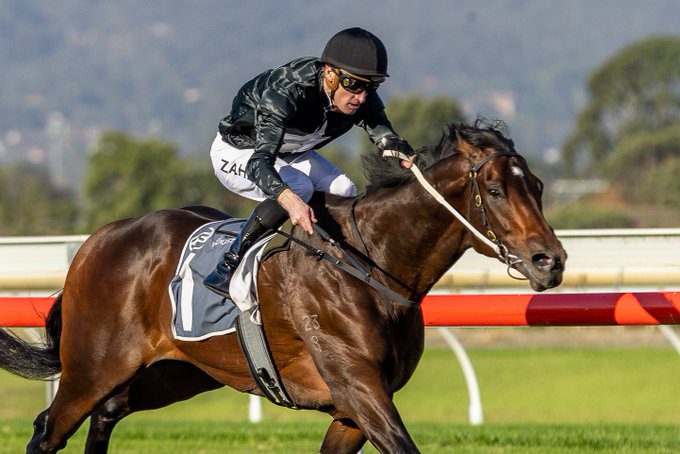 Mark Zahra showed all his experience and class to never panic and deliver what ended up being a comfortable one-length victory for Illation in the $107,250 Adelaide Guineas (1600m) at Morphettville.

But he had to work for it, particularly after the Mick Price and Michael Kent three-year-old was denied an outside lane rounding the turn.

“I took my medicine early. At the top of the straight another jockey wanted to make it hard for me, so I switched back inside and he was too good,” Zahra told Racing.com.

“His turn of foot probably wasn’t as electric today. But in saying that, I got bumped around a bit when I was trying to come out.

“I just love the way he goes about it.”

Like him, Zahra said Illation always kept his cool.

“As a colt I don’t think he likes to be pushed around. It was just going to be more detrimental trying to stay one off the fence,” he said.

“I thought I’d keep it smooth because I know he’s got an electric turn of foot. And if you’ve got a horse like that he can get you out of any sort of trouble.

“First time he had to cop one with a whip today, and he found and won quite well.

“He said ‘I better go a bit faster’ (after the whip), which is what you want.”

Price – who told Horsebetting.com.au that he expected red-hot favourite Illation to win pre-race – said his respective winning combination both showed a sound presence of mind while under a lot of pressure.

“He had two horses behind him on the fence and it was a big field. What’s going to happen here?” Price said.

“But Zahra is very good at anticipating what’s going on in front.

“Not often he takes the wrong option, and when you’ve got a nice horse underneath you you can go left and go right in a stop-start race.

“It was very messy, but I thought the horse flattened out and found the line at the end of a mile really nicely.