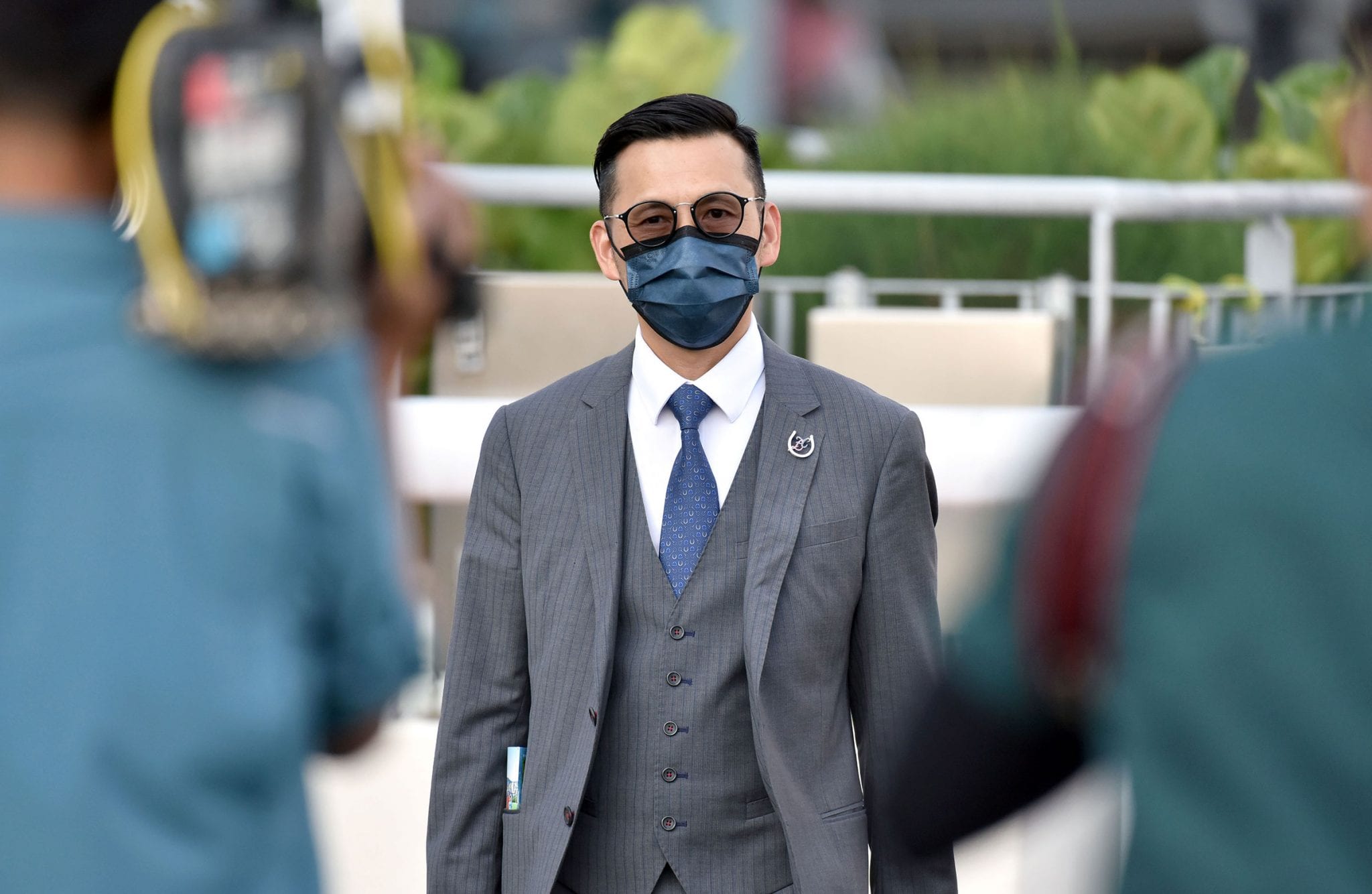 Frankie Lor has developed a formidable reputation as a trainer capable of preparing young horses for early success and this Sunday (24 January) at Sha Tin two of his brightest prospects will take centre stage in the HK$12 million Hong Kong Classic Mile.

After winning all three legs of the Four-Year-Old Classic Series in 2019 with Furore and Mission Tycoon, the fourth-season handler heads into this weekend’s contest with another pair of adept Australian imports in Healthy Happy and Celestial Power.

A two-time winner from three starts, Healthy Happy has risen to a handy rating of 94 and last start, got the better of a smart Class 2 field last start consisting of both seasoned and up-and-coming gallopers.

“His form is good, I think 1600 metres is ok for him but it depends how he runs – I think this is fine but I don’t know about the Classic Cup or Hong Kong Derby – I will know more after this race,” Lor said.

With the second and third legs of the series, the Hong Kong Classic Cup (1800m) and BMW Hong Kong Derby (2000m) demanding a step up in distance, Lor remains unconvinced whether his Zoustar gelding – who is yet to race beyond 1400m – participates in either race.

“He can follow the speed, he does look a little bit one-paced at times though, I just don’t want to have him held-up behind horses,” Lor said.

“At this moment no (to adding more gear), he has a tongue tie and a visor – they both help – he trialled well too,” he added.

The PP (Privately Purchased Horse) will break from gate 14 with local ace Vincent Ho in the plate.

While it’s wait and see with Healthy Happy racing beyond a mile, Lor is optimistic of Celestial Power’s inclusion in the second and third legs.

“The 2000 metres for the Derby is still not a problem for him I think,” Lor said.

The Star Witness gelding is a two-time winner from four starts in Hong Kong, scoring over 1600m and 1800m and together with Healthy Happy, Lor’s duo for the Hong Kong Classic Mile has reaped four wins from seven starts between them and HK$4,819,000 in the process.

Derek Leung – who rode Mission Tycoon to 2019 Hong Kong Classic Cup success at odds of +9100 for Lor – will be in the plate this Sunday and the pair will set off from gate one.

Of Lor’s eight entrants across Sunday’s 10-race fixture, the handler is hoping imports Flagship Glory and When You Believe can lay out strong credentials on the undercard to warrant consideration for the second and third legs of the series, should their rating permit.

British import Flagship Glory – a two-time winner prior to export – tackles the Class 3 Beat The Clock Handicap (1400m) first-up this weekend. The son of Australia has trialled three times ahead of his Hong Kong debut and steps out with championship leading jockey Joao Moreira aboard.

“One thing is he has gate 13, this is a little bit of a problem so I’ll talk to Joao (Moreira) but I don’t want to push him too hard, let’s see how he jumps and if he feels good – I just don’t want to use him too early at his first start in Hong Kong,” Lor said.

When You Believe (133lb), the second of Lor’s unraced four-year-olds contests the Class 3 Peniaphobia Handicap (1200m) and, the handler expects he too has his work cut out for him having drawn gate 11 of the 13-runner field which includes Master Montaro (132lb) and the unbeaten Sight Success (125lb).

“He trialled well, I spoke to Karis (Teetan) and we picked this race out for him but unfortunately he has gate 13,” Lor said.

The Fighting Sun gelding was a four-time winner prior to export and finished 11th in the 2019 Group 1 Caulfield Guineas (1600m).

“He has some gate speed so it depends – I’ll ask Karis (Teetan) to jump first and see if he can gain momentum early or not, maybe he can sit third, fourth or fifth,” Lor said.

While Lor’s young guns will be on show, Fat Turtle and Big Party will stake their claims at the top-level in the HK$12 million Group 1 Centenary Sprint Cup (1200m).

“He’s (Fat Turtle) good, only in his last run you saw he got interference from my other horse (Winning Dreamer) but he looks ok – he’s come through it fine,” Lor said.

French ace Alexis Badel will break from gate 11 aboard the three-time winner.

“Currently the sprinting ranks in Hong Kong are only so-so, he’s got a chance with a good draw,” Lor said of his Smart Missile gelding.

The grey, Big Party sets off from gate seven with Karis Teetan engaged, together the duo finished a neck to Explosive Witness and Stronger in the Group 3 Bauhinia Sprint Trophy Handicap (1000m) on 1 January.

“He ran well last start, he can go forward and find a bit of cover – I’ve put gear on him previously and he doesn’t like it, so I just leave him natural but he’s healthy,” Lor said.

Sunday’s 10-race fixture kicks off at 1pm with the Class 4 D B Pin Handicap (1000m) after the special retirement ceremony for Beauty Generation takes place about an hour prior.