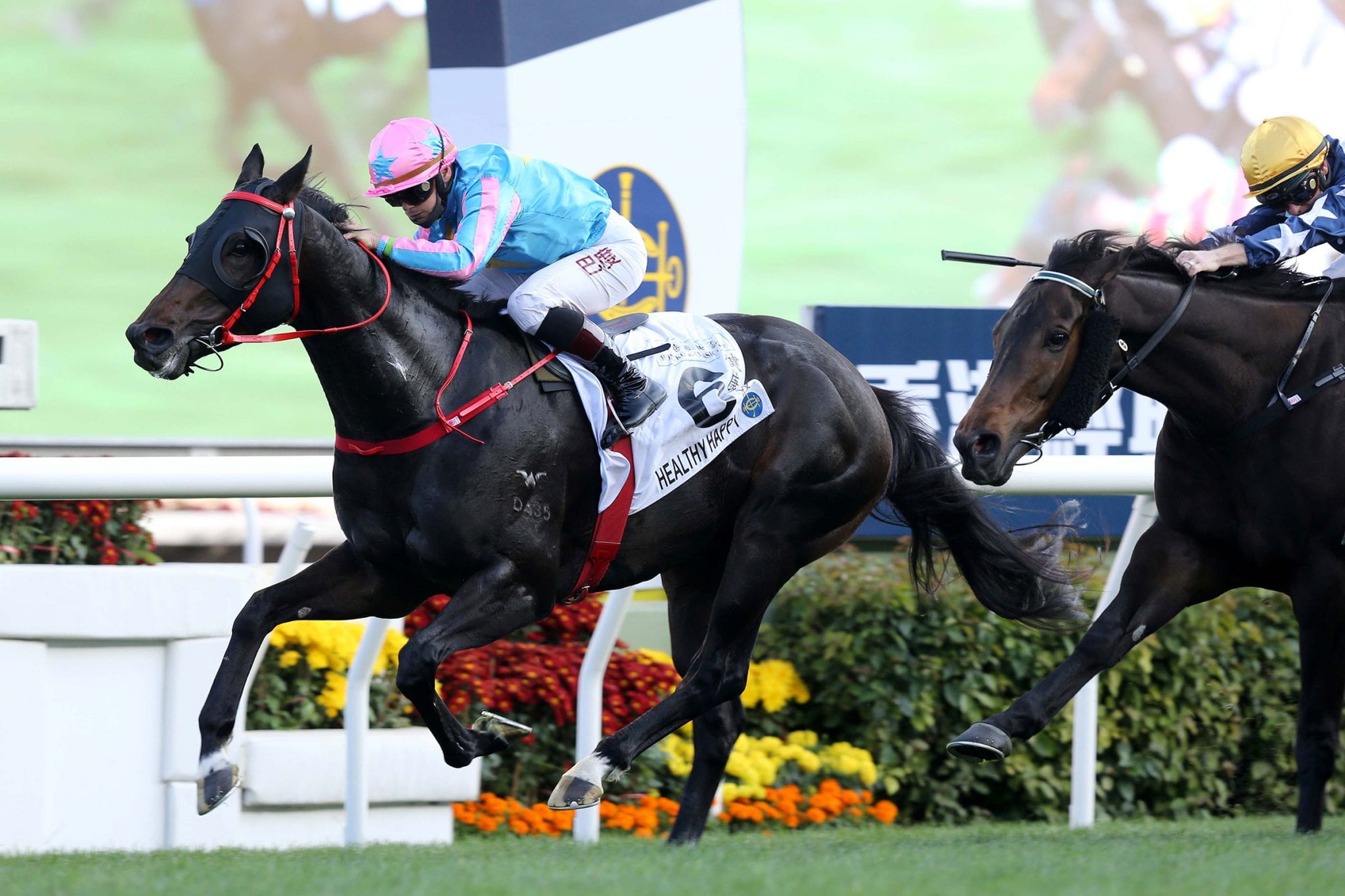 Lowly weighted runners have a notable record in the short history of the Group 3 Lion Rock Trophy Handicap (1600m) and this Sunday (30 May) at Sha Tin trainer Frankie Lor is hopeful Healthy Happy (114lb) has the form on the board to join that list when he attempts to capitalise off his featherweight impost in the Hong Kong $3.5 million contest.

Since the race’s inception in 2016, four out of the five winners have carried 118lb or less with only Ka Ying Star carrying more (129lb) in 2020 as the sole five-year-old or up to claim victory, while the other four renewals have been shared equally between three and four-year-olds nearing the bottom of the handicap.

“The light weight should be better, it should be much easier for him – the weight’s a little bit different so it’s better for four-year-olds,” Lor said.

Stepping out off the back of a last-start fourth to Golden Sixty in the Group 1 FWD Champions Mile at the end of April, Healthy Happy lines up as one of two four-year-olds in the race alongside Sky Darci (114lb), who may carry 1lb over his allotted weight.

Readying for his eighth start in Hong Kong, the Zoustar gelding is a three-time winner, including victory in this year’s HK$12 million Hong Kong Classic Cup (1800m), the second leg of the three-race Four-Year-Old Classic Series.

The Australian import arrived in Hong Kong as a two-time winner from five starts Down Under when known as Leviathan under the care of Peter & Paul Snowden.

This weekend the youngster will step away from gate seven with jockey Alexis Badel engaged.

“We’ll see who will lead – I think Ka Ying Star will but if no one leads then we can take it up, but again, if someone does then we can sit next to them – it could actually be easier for him because he is a big horse with a big action, he needs to keep rolling,” Lor said.

Last Tuesday (18 May), the 106 rater crossed the line third in a barrier trial on the dirt over 1200m, clocking 1m 10.52s behind the leading horse, C P Brave, who flashed into a close-up third at Happy Valley last night (Wednesday, 26 May).

Headlining a big afternoon for Lor, the handler will be represented in each of the afternoon’s 10 races with 11 chances across the card including Celestial Power, who Lor hopes can measure up over 2000m when he makes his first start over the distance in the Class 3 Piper’s Hill Handicap.

“There’s not many suitable races for him so we’re trying him in Class 3, I don’t mind him carrying a big weight because he is a big strong horse,” the 55-year-old said of the bay.

The Australian-bred son of Star Witness is a two-time winner from eight starts in Hong Kong, having prevailed over the mile at Sha Tin and 1800m at Happy Valley.

“He has jumped a little bit slow his recent starts, so maybe 2000 metres, I guess if you’re a bit slow it’s still ok,” he said.

The gelding steps away from gate 14 with Blake Shinn engaged against 13 rivals.

“He’s done really good for me, unfortunately he has had too many problems with his back and his knees, so I think it’s best for him to retire and be sent back to Australia to enjoy his life,” Lor said.

Lor will also be represented by the lightly raced When You Believe (115lb) in this weekend’s hot finale, the Class 2 Amah Rock Handicap (1200m) against a host of emerging talents including Lucky Patch (133lb) , Trillion Win (117lb) and the three-time winning Sight Success (116lb) who hails from the all-powerful John Size barn.