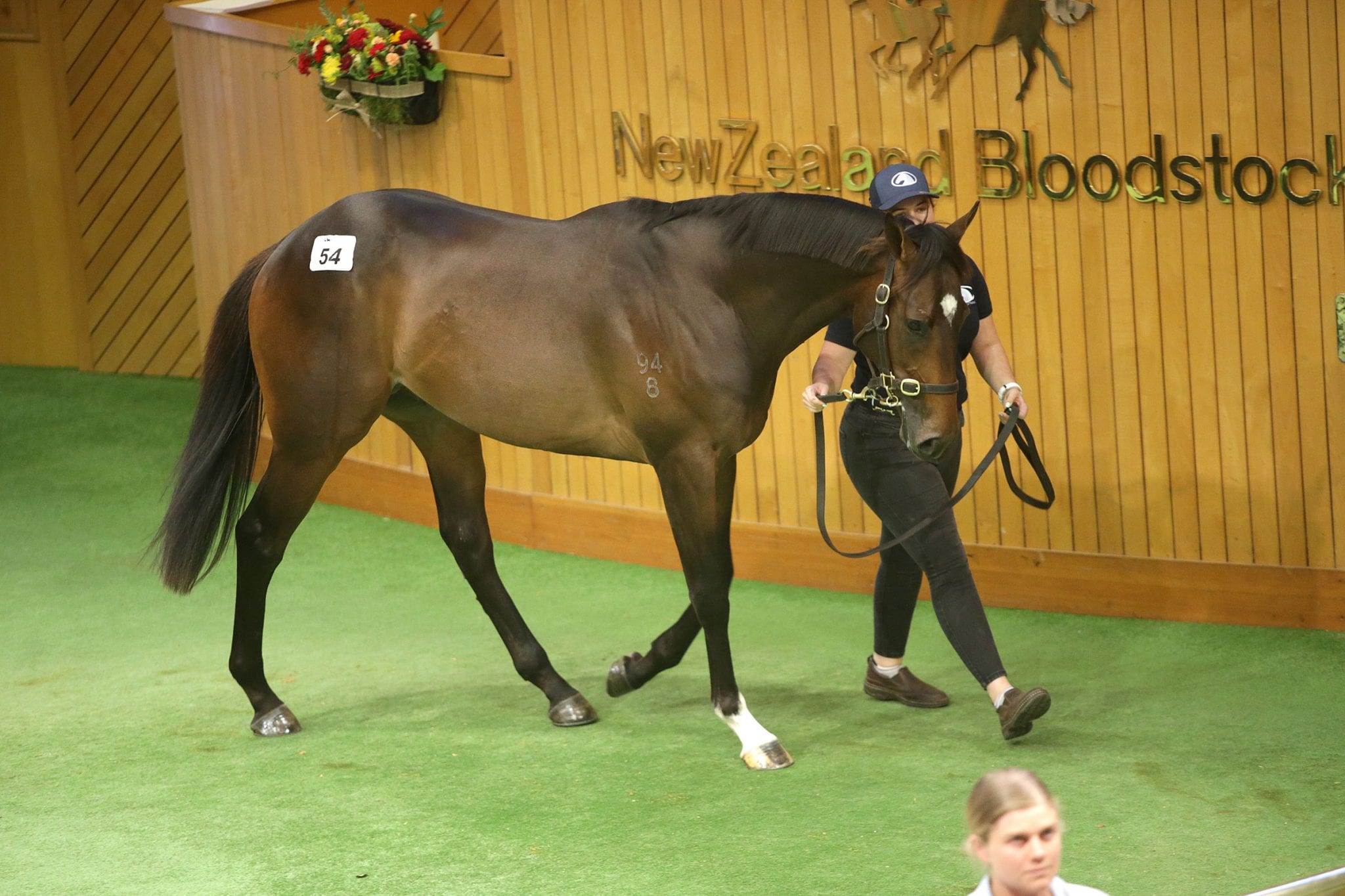 2020 has been a lifechanging year for many, and Finbarr Leahy has been no exception. The Cambridge trainer sold lot 54, the Sacred Falls half-brother to stakes winner Stella Di Paco, for $525,000 to a client of Matamata trainer Graham Richardson at New Zealand Bloodstock’s Ready To Run Sale at Karaka on Wednesday.

Leahy purchased the colt out of Cambridge Stud’s New Zealand Bloodstock Book 1 Yearling Sale draft earlier this year for $80,000, and he was overwhelmed with Wednesday’s result. “It is going to take a while to sink in, but it’s fantastic,” Leahy said. “2020 has been lucky for me at the moment, but for my wife and kids it is going to be life changing for them, it’s fantastic.

“You always hope, you always have dreams, and today they have been fulfilled. “He has been popular. He has been in and out of his box more times than any other horse on the complex, so that is always a good sign.”

The colt is a full-brother to Viva Chef, who Leahy trained in New Zealand before he was exported to Hong Kong where he recently recorded his first victory. “I was lucky enough to have the full-brother (Viva Chef) and it was kind of Gary Carvell to send him to me to train,” he said. “I won a trial with him and I thought this horse has gears. Luckily he won in Hong Kong the other night.”

Leahy was impressed with what he saw when viewing his half-brother at Karaka earlier this year, and he decided to follow his gut feeling and purchase the colt. “You take a chance and if you like a horse you sometimes have to go with your gut feeling. Luckily enough this time it has paid off,” he said. “A couple of times it hasn’t but this time it has, so we are delighted.”

The colt was offered through Sam Beatson’s Riversley Park draft, who Leahy usually partners with to pinhook yearlings. “Myself and Sam and Ben Foote usually go shares in them, we go thirds,” Leahy said. “This year the boys decided not to come in with me and it worked out well for me in the end.”

Richardson was pleased to secure the colt for his client and he said they are yet to decide where his future lies. “I bought him for a very loyal but very private client from Hong Kong,” Richardson said. Richardson labelled the colt’s sire, Sacred Falls, as a major selling factor. “He (Sacred Falls) is flying,” Richardson said. “It is sad that he has passed. Most of them just need a bit of time, but they are nice, athletic horses.”