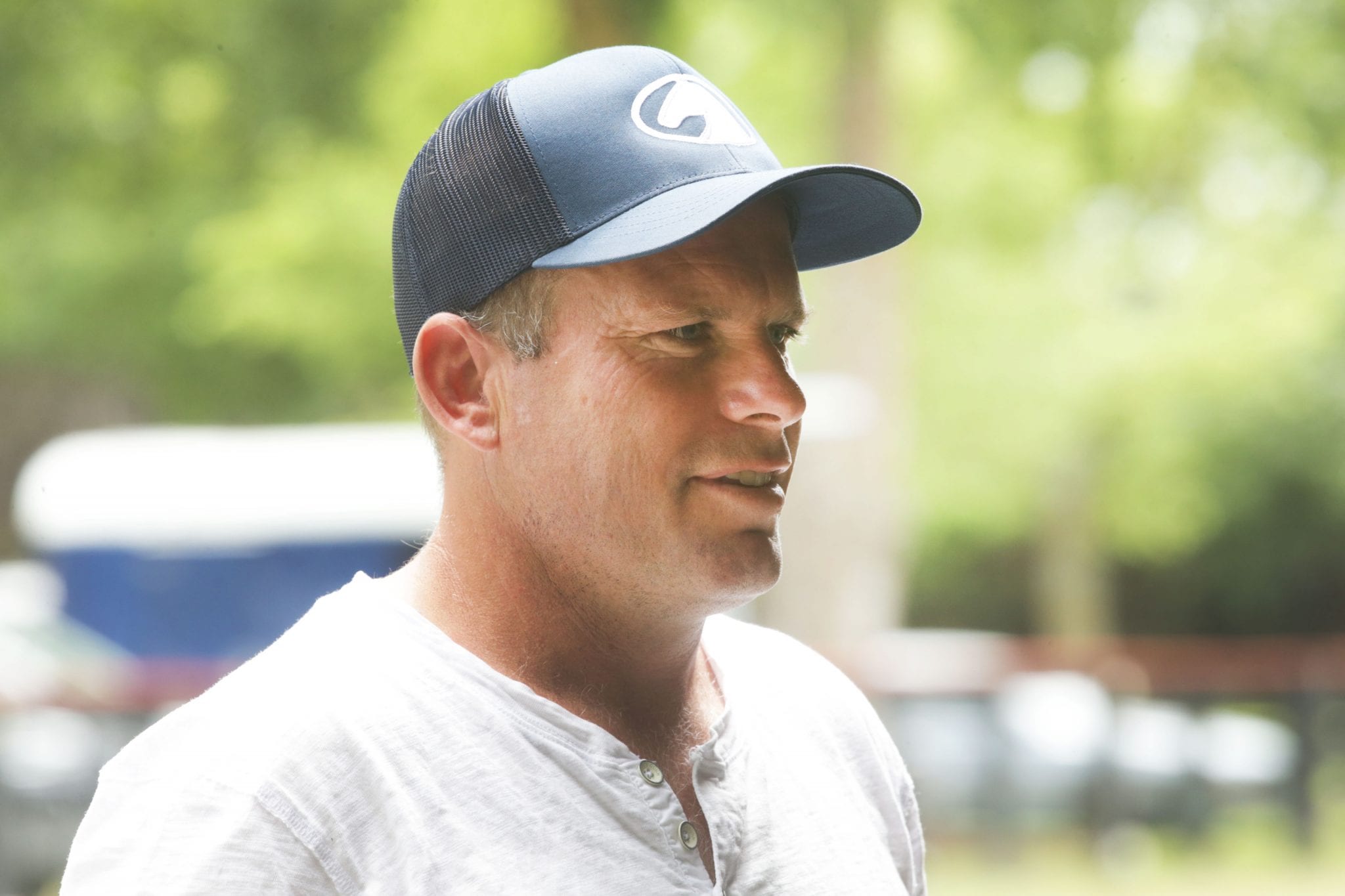 With no overseas buyers being present at Karaka for this year’s New Zealand Bloodstock Ready To Run Sale, vendors have been forced to be a bit more creative with their marketing, and leading vendor Riversley Park has been no exception.

“We have had to put a bit more information out there this year, including more videos and photos, for buyers to be able to see online,” Riversley Park principal Sam Beatson said. “At the breeze-ups, New Zealand Bloodstock did a bit more video footage of the horses around the parade ring and they had a bigger lead-in to the breeze-ups so they could get more footage of the horses. “I think it has worked. We have had a fair bit of interest, so fingers-crossed we get the results in the next couple of days.”

Beatson has also been busier on the phone than in previous years, discussing the attributes of his 24-strong draft with potential buyers. “A lot more international buyers have been in contact,” he said. “They are asking about the horses and our thoughts on them. “In previous years we haven’t had a lot of calls because they come down and do their own work, but not being able to come down they pick your brains more than they have in previous years. “It has been reasonably busy with a lot of interest from Hong Kong and Australia. It’s all positive.”

Riversley Park graduates have had plenty of success in both racing jurisdictions, headlined by Hong Kong Champion Four-Year-Old Golden Sixty. The Francis Lui-trained gelding was purchased at the 2017 sale by his trainer for $300,000 and has gone on to become only the second horse to complete Hong Kong’s Four-Year-Old Classic Series – Hong Kong Classic Mile (1600m), Hong Kong Classic Cup (1800m), and Hong Kong Derby (2000m).

“Golden Sixty is the headline horse,” Beatson said. “He hasn’t put a foot wrong up there (Hong Kong) and he has come out as a five-year-old and kicked off where he left off, winning the triple crown as a four-year-old. We also sold Beluga, a Tavistock out of Prestigious Miss, a couple of years ago and he has kicked off in good form in Hong Kong. “He has won twice, and placed in his other two starts, so he looks like he is going to be a promising horse as well. It’s exciting.”

At this year’s breeze-ups Beatson was delighted that Riversley Park two-year-olds recorded nine of the top 10 fastest times. “I am really happy with the way they went,” he said. “We do try and look for sprinter-milers when we buy horses. We look for a lot of speed in them and it shows at the breeze-ups.

“They are natural, running horses. They weren’t under any pressure and did everything under their own steam. “I don’t worry too much about the times, it’s just a plus that they did it nicely and in good times. “We try and do the right thing by the horse and when the trainers get them they have a nice horse to work with and they do their best when they hit the race track.”

Beatson is looking forward to the sale commencing at 1pm on Wednesday and he said prospective buyers have shown plenty of interest in a couple of his draft.

“We have got a whole line of horses that would suit different markets,” he said. “We have got a really nice Savabeel colt out of Miss Opulence (lot 298) that Monovale Farm own. He has been very popular and he has got a lovely pedigree on him,” Beatson said.

“The big No Nay Never colt (lot 38) has also been pretty hot too. The stallion is doing a huge job. “We have also got a Sacred Falls (lot 54) that has created a lot of interest, with the way the stallion has been going in the last six months.”