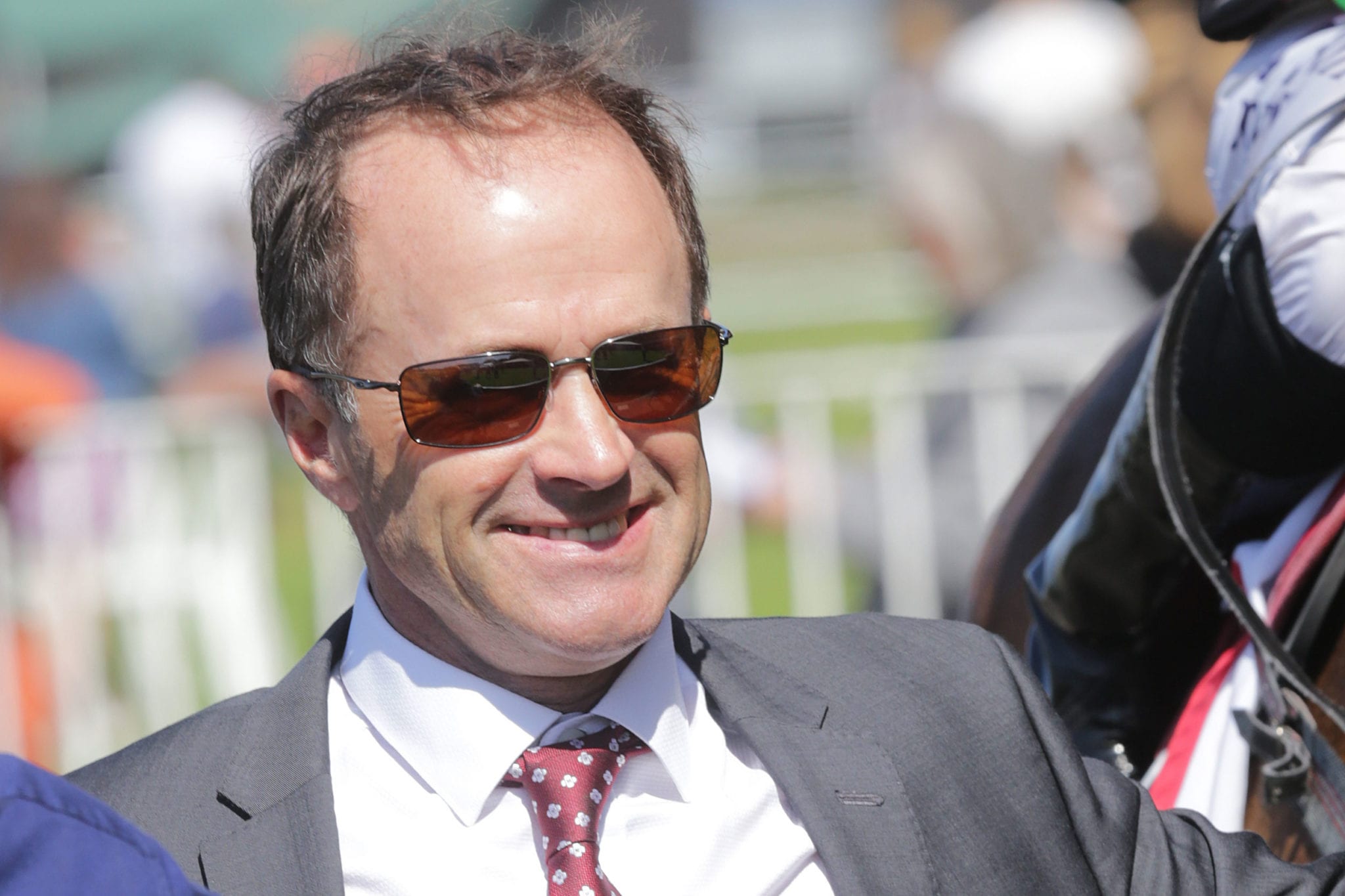 The Medaglia D’Oro four-year-old displayed a dazzling turn of foot to come from near last on the home turn to run down runaway leader Playa Del Puente just strides before the post. His closing 400m split was completed in a stunning 21.83s, the fastest at the course and distance since Designs On Rome clocked 21.82s in the 2014 Jockey Club Cup. Golden Sixty’s final sprint ensured a race record time of 2m 00.15s – but anything less would have brought nothing but a gallant defeat.

Much of the early education of the Francis Lui-trained star traces to New Zealand, with Sam Beatson of Riversley Park, in conjunction with trainer Ben Foote, preparing him for the 2017 New Zealand Bloodstock Ready To Run Sale. Purchased by Lui for $300,000 at the behest of respected bloodstock agent Willie Leung, the impressive youngster was sent to Graham Richardson, following a proven path to success. “I do (pre-train) a few for Willie,” Richardson said. “I have got a couple now and he is a bloody good judge of a horse.

“I had Mr Stunning for him too and he won a trial at Avondale for me very easily. You always knew he had ability. To see him go on and win the Hong Kong International Sprint (Group 1, 1200m) twice and be one of their best sprinters over the past three or four seasons was very satisfying.”

Golden Sixty had three trials for Richardson, winning the last of them over 1030m at Te Teko in August 2018. “I remember Cameron Lammas getting off him at the trials that day and he said to me, he’s a real Derby horse,” Richardson said.

Despite knowing the talented galloper had plenty of up-side, Richardson knew his future lay overseas from the beginning. “When I get a horse for Willie, I always know that’s the deal. It goes to Hong Kong and that is just the way it is. “It doesn’t affect me at all. I am just chuffed to see them going well. “He is a nice horse and he showed us a lot from the beginning. “My job is to educate them and make sure they are doing things right when they get over there. They are not over-tried or pushed and have been taught properly to race.”

Adding to the New Zealand link, Golden Sixty was ridden by Vincent Ho, who rode 44 winners in New Zealand when indentured to Lance O’Sullivan and became the first homegrown Hong Kong rider to win the blue riband event since 1995.

Meanwhile, Richardson, who has about 25 horses in work at present, is voluntarily self- isolating after a trip to the Adelaide Sales a couple of weeks ago. “It is going to be tough times, but I bought a filly in Adelaide a couple of weeks ago by Super One, who is a lovely type and I have fifty percent of her sold,” he said.

“New Zealand Thoroughbred Racing have done a good job in my opinion by asking a few of us to isolate, knowing that we went to Adelaide for the sale, even though we were back four-days before the cut-off period. “There are four of us (trainers) in Matamata that are doing the same because we have travelled and it is up to us to do our bit. I think we’re just doing the right thing and it is proactive of the industry.”