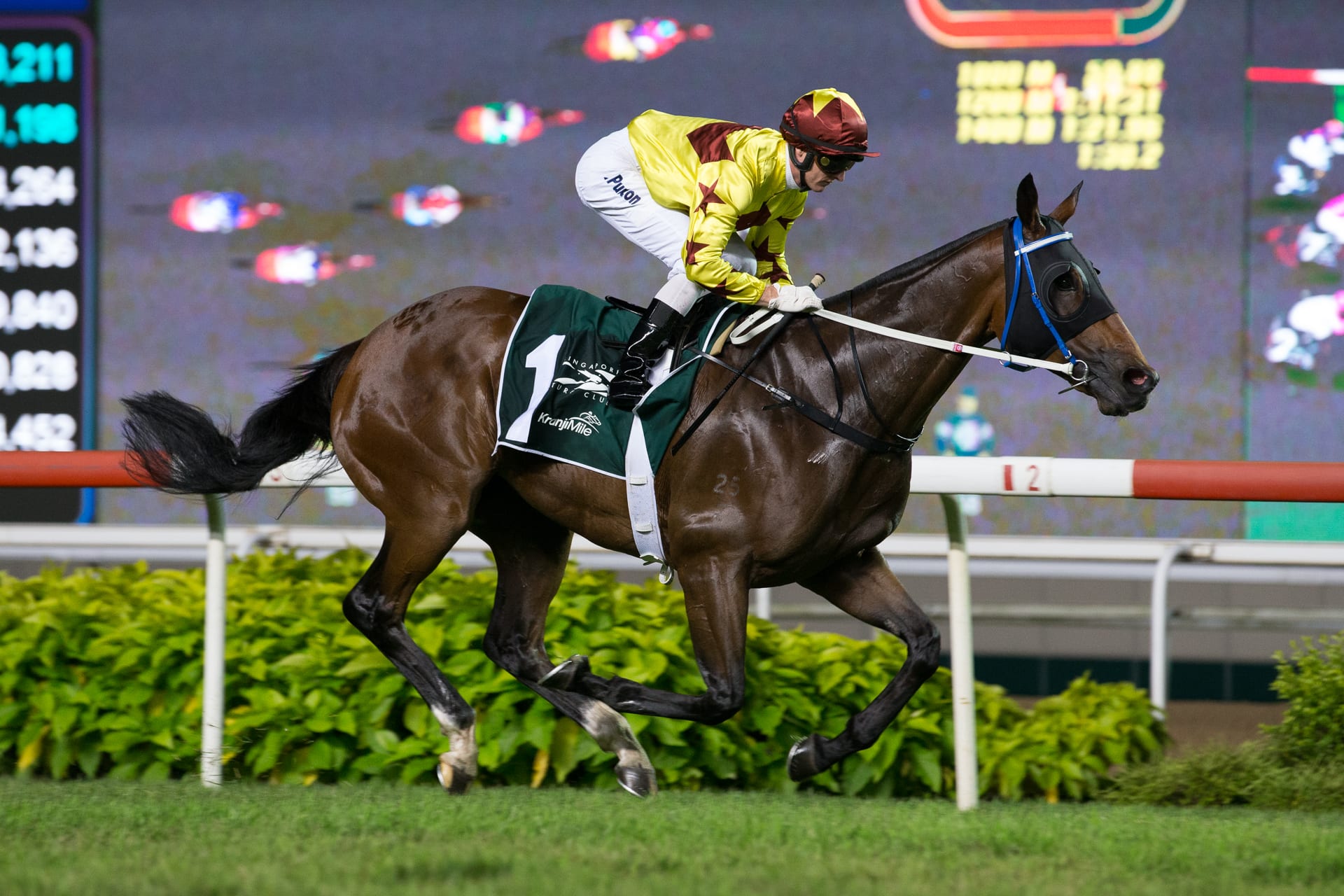 The Caspar Fownes-trained six-year-old had two and a half lengths on his rivals, with former Hong Kong galloper Blizzard second and fellow Sha Tin raider Singapore Sling in third.

“That was probably a career best, a big effort – I think it’s his best performance,” Zac Purton said of the Boniface Ho-owned gelding.

Hong Kong’s champion jockey enjoyed a sweet run on the lead last year; this time he tucked on the rail, one back, stalking the Karis Teetan-ridden Singapore Sling.

“When Singapore Sling went forward like he did, I thought ‘great’ – I just knew from experience that he’s not effective like that so I was happy to let him go, let him use his energy and then wait for the last quarter to do our job. It set the race up for us,” Purton opined.

“Southern Legend travelled very well, he was in a lovely spot and I was happy the way the race unfolded.”

Purton eased the bay off the fence midway down the long home straight. Southern Legend flicked through the gears and surged away.

And the trainer was particularly delighted to see his talented charge put behind him a sub-par run in the Group 1 Dubai Turf (1800m) at Meydan in March.

“It’s always good to bounce back off a disappointing race in Dubai. He loves Singapore, he was looking a treat the last couple of days so I was very happy,” Fownes said.

Purton hailed Fownes for his ability to return Southern Legend to a peak and show that not every horse that travels to Meydan leaves its form there.

“I think Caspar had him in better form than last year and that’s a great credit to him because the horse went to Dubai and was probably a little bit disappointing for us there. He’s bounced back and produced probably a personal best run tonight. Caspar’s done a very good job,” the Australian ace said.