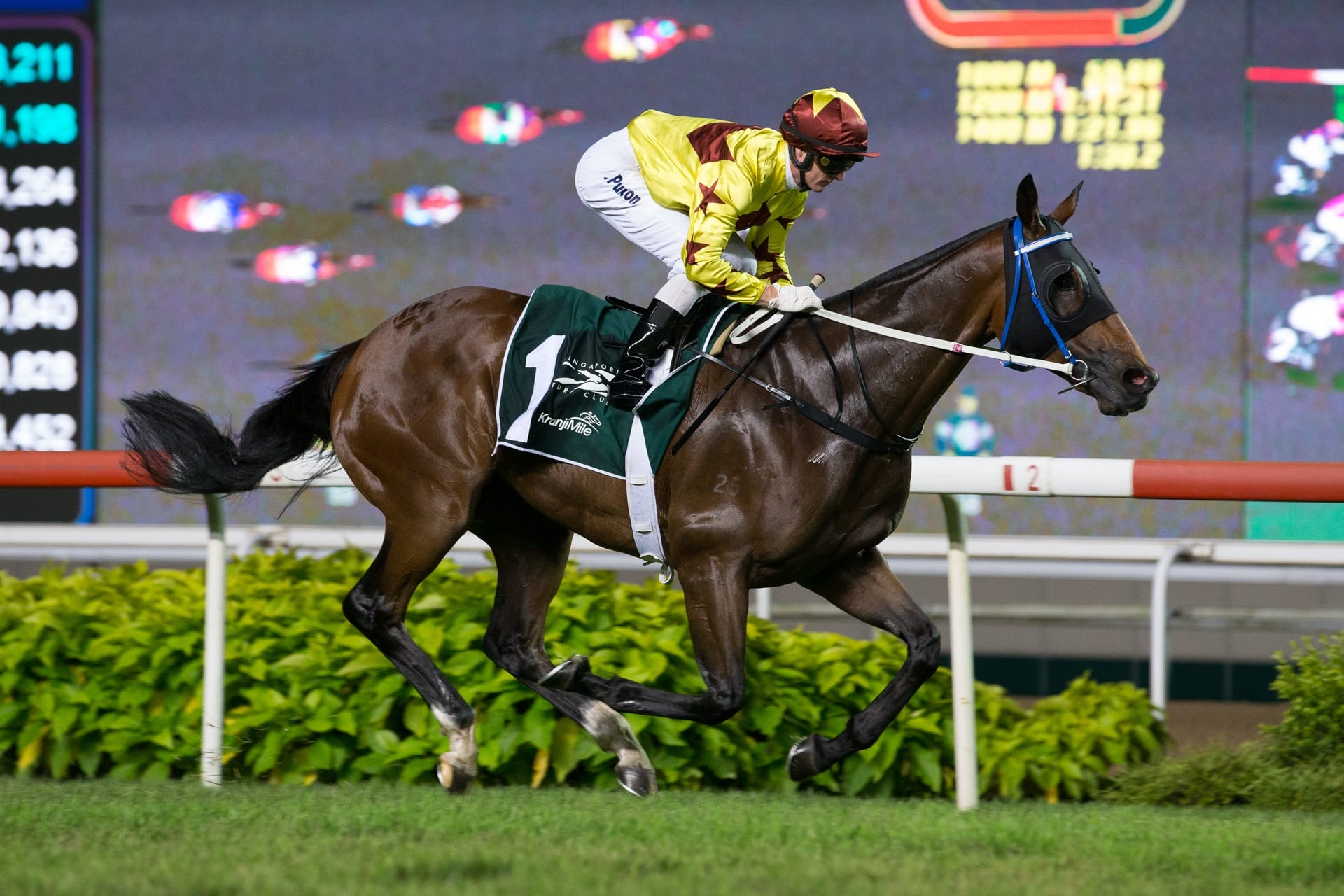 Southern Legend will take on an unscheduled assignment in the Group 2 Chairman’s Trophy (1600m) at Sha Tin on Sunday (5 April) with plans for the rest of his campaign being a muddle of novel coronavirus-induced uncertainty.

All roads were supposed to lead to the SIN Group 3 Kranji Mile (1600m) in Singapore on 23 May, but with the racing calendar in the Lion City reduced to one meeting a week until at least 30 April, and the programme less than certain beyond that, trainer Caspar Fownes has had to shift to a changeable Plan B.

“The plan had been the ‘three-peat’ in Singapore,” Fownes said at Sha Tin this morning (Tuesday, 31 March). “He was all set to go there, so I gave him a freshen-up after a couple of disappointing runs but now we really don’t know what’s going on with Singapore.”

Southern Legend has won the last two editions of Singapore’s international feature but with the hat-trick bid now in doubt, Fownes has opted to pitch his stable star into this weekend’s mile contest against the division’s high-weights, Beauty Generation and Waikuku.

“We’ve had to change plans and luckily he’s been ticking over fitness-wise; we just gave him a trial last week and gave him this entry. Normally he wouldn’t be running, he’d just be getting ready through trials and then go straight to Singapore,” Fownes continued.

Beauty Generation and Waikuku will take in the Group 2 contest as a lead-up to their big clash at the end of April in the Group 1 FWD Champions Mile (1600m) at Sha Tin. Southern Legend was third to Beauty Generation in that race two seasons back and although the contest was not on the agenda this time around, that could change.

“I didn’t enter him for the Champions Mile but we can enter him second stage, so we’ll see what happens. If he earns his cheque on Sunday we’ll think about it,” Fownes said.

“We’ll see if he can just snag a place on Sunday and we’ll see what our options are from there. I suppose there’s maybe a small chance Singapore might be on but the next four weeks will tell us. No one can really know at this point.”

Southern Legend was in fine form through the autumn with a win in the Group 3 Sa Sa Ladies’ Purse Handicap (1800m) and a sound third to Exultant in the Group 2 Jockey Club Cup (2000m), but his form has trailed off in four runs since.

“His trial up at Conghua was good the other day and we’ve just kept him up there, doing a few different things with him, keeping him happy and getting his mind back on it,” Fownes said of the seven-year-old’s prep.

“I don’t think age, generally, is the factor with horses, in the sense that I believe if they’re sound in mind and without other physical issues holding them back, they’ll show you something and that’s been proven over the years.”

The Chairman’s Trophy forms a Group 2 double-header on Sunday alongside the Sprint Cup (1200m) in which the highly-regarded young gun Aethero is slated to return to action against the likes of the high-class grey Hot King Prawn.