Khoekhoe Out Of Queensland Derby – To Be Gelded 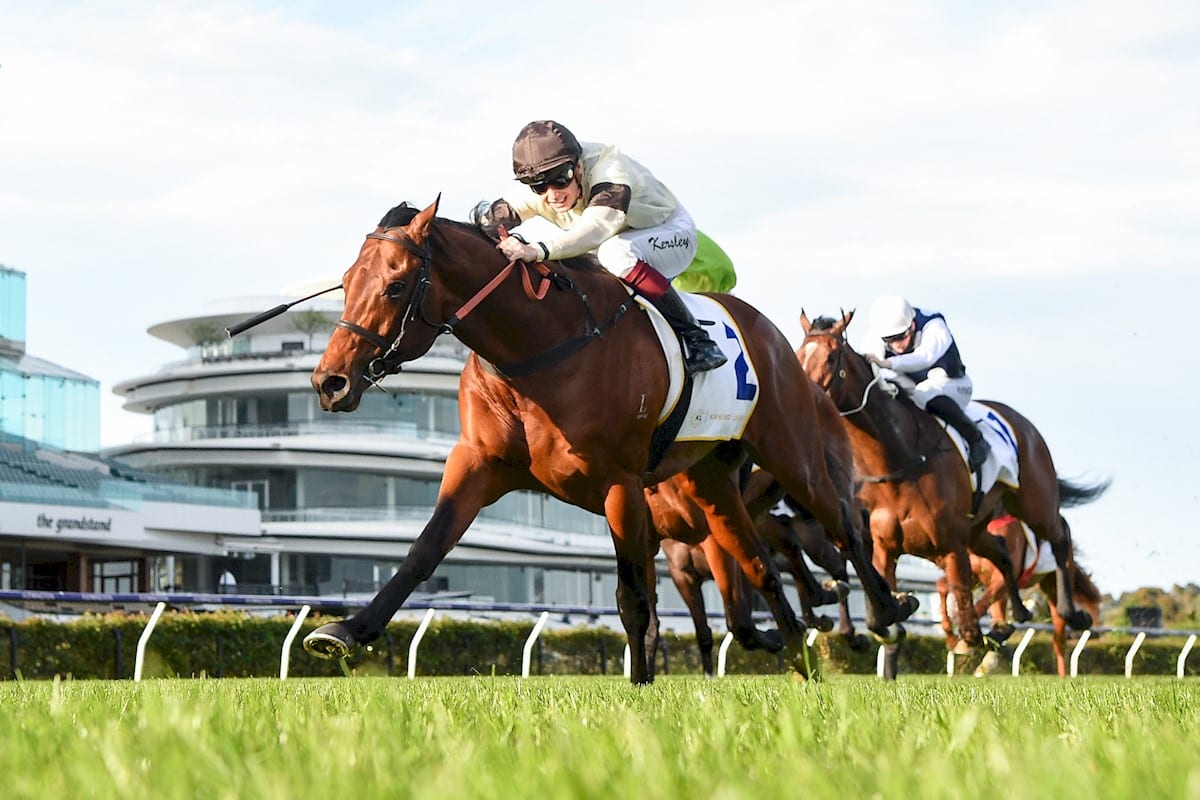 Matt Cumani has opted to send his talented stayer Khoekhoe to the paddock to be gelded and will miss the Queensland Derby.

Coming off a three-length defeat in the Group 3 Rough Habit Plate at Doomben on May 15, the son of Turffontein has been sent to the paddock with his plans for the spring up in the air.

“We are going to geld him and give him a bit of a break, four to six weeks, before bringing him back to Victoria and have a little crack in the spring,” Cumani said.

Cumani revealed that he was open-minded about where to send the three-year-old in the spring with the listed Heatherlie Stakes (1700m) at Caulfield a potential first up start towards the end of August.

“I thought his last run confirmed he wants 2400m,” an inquisitive Cumani said.

Having put the writing on the wall with a win in the listed Super Impose Stakes (1800m) at Flemington on October 3, Khoekhoe is yet to find himself back in the winners’ stall.

Craig Williams made it clear to connections after Khoekhoe’s disappointing performance in the Frank Packer Plate two starts back that his recommendation was to geld him.

“I know he’s a good horse, but today he was terrible attitude wise,” a frustrated Williams revealed on April 24 after the pair were beaten 12.4 lengths in the Frank Packer Plate as a +400 second-elect in the Group 3 event.

Khoekhoe’s recent performances are a long way off his efforts back in the spring where he split Cherry Tortoni and the VRC Derby winner Johnny Get Angry in the Group 2 Moonee Valley Vase on October 24.

Having competed in the Rosehill Guineas and Australian Derby this campaign, it is clear that Cumani has a high opinion of Khoekhoe and will be hoping the ultimate gear change gets him back into the winners stall later in the spring.