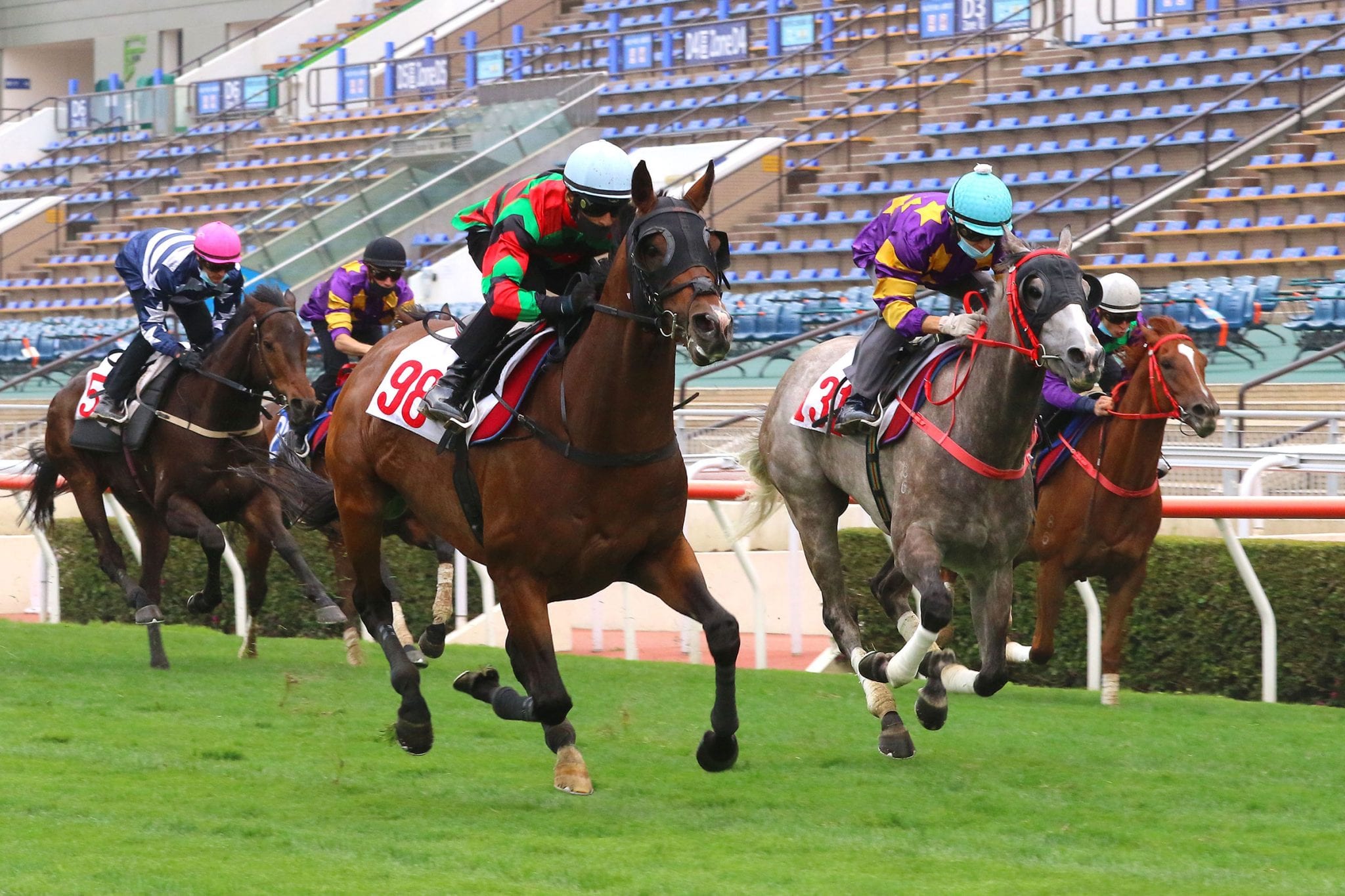 By Irish super sire Galileo out of champion Australian mare Atlantic Jewel, Russian Emperor charged to the line when second over 1800m in the Hong Kong Classic Cup behind Healthy Happy on 21 February, fuelling Teetan’s belief the Ascot Group 3 winner is ready to fire.

“Of course, it’s going to be interesting for Douglas, too. For a new trainer to have a horse like that in the Derby is pretty interesting.

“Hopefully, we do well, his trial was good last week and so we’re looking forward to it.”

Winner of the Group 3 Hampton Court Stakes (1993m) at Ascot on 17 June, 2020, Russian Emperor improved significantly in the Hong Kong Classic Cup to emerge as one of the leading Derby contenders.

“He trialled really nice, it was my first sit on him,” Callan said. “He’s a typical European, French horse.

“He’s not a horse you want to be bustling along early, so we’ll just let him find his feet. Once he balances himself up – he’s not a very big horse – and gets into his stride, he hits the line quite strong.

“So, I think the step up in trip is going to be a big plus for him. Obviously, it’s a very open race. There are horses rated higher than him, but I think he can maybe surprise a few. I do like the way he trialled.”

“He’s a nice, kind horse and if he can relax – and it’s against his own age group – it’s an unknown, but we’re hoping for the best,” Chadwick said.

“I’ve ridden in the Derby before but this time it’s a bit more special. There’s an important question mark against this horse’s name (in terms of stamina), but it looks like this is my best chance – that’s the way I’m seeing it.”