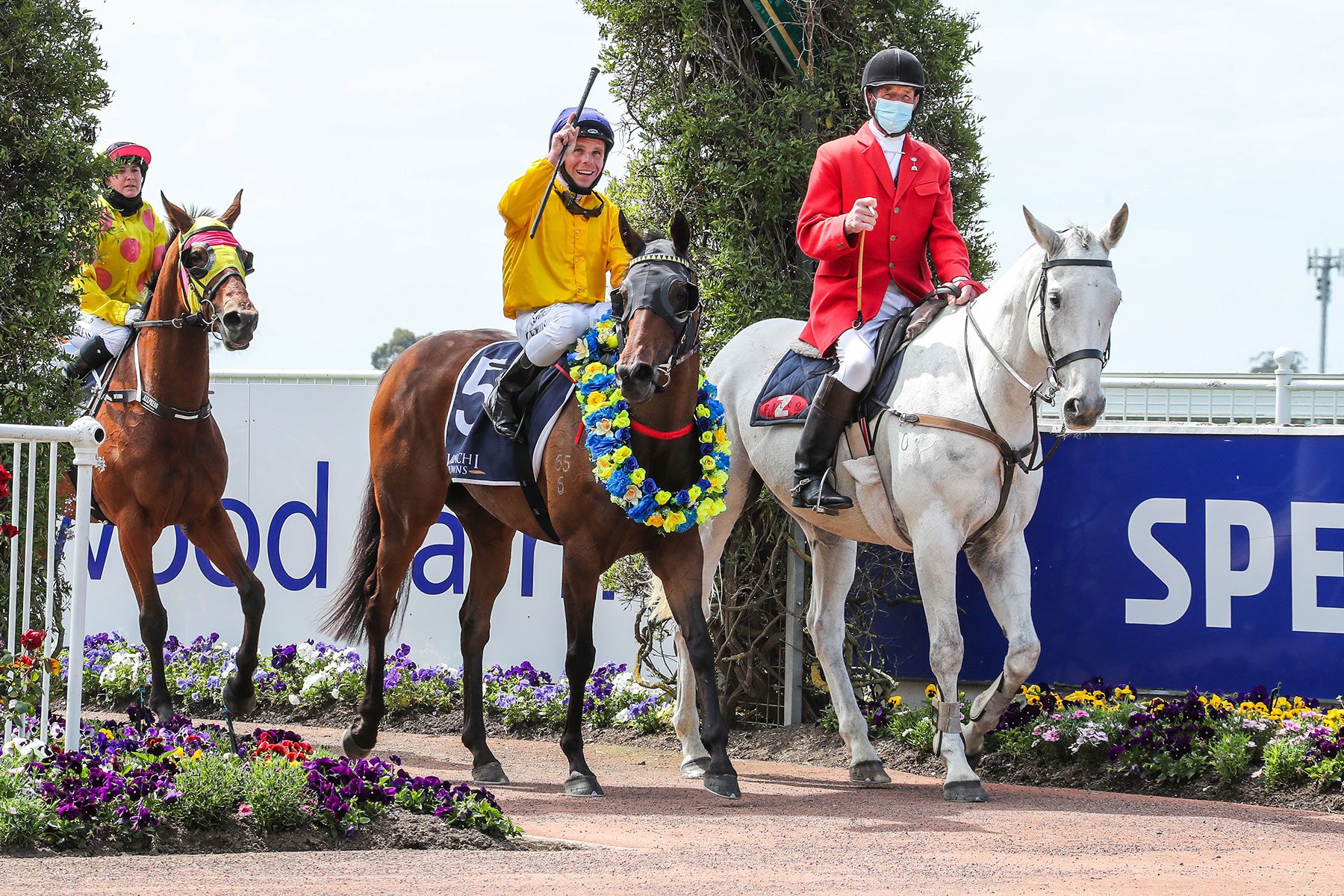 Five-year-old mare Karalino landed the Group 3 Valachi Downs Canterbury Breeders’ Stakes (1400m) for trainers Stephen Autridge and Kris Shailer in a dramatic finish to the fillies and mares feature at Riccarton on Wednesday.

Race favourite Providenceprovides had shot clear and was being hailed the winner when she collided with the running rail and became unbalanced with 100m to run, gifting Karalino the win, with Beneficial running into second as Providenceprovides scrambled to a close-up third.

To the victor goes the spoils and history will record that Karalino is now a valuable Group Three winner, carrying the colours of race sponsor Kevin and Jo Hickman’s Valachi Downs, no less.

The daughter of Zacinto had previously been placed at Group Three level on two occasions but had not finished in the top three in 10 starts heading into Wednesday’s triumph, and winning rider Craig Grylls believed the addition of blinkers played an important role.

“I got caught three-wide the trip but had cover the whole race,” Grylls said.

“She travelled nice and generously throughout and I thought I was at least going to run second. I am not sure what happened to the other horse (Providenceprovides). I saw her back-end stumble and she lost her momentum and lucky enough for me Karalino was able to get to the line really strong.

“It’s great for Kevin and Jo Hickman at Valachi Downs. They obviously sponsor the race and they will be absolutely rapt.

“I galloped her on Saturday morning down here (Riccarton) and she had the blinkers on which did seem to sharpen her up quite a lot. It is a great result for all concerned.”

Tony Pike, trainer of Providenceprovides was rueing the lost opportunity, but put it down to the vagaries of horse racing and was proud of his third-placed mare, in addition to stablemate London Bound, who closed well for fourth.

“Just watching the replay, and Michael (McNab, jockey) looked at it in the stipes room, the running rail just had a slight kink in it and she just brushed it with her hind quarters,” Pike said.

“Obviously she just over-reacted with the feeling of it and completely lost her action for five or six strides.

“It is just another way to lose a race when you’re pretty much home and hosed.

“For all intents and purposes she has run super and was pretty much going to win by a reasonably decent margin. I can’t recall one finding a way to get beaten when that far in front 100 metres from the post.

“London Bound also ran super from a wide trip. Sarah (Macnab, jockey) rode her well and she is well placed and there is no reason why she won’t stick some black-type somewhere along the way through the season.

“Providenceprovides looks very promising. She was only having her seventh start and is only just starting to mature. If she keeps heading the right way she should be pretty competitive in fillies and mares races through the season.

“Flying back from Christchurch is a huge help. They will all come back on Tuesday so she will probably only have a week or ten days in the paddock and then we will probably target some nice races at Ellerslie.”