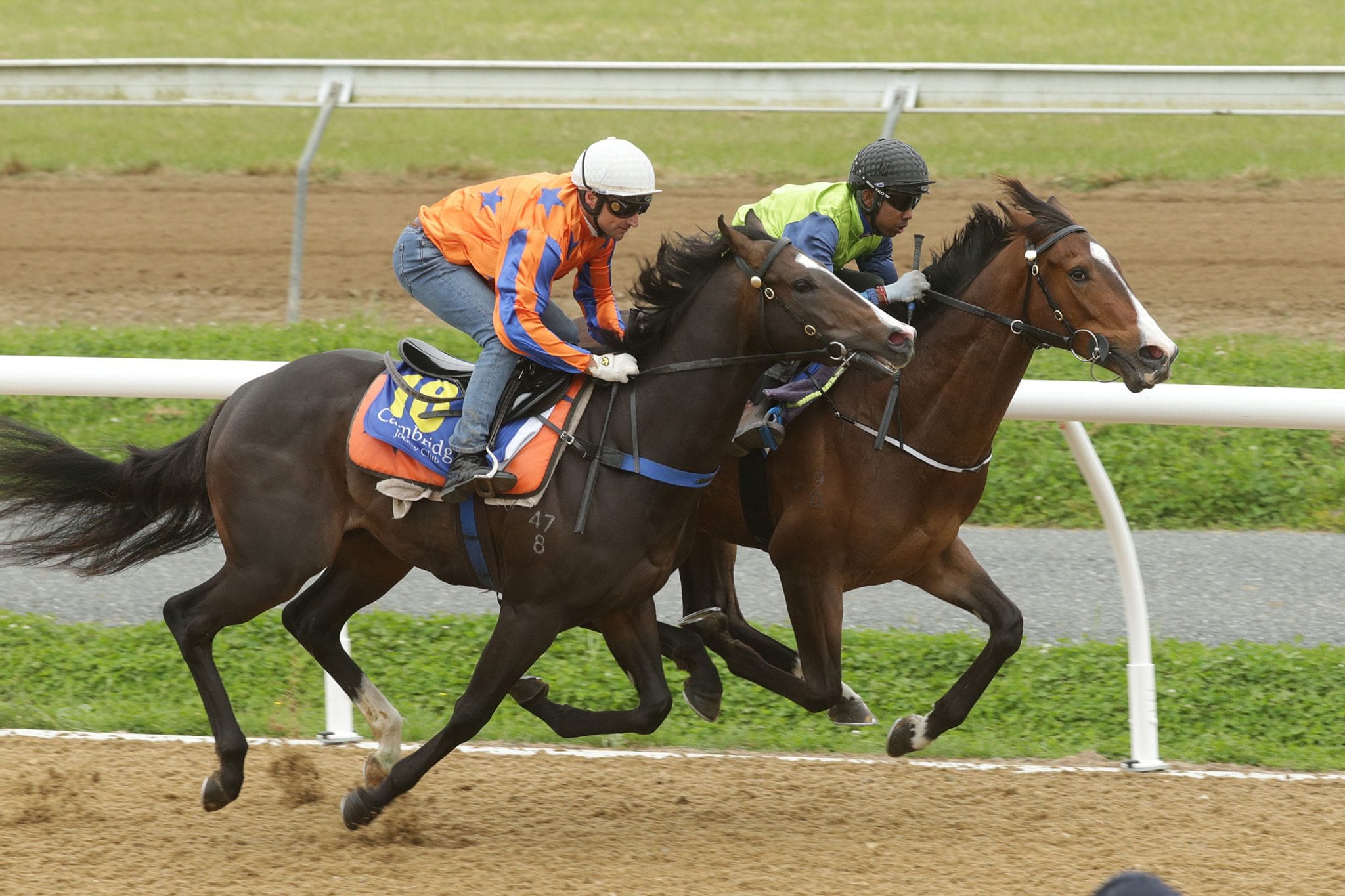 Cambridge trainer Andrew Campbell is looking towards the lucrative Karaka Million twilight meeting in January with a couple of his promising juveniles. The Tivaci colt out of Sir Percy mare Salford Art, and the Highly Recommended colt out of O’Reilly mare Borntobeirish won their respective two-year-old 800m trial heats on the Cambridge Jockey Club’s new synthetic track on Tuesday.

“I am rapt with the track. It was pretty even and every horse got its chance,” Campbell said. “It is so even and consistent. Everyone was thinking it was going to be a frontrunners bias, but they were coming from everywhere. Everyone that I have spoken to have been positive.”

Campbell purchased the Tivaci colt out of Brighthill Farm’s New Zealand Bloodstock Book 2 Yearling Sale draft for $24,000 earlier this year, while he paid $5,000 for the Highly Recommended colt out of Berkley Stud’s draft.

Both juveniles have impressed Campbell from early on and he believes they are capable of qualifying for the $1M DoubleTree On Hilton Karaka Million 2YO (1200m) at Ellerslie on January 23. “They did everything right today so we will head to a race in the near future providing they pull up well,” Campbell said.

“I like them both, but they are two different horses. The Tivaci didn’t show a heap early on but he has just improved all the time and today he was pretty impressive. “The other one ran a better time today and he’s pretty tough, he never gives it away. “Our main aim is trying to get them to the Karaka Million. If they are good enough they will go overseas at three.”