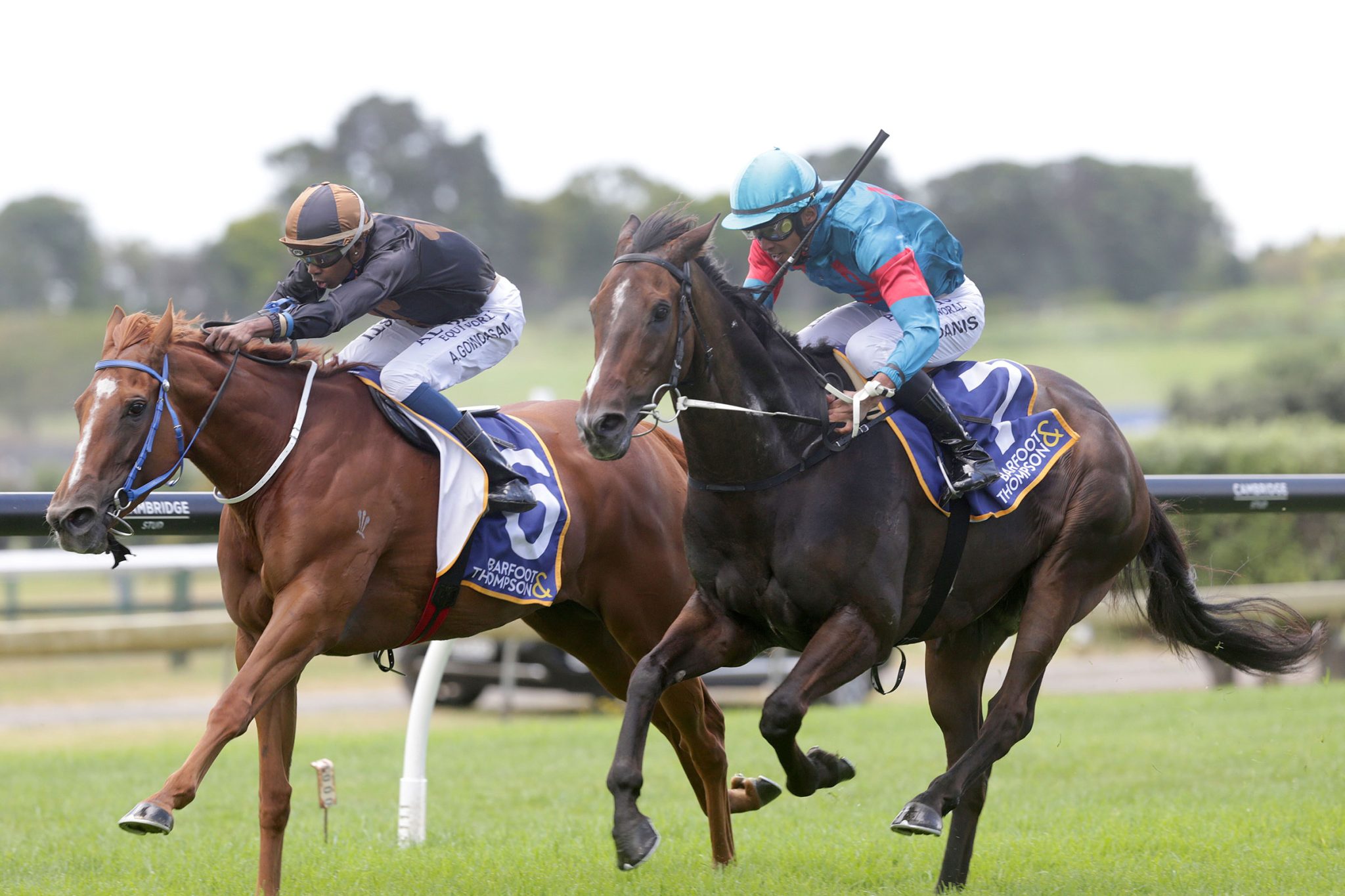 A horse brought back to New Zealand with jumps racing in mind will be seeking two big prizes without obstacles in the way in the next two weeks.

Owner-trainer Chris Faulkner is planning to start Notabadharada in the Collinson Forex Karaka Cup (2200m) at Ellerslie on Saturday, and then back him up the following week in the Group 3 NZ Campus of Innovation & Sport Wellington Cup (3200m) at Trentham.

A NZD$7000 purchase from Grangewilliam Stud at the 2017 New Zealand Bloodstock National Yearling Sale, Notabadharada began his career with then Masterton-based trainer Kylie Little. He had four starts as a late two-year-old and early three-year-old before being sent to Jim and Greg Lee in New South Wales.

There he won three races over two and a half years before Faulkner brought him back to Pukekohe.

“Kylie said early on that he’d go to open company, no problem, so we sent him to Sydney, but he was a very unlucky horse over there,” Faulkner said.

“He probably should have won another five over there. He was getting blocked for runs in four-horse fields, which was very frustrating.”

Since then he has started nine times for three victories, the most recent in an open handicap over 2100m at Ellerslie on January 9.

“We brought him back to win a Great Northern with him,” Faulkner said.

“We also hoped to qualify him for the Jericho last year but he had one qualifying race in Australia cancelled and the Taranaki qualifier here was brought forward a week and he wasn’t ready for that.”

Instead he’s won at Rotorua, Riccarton, and then Ellerslie, when he rallied strongly down the straight after being left a little flat-footed as the field turned in.

“I believe he’s improved a little bit since then,” Faulkner said. “Our target is the Wellington Cup and the lead-up in Wellington isn’t suitable this weekend, so the Karaka Cup is ideal.”

Darren Danis, who rode Notabadharada to victory at Ellerslie, will be reunited with him for the Karaka Cup and probably the Wellington Cup.

Just seven horses were nominated for the Karaka Cup on Tuesday, with the field dominated by multiple Group One winner Tiptronic, the winner of the race last year, who will be allotted 63.5kg topweight with three-kilo claiming apprentice Erin Leighton to ride.

Faulkner is a drainage contractor by trade but he’s had a long history with horses. Most notably he was in partnership for a time with Cliff Fenwick at Takanini, at a time when Fenwick’s star stayer Lord Reims won the Group 1 Caulfield Cup (2400m) and three editions of the Group 1 Adelaide Cup (3200m).

If Notabadharada performs well there and at Trentham, another trip across the Tasman is possible – for the Warrnambool Cup (2350m) on May 5.

“It depends on whether we can go over to Australia by then,” he said.

Notabadharada is owned by Faulkner and Jean Bibby, who took over the share when her husband Paul died. They are big supporters of jumps racing and last year sponsored the Paul Bibby Memorial Great Northern Hurdle.