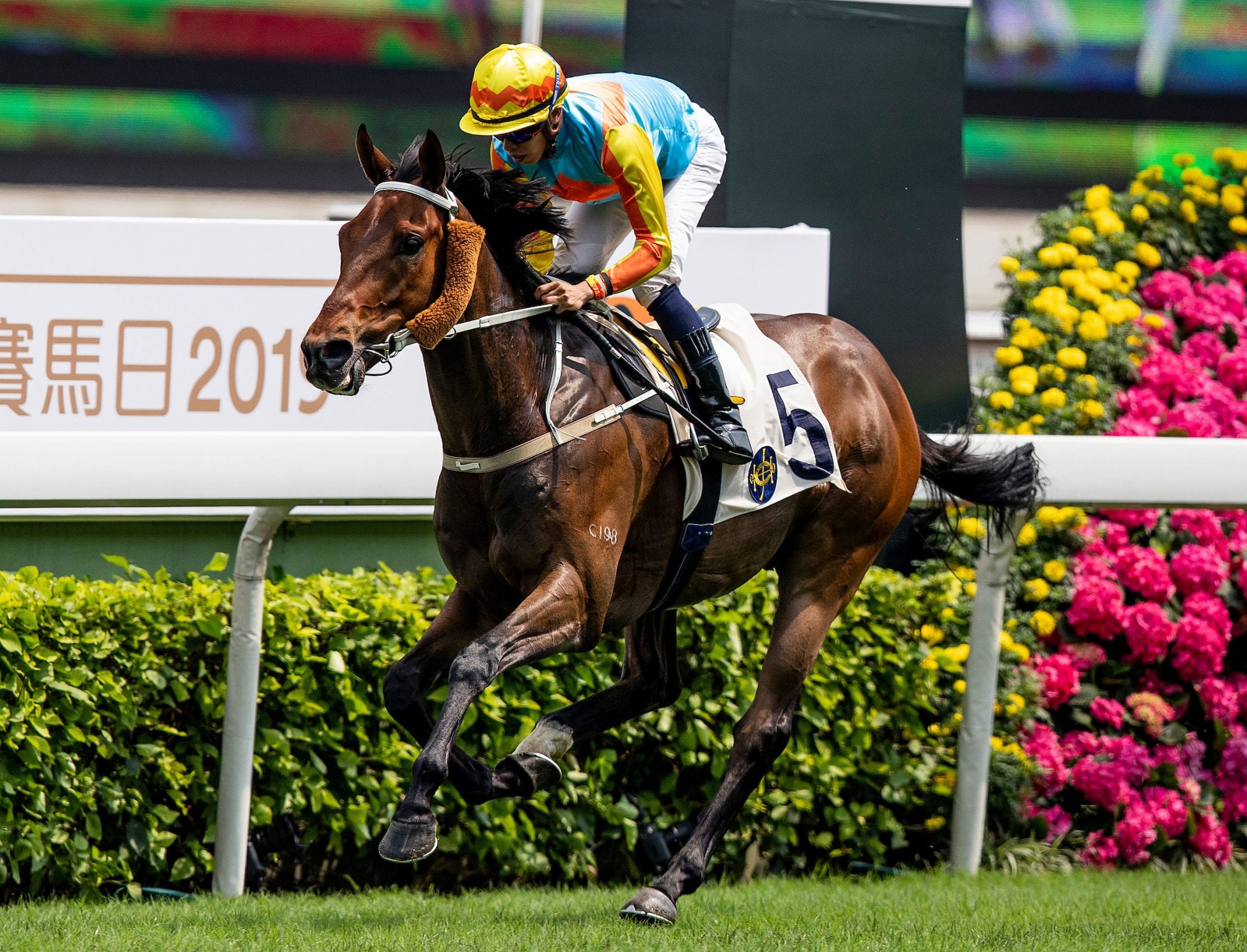 Chad Schofield is undaunted as he prepares to partner Ka Ying Star against the might of Beauty Generation and Golden Sixty in the Group 3 Celebration Cup Handicap (1400m) at Sha Tin on Sunday (27 September).

“It’s a Group 3 race, it’s a big race and he’s a high-quality horse,” Schofield said. “They are definitely going to have to be on their game to reel him in because he goes out there and races hard – we definitely won’t die wondering with him.”

While the HK$3.5 million contest sees the long-awaited clash between Beauty Generation and Golden Sixty, nine others are entered to see if they can spoil the party including the consistent five-year-old, who is eyeing back-to-back Group 3 wins.

Ka Ying Star made all for a tough victory in the Group 3 Lion Rock Trophy Handicap (1600m) last season, with Schofield in the plate. The pair staved off a wall of challengers including Southern Legend, who, the start before, had narrowly edged Beauty Generation in the Group 1 FWD Champions Mile.

“Ka Ying Star is a horse that makes his own luck: he’s a high-rolling, on-pace runner who always gives his all, so although he’s meeting two champions, he’s a very good horse in his own right,” Schofield said.

In the Lion Rock Trophy, the Cityscape gelding also defeated Dances With Dragon, who crushed his rivals by over four lengths in the Group 3 Premier Plate Handicap (1800m) the next time he ran, and is entered along with Southern Legend for trainer Caspar Fownes in Sunday’s seven-furlong test.

But while Ka Ying Star’s current form bodes well, he has only beaten Beauty Generation once, when grabbing second to Waikuku in the Group 2 Jockey Club Mile last November, a race in which the champ kept on for third.

The British import previously known as Urban Aspect has shown that he is a consistent, tough, on-pace galloper, and with only 19 Hong Kong starts to his name and having three years on the veteran Beauty Generation, he might still be approaching his peak. But the Tony Cruz-trained galloper must also face another with youth on his side: Four-Year-Old Classic Series hero, Golden Sixty.

“He’s got the age advantage on Beauty Generation,” Schofield emphasised. “Beauty Generation is getting older, so hopefully (Ka Ying Star) is the next in line to put his hand up and really contest the big Group 1 races later on.”

A probable Group 1 LONGINES Hong Kong Mile tilt is a long-term target and the bay warmed up for his seasonal return with a 1200m dirt track tune-up, staying on for second behind stablemate and multiple Group 1-placed Thanks Forever.

“He felt good in his trial – he trialled similarly before he won the Group 3 Lion Rock Trophy last season and I don’t think he’s a horse who likes the dirt that much but his trial definitely was pleasing,” Schofield said.

Trainer Cruz was pleased with his hit-out on the dirt: “He ran second in the trial – I was very happy with that,” he said.