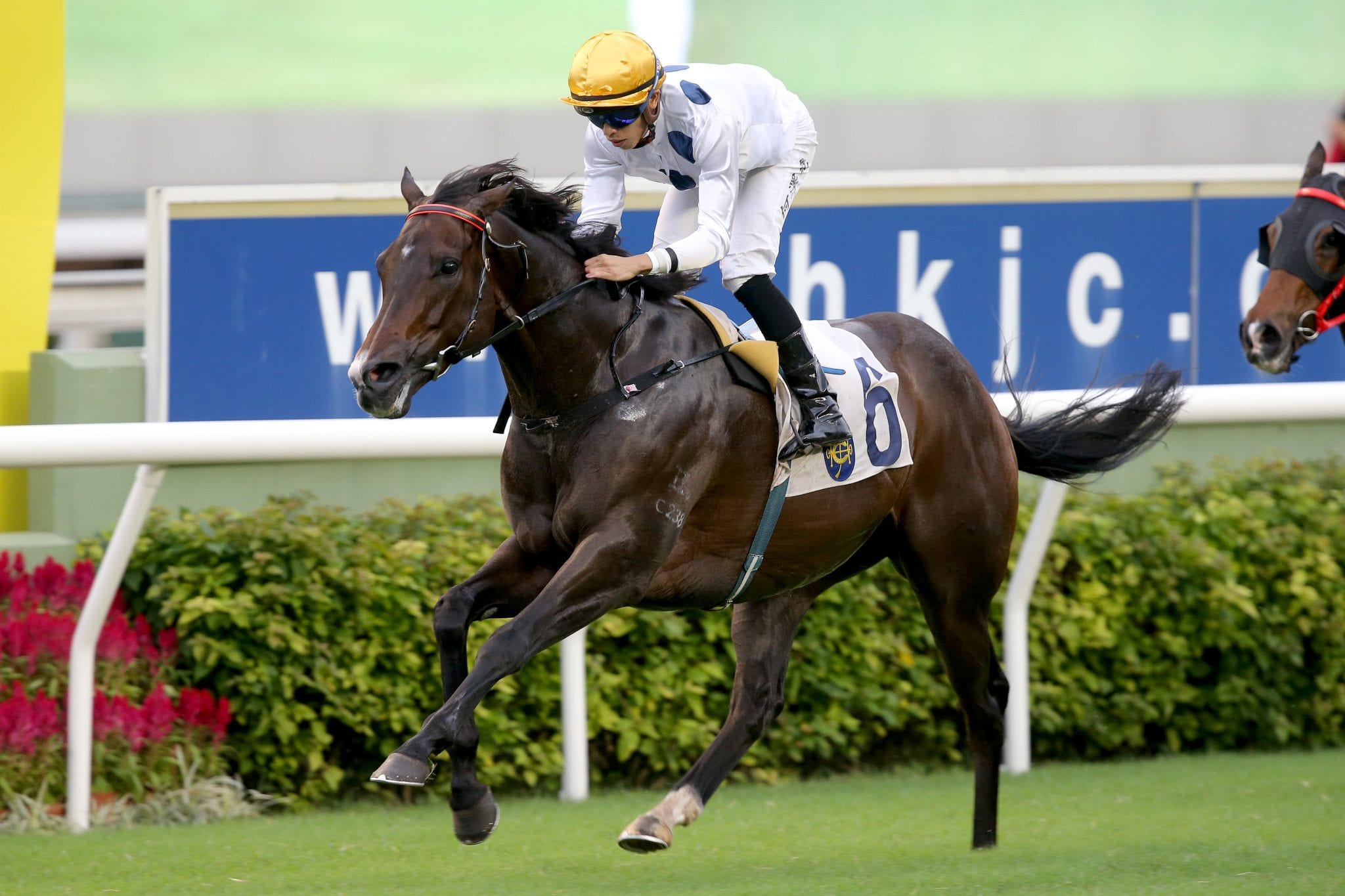 Golden Sixty has improved from his first-up win according to trainer Francis Lui as the BMW Hong Kong Derby hero shoots for his ninth victory in a row in Sunday’s (18 October) Group 2 Oriental Watch Sha Tin Trophy Handicap (1600m).

“He’s good, he’s come on from last start when it was his first-up run from the break and this time he’s condition has improved,” Lui said.

The Medaglia d’Oro gelding last season became the second horse in history to clean sweep the Four-Year-Old Classic Series and he returned this campaign with an exciting first-up win over Beauty Generation in last month’s Group 3 Celebration Cup Handicap (1400m).

“He’s good, he galloped on the grass and because of the typhoon it was delayed until Wednesday, and also this morning he had a good canter around the big track,” Lui said.

Tropical Storm Nangka skipped past Hong Kong but that threat delayed both his and Beauty Generation’s grass gallops on Tuesday, and, after toppling the veteran champ first up with an 17lb weight allowance, this time the gap between the pair will only be 10lb.

“I have my fingers crossed, it’s hard to say that I’m confident as I’m just trying my best – I don’t want to put too much pressure on myself,” Lui said.

“There’s no doubt it’s going to be a much more even contest, he still has the advantage at the weights but I think it’ll be interesting this time,” Purton said.

And, while Golden Sixty shoots to keep his streak alive and close in on Beauty Generation’s 10-in-a-row, the latter is looking to create more history of his own: victory this weekend would give the David Hayes-trained galloper a record-setting 19 Hong Kong wins – having clocked his previous triumphs under the care of John Moore – the others locked on 18 wins are Silent Witness and Super Win.

“I thought it was a good effort last time, he’s had such a long time off that he was a little bit rusty and it took him a little bit of time early on in the race to get into his rhythm, it’s not his normal racing pattern,” Purton said.

“I thought he handled it really well – it was a bit of a stop-start run race and those horses made that early move and got first run on him but once he was able to sort of get himself into the clear I thought he ran a good race.”

Purton will be in the plate at the weekend and the pair will break from gate five against 11 others, including Golden Sixty who steps away just outside of him in gate six.

“He’s just a little bit sluggish in his work, in his trial and in that race, but he’s getting a little bit sharper as time goes on,” Purton said. “He’s an older horse now so it’s going to take that little bit of extra time for him to switch back on. But he’s getting there and I think we’ll see a different horse this weekend and I think he’ll continue to improve after this run.”

Beauty Generation’s 10-race win streak was ended in this contest last year but the champion jockey was quick to quash any second-up concerns this time around.

“I think he’s taken benefit out of the first-up run, he still feels nice and fresh, if anything I think he’s going in the right direction instead of being flat from that first-up run,” Purton said.