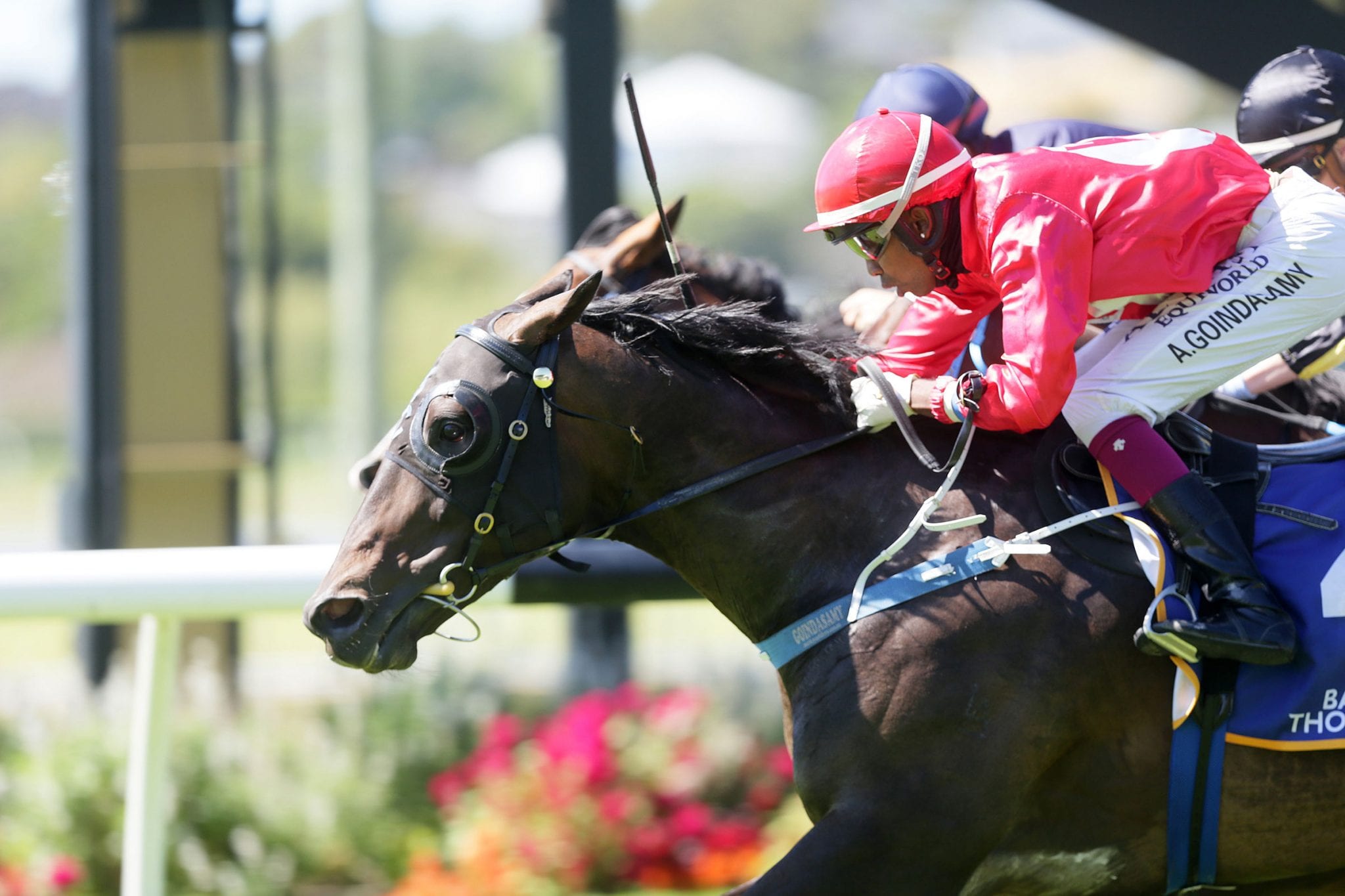 Consistent sprinter Justacanta got his just rewards for some outstanding efforts of late when he closed out a stylish victory in open company over 1200m at Ellerslie on Saturday. The seven-year-old son of Per Incanto had not tasted success since a victory at the venue back in October, but in four subsequent starts since that day had registered some phenomenal performances in defeat.

The Shaun and Emma Clotworthy-trained galloper had finished an unlucky second to promising mare Entriviere in the Group 3 Concorde Handicap (1200m) on Karaka Million night after travelling three and four-wide for a greater part of the contest.

That followed his eighth placing in the Group 1 Sistema Railway (1200m) on New Year’s Day where he produced the second fastest closing splits from the 800m onwards, his times only bettered by eventual third placegetter Levante.

Shaun Clotworthy had plenty of confidence heading into Saturday’s contest and so it proved as Justacanta sat back in the early stages before blasting home out wide to claim victory.

“He’s a game little horse who has been honest right the way through,” Clotworthy said. “He deserved to pick up a race like that as his last few runs have been very good.

“His sectionals in the Railway were super and he closed off really well off a wide run in the Concorde.

“He’s always been slow away from the gates and he was again on Saturday, but there was some really good speed up front that suited him.

“He always puts in and I guess the only surprising thing yesterday was the price (+840) he paid.”

Clotworthy has no immediate plans for his charge but is keen to race him through the autumn as he does enjoy tracks with some give in them.

“He’s not really up to the top echelon of sprinters but he’s not that far behind either,” he said. “He appreciates some cut in the track so I can see him extending this campaign until the tracks get too deep for him.

“We don’t really have a target for him, so he can have a few easy days in the swimming pool and then we will look around for his next race.”

Clotworthy is also excited to have two of the most promising members of his stable back in work with two-year-old Seven Twenty and two-race winner Edit back after a brief break.

“Seven Twenty had an easy time after running in the Karaka Million 2YO (1200m) and had her first gallop yesterday,” he said. “She worked up nicely and at this stage we are aiming at the Sistema Stakes (Group 1, 1200m) on Auckland Cup Day.

“She is also nommed for the Sires’ Produce Stakes (Group 1, 1400m) at Awapuni in April and I think the 1400m there would suit her nicely.

“Edit has had an easy time after running fourth in the Stella Artois Championship Final (1500m) on Boxing Day.

“He’s a very promising type in just his first preparation and is back now to get ready for the autumn.

“He might have a run on Auckland Cup day, but we’re not too sure what we will aim him at.

“If he did come up as we think he could, he might even be an outside chance to take to Brisbane in the winter, but for now we will just concentrate on what opportunities there are for him here.”