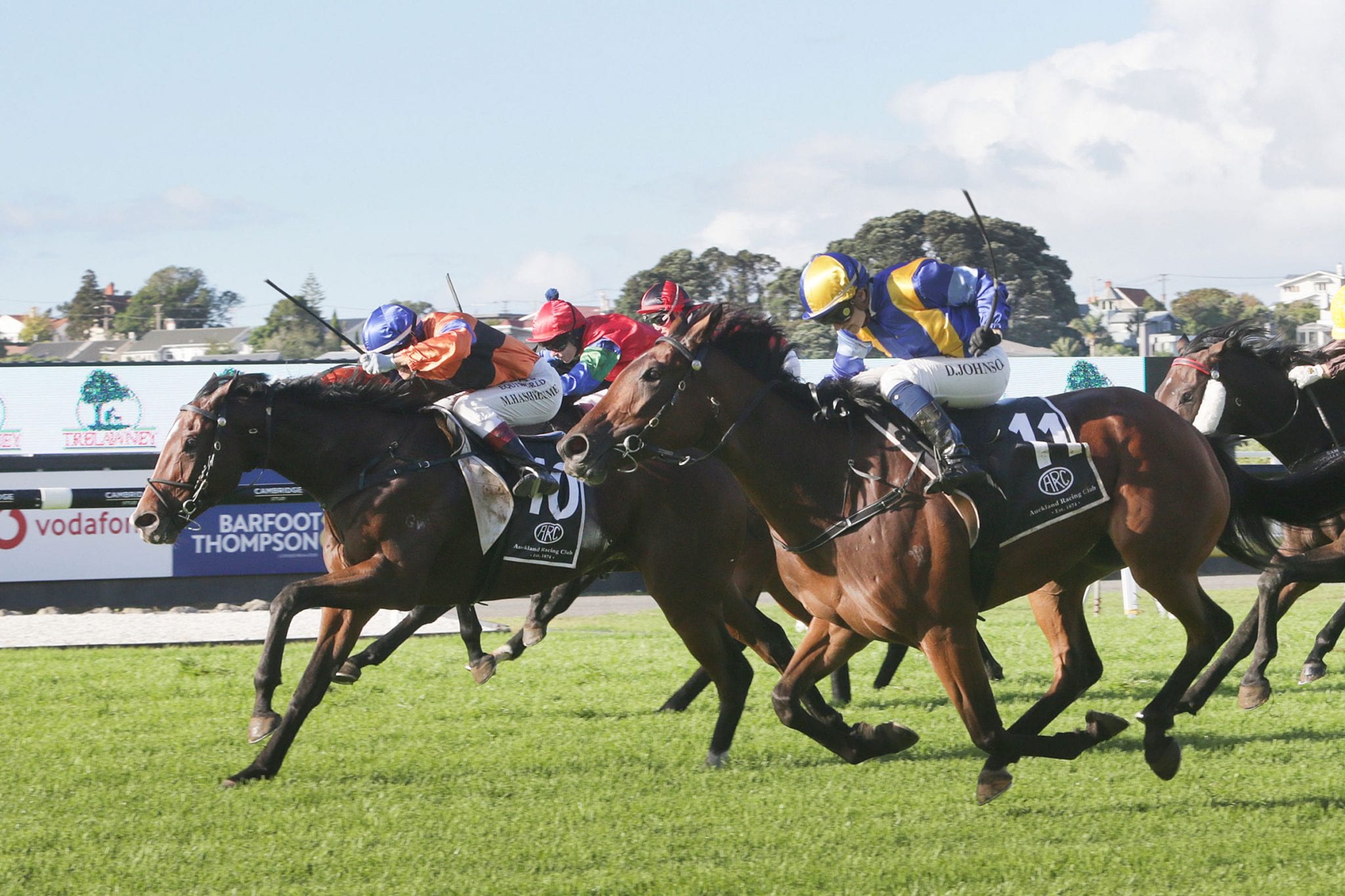 Hezashocka will likely get his chance at Derby glory after his last start heroics.

The Shaun and Emma Clotworthy-trained gelding was victorious in the Group 2 Championship Stakes (2100m) at just his third start at Ellerslie late last month and now he is in line to contest the Group 1 Queensland Derby (2400m).

“Hezashocka has come through the race well, I have been pleased with his progress over the last week,” Shaun Clotworthy said.

“At this stage he is heading to the Queensland Derby, he will definitely lap up the 2400m.”

Clotworthy said the trip has been made a lot easier with the trans-Tasman travel bubble opening up between New Zealand and Australia, allowing him to accompany his charge to Australia.

Stablemates Seven Twenty and Justacanta will also travel to Australia in the near future, but will enter the care of Australian-based trainers.

“Seven Twenty will hop on a plane to Australia in about 10 days. She has been back in for a bit of pre-training before going to Australia.

“Justacanta is back in work, but he will be heading to Australia to Patrick Payne at the end of the month.”

While a couple of the stable’s headliners are travelling across the Tasman, Clotworthy is looking forward to winter racing, particularly with jumper Arite Guru, who placed in the Waikato Hurdle (3200m) last year.

“We have got a couple of jumpers, but not as many wet trackers than we have had in previous years,” he said.

“Arite Guru seems to be coming up nicely this time.”

While Clotworthy has plenty to look forward to over the coming months, his focus is currently set on Ruakaka where he will line-up four runners on Wednesday.

Mach Schnell finished second on debut over 1200m at the Whangarei course last month and Clotworthy is hoping he can go one better this week.

He has dual accepted with the four-year-old gelding for the Adams Trimmer Insurance (1200m) and Homestead Sportsbar Reuben Lewis Memorial (1400m), and is hoping for a couple of scratchings in the former so he can take advantage of the ace draw.

“He has been a long time maturing, but he trialled up nicely before Ruakaka and it was a very good effort on debut,” Clotworthy said.

“He has been working nicely. He had an easy week and has worked up to this race. He has been to Ruakaka before and we are hoping to go one better.”

“Seen It Coming will probably go there because she needs a little bit more experience,” Clotworthy said.

“Abu Dhabi found the track too testing last time and he will improve with the run, and Taumalolo never really got much of a shot at them at Avondale.”