Stakes winner no shock for Clotworthy 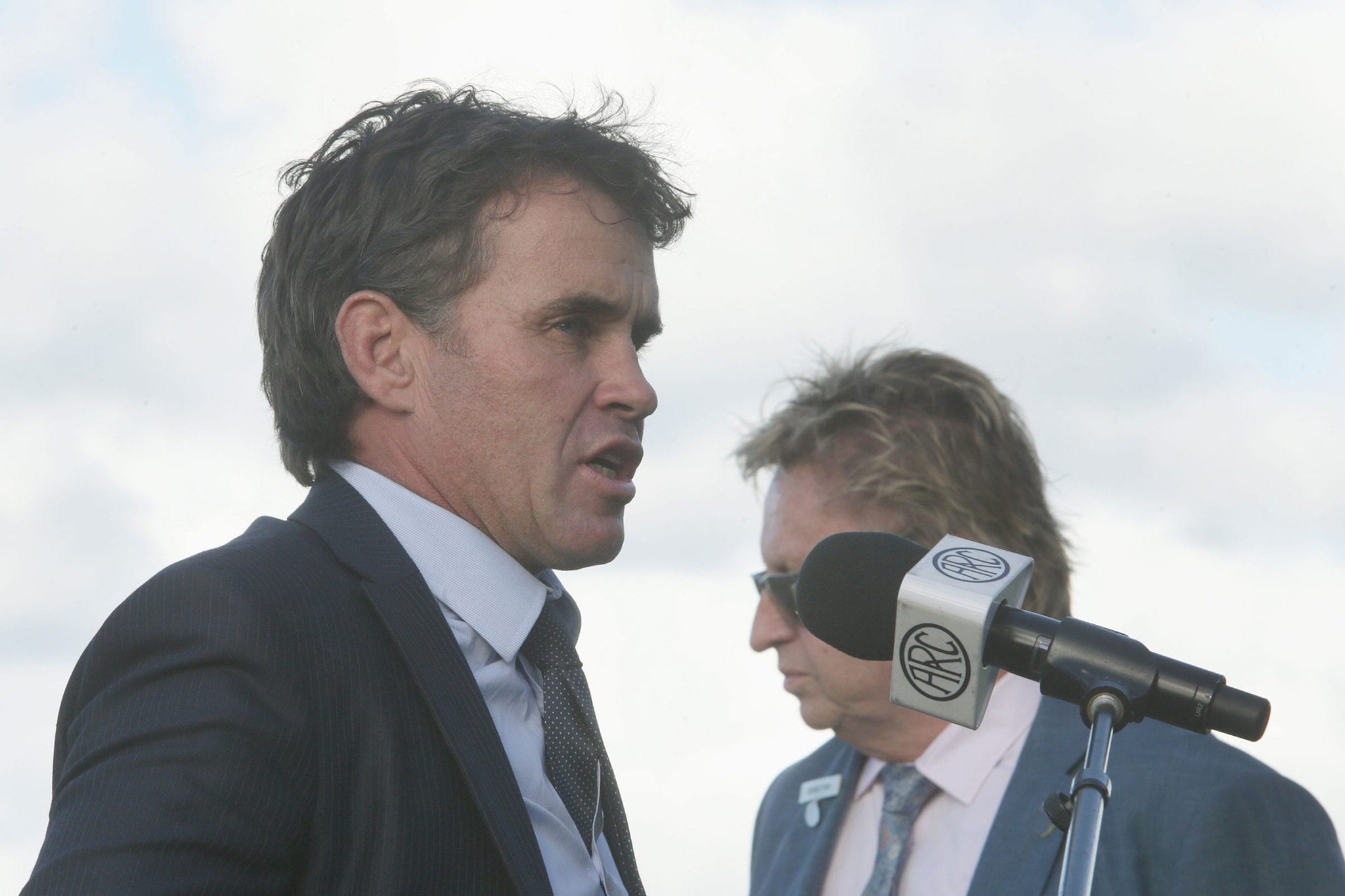 Shaun Clotworthy may have got the last laugh over wife and training partner Emma when strapping three-year-old Hezashocka upset the applecart at Ellerslie on Saturday with his win in the Group 2 Trelawney Stud Championship Stakes (2100m).

Clotworthy had just bought the son of Rich Hill Stud resident stallion Shocking for $18,000 from the Grangewilliam Stud draft during the National Yearling sale Book 3 session at Karaka in 2019, when Emma gave her opinion on the purchase.

“I like buying from Grangewilliam as they produce very genuine horses and we had picked up some nice types from them before,” he said.

“Emma bagged me as soon as she found out I’d bought this one, as she said he would take too long to mature.

“I think she may have changed her mind now.

“He’s a very leggy type of horse and I think COVID-19 was a good thing for him as it meant we could take our time with him and let him grow up a bit before putting any pressure on him.

“He’s probably still at least six months away from being a fully developed horse, so I think he could be a very handy stayer next season.”

Most people were questioning the value of entering Hezashocka in the Group Two contest with just two starts under his belt and still a maiden, but Clotworthy was convinced he wouldn’t be out of his depth.

“He’s a beautiful horse to sit on and has a massive stride on him,” he said.

“We actually think he needs a better track, but we were prepared to give him his chance on a wet surface yesterday.

“He went a really good race first up for second behind a nice type (Marchioness) and then he had a run at Ellerslie which was really just a chance to get him familiar with the track over a distance that was too sharp for him.

“He showed plenty of fight in the home straight on Saturday and got the prize for us.”

Making the victory even more special for Clotworthy was the fact that it was the first stakes win in partnership with his wife and also involved a group of close family friends in the ownership of the horse.

“It’s a neat bunch of people in the horse including Leon and Elaine Mountfort, John Scalmer and Hauby (Keith Haub),” Clotworthy said.

“They have all been involved with us for years, so to get a stakes victory for them is pretty special.

“It was also great for Emma and me to get our first black type success as we haven’t had that many winners this season (9), although we’ve had plenty of seconds (24).

“We are really just in the process of rebuilding our team.

“It’s tough out there at present and we really want to see the amalgamation of Counties, Ellerslie and Avondale go through which will be a massive boost to the region and all of New Zealand racing.”