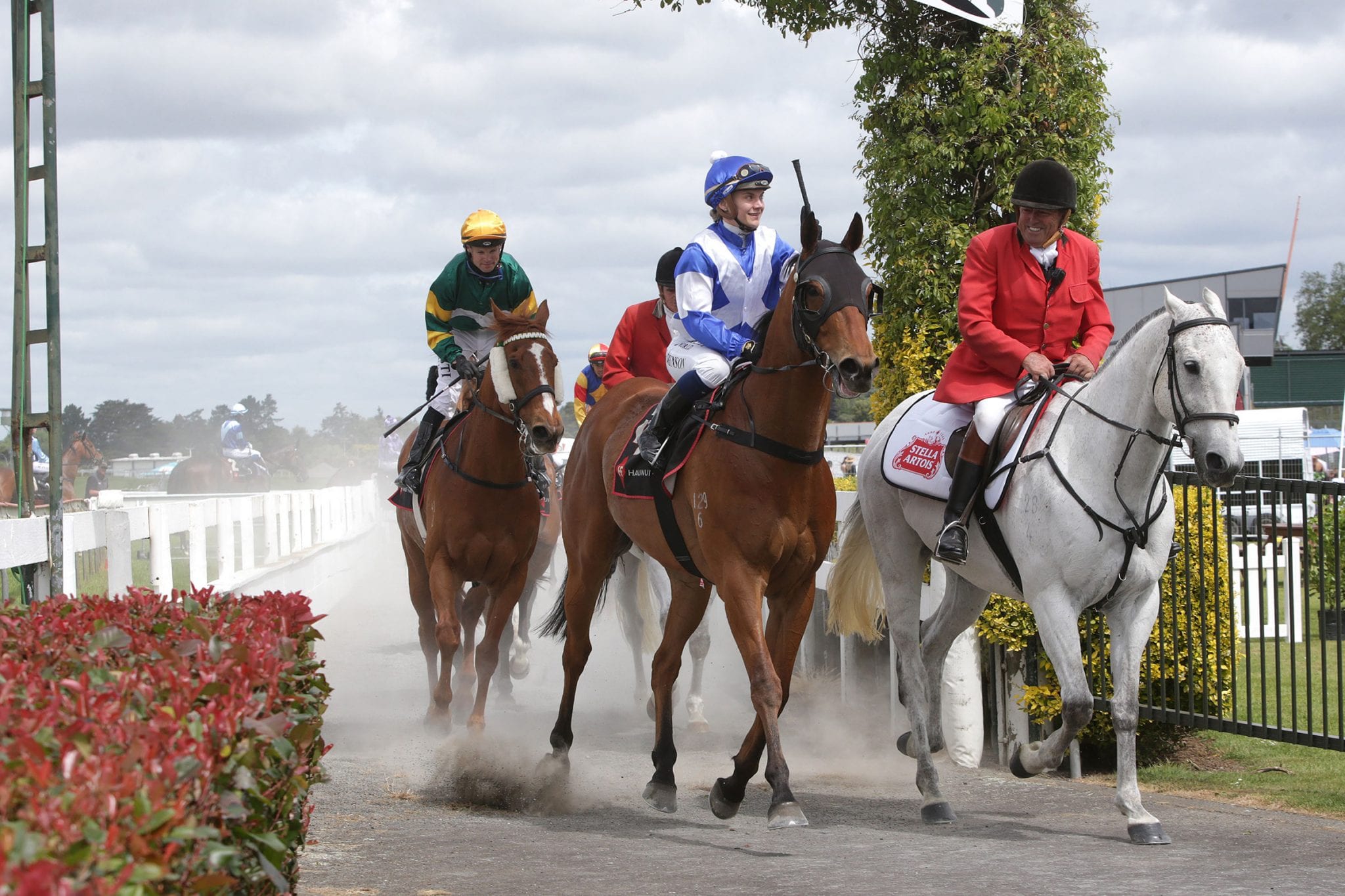 Promising galloper Edit provided further evidence of his racetrack talent when he dashed home for a decisive victory over 1200m at Pukekohe on Saturday. In the hands of runaway Jockeys’ premiership leader Danielle Johnson, the Swiss Ace gelding made it back-to-back victories after opening his winning account at Ellerslie earlier in the month.

Johnson’s calculated risk to settle the Shaun and Emma Clotworthy-trained four-year-old off the pace on Saturday paid dividends as Edit unleashed a powerful sprint finish in the closing stages of the rating 65 contest to sweep past his rivals and set himself up for bigger challenges on the horizon. “He’s still learning the game and he got caught on the post at his first two starts when he knocked off a little bit,” Shaun Clotworthy said.

“We were conscious of not getting to the front too early on Saturday so Danielle made the decision to ride him a little colder and it has paid off. “He actually got back a little further than we expected but he has done it easy enough and ran through the line really nicely. “He gets there (the lead) quickly and probably was there too quickly in his previous races so it was a nice effort and he looks quite a promising horse.”

Clotworthy has his charge nominated for the Stella Artois Championship Final (1500m) at Ellerslie on Boxing Day and is keen to get him qualified for a start in the race as his next target. “We were looking at giving him that run yesterday and see what unfolded before deciding on where we would go next,” he said. “There is a race at Ellerslie for him on December 10 over 1300m, so if he went well there then we would press on to the Stella Artois on Boxing Day.”

While Clotworthy has kept his charge to the sprint distances for his first two starts he does believe that Edit’s pedigree suggests he can get over more ground in the future. A full brother to the stakes placed Lucky Edie, Edit is the grandson of Group 1 Auckland Cup (3200m) and Group 1 Melbourne Cup (3200m) mare Jezabeel.

“Danielle said to us last time that she thought he wanted a mile but we freshened him up for Saturday’s race instead as it fitted his programme better,” Clotworthy said. “Having that Zabeel factor in his pedigree stands him in good stead to get up to a mile at least in the near future. “We’ve taken our time with him but he is quite a mature type now after having a few issues early and just needs to get more experience under his belt.”

Although that was just the fourth win for Clotworthy and his wife Emma this season, he believes the stable has turned the corner and is about to get on a winning roll. “The horses have been performing consistently but we have had seventeen seconds so far this season, which has been a little frustrating,” he said.

“We just have to convert a few of those into wins and we will be going well. “We have a team of promising horses around us with horses like Edit and I thought our other two runners on the day both went well too. “Justacanta finished fifth in the Counties Bowl (Listed, 1100m) in a quality field without getting all the breaks in the home straight while Triomphe finished off well to run a close fourth over a mile in the last race.

“We’ve got Justacanta entered for the Railway (Group 1, 1200m) on New Year’s day at Ellerslie and he will strike a fairly similar field to what he met on Saturday. “He will have one more run before then and if he goes well then hopefully, he can make the Railway field.

“Triomphe is entered for the Dunstan Feeds Stayers Championship Final (2200m) on the same day. He will have a run over 2000m next and then straight into the Dunstan after that.”