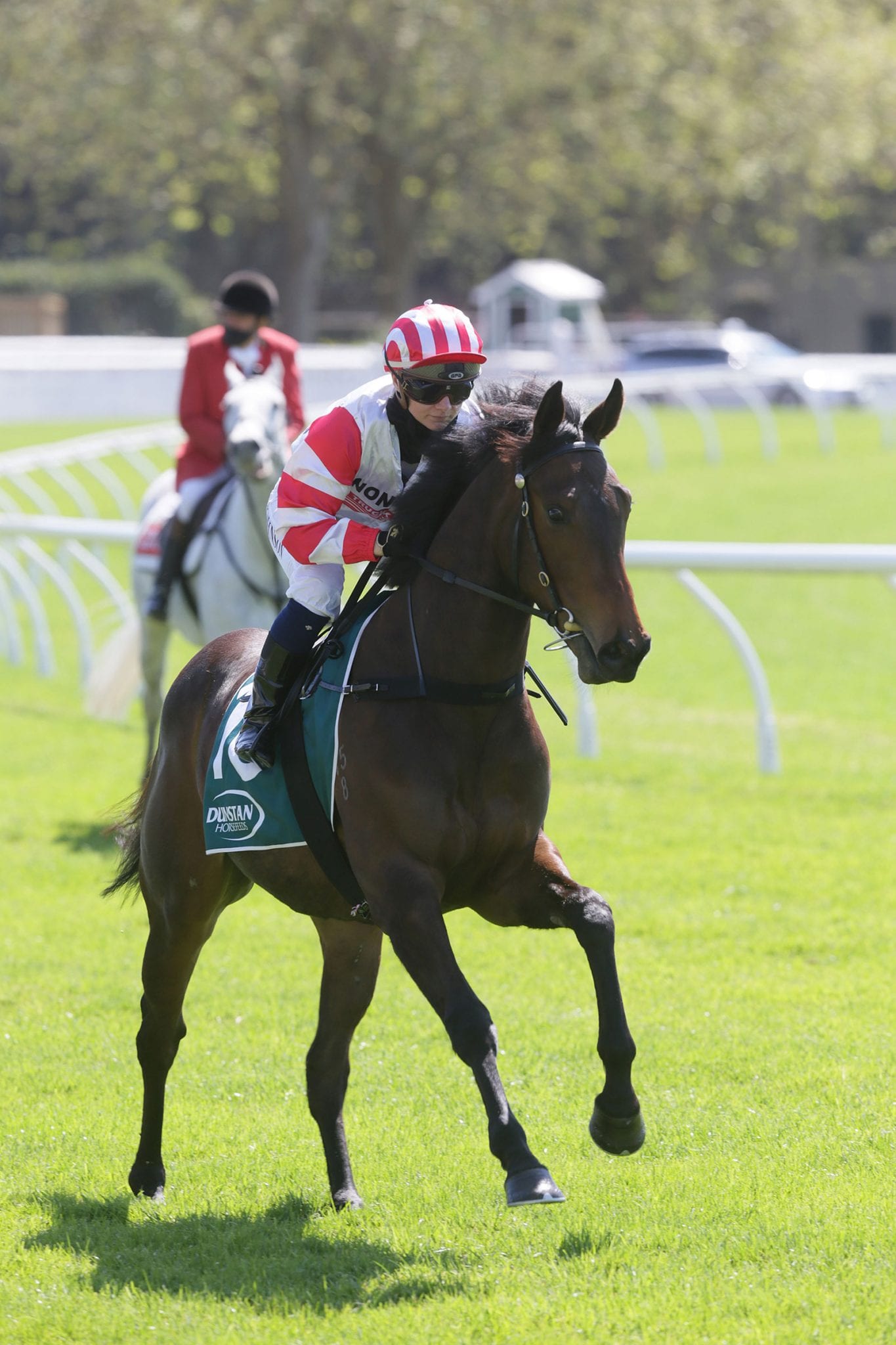 Shaun and Emma Clotworthy will take their Byerley Park stable into uncharted territory at Ellerslie this weekend. The couple will saddle their $14,000 yearling purchase Seven Twenty in Saturday’s DoubleTree by Hilton Karaka Million 2YO (1200m), giving them their first taste of the lucrative juvenile sprint for graduates of New Zealand Bloodstock’s yearling sales.

“She’s our first ever runner in the race,” Shaun Clotworthy said. “It’s a pretty proud achievement for a smaller stable like ours, and we’re really looking forward to it.”

The daughter of Power has had two starts for two placings, both at Ellerslie. She finished third behind Quattro Quinta over 880m on debut in late September, then returned to the same venue on Boxing Day for a second to Palamos.

Seven Twenty will be ridden by Wiremu Pinn on Saturday and is currently rated a $13 chance. Purchase prices in this year’s Karaka Million 2YO field range from $9,000 for Cherokee Warrior up to $280,000 for Western Springs, and Seven Twenty’s $14,000 is the second-lowest price in the line-up.

Clotworthy bought her from the Book 3 draft of Seaton Park. “She just struck me as quite a good athlete when I saw her last year,” Clotworthy said. “The half-sister Tivaan Warrior was going quite well at the time too, so I thought she might be good value at the price.

“When we were breaking her in, we saw that she was a really natural two-year-old type, so we decided to target this race with her. “It’s all fallen into place, especially when she ran second in that race on Boxing Day. That meant we were able to set her for this weekend without having to give her another run in between. It’s worked out really well. “She seems fit and well heading into the race, and we’re really happy with her. We think she’s ready to run a big race – we’ll find out tomorrow.”

Seven Twenty has had an ownership change during that four-week gap, with major Australian syndicators OTI Racing securing a 50 percent share. “They became involved with the filly after Boxing Day,” Clotworthy said. “Terry Henderson (OTI Racing principal) quite liked her after that performance, and he was keen for one of his syndicates to have a Karaka Million runner. We were delighted to welcome them on board.”

Success with Seven Twenty has put a spring in Clotworthy’s step in the lead-up to this year’s edition of the Karaka sales. “It’s definitely given us a bit of confidence to head back there again this year to try to buy some more horses,” he said. “We’ve already had a good look at a few yearlings, and we’ll be doing so again over the next few days.”

The stable will have dual representation on Saturday’s star-studded twilight programme at Ellerslie, with Justacanta also lining up in the Group 3 Brighthill Farm Concorde Handicap (1200m). The seven-year-old son of Per Incanto was a last-start eighth in the Group 1 Sistema Railway (1200m), making up ground late in the race to finish only 3.1 lengths from the winner, Avantage. He drops from 55kg to 53kg under the handicap conditions of this race.

“He’s been going nicely,” Clotworthy said. “He’s probably just not quite up to the very top-class sprint races, and he always drops back and needs a bit of luck to go his way in the running. He’s drawn the outside this weekend. “I think he’s definitely better off under handicap conditions than the set weights and penalties of the Railway. We’re really happy with him. I think he’s the best he’s been in a long time.”