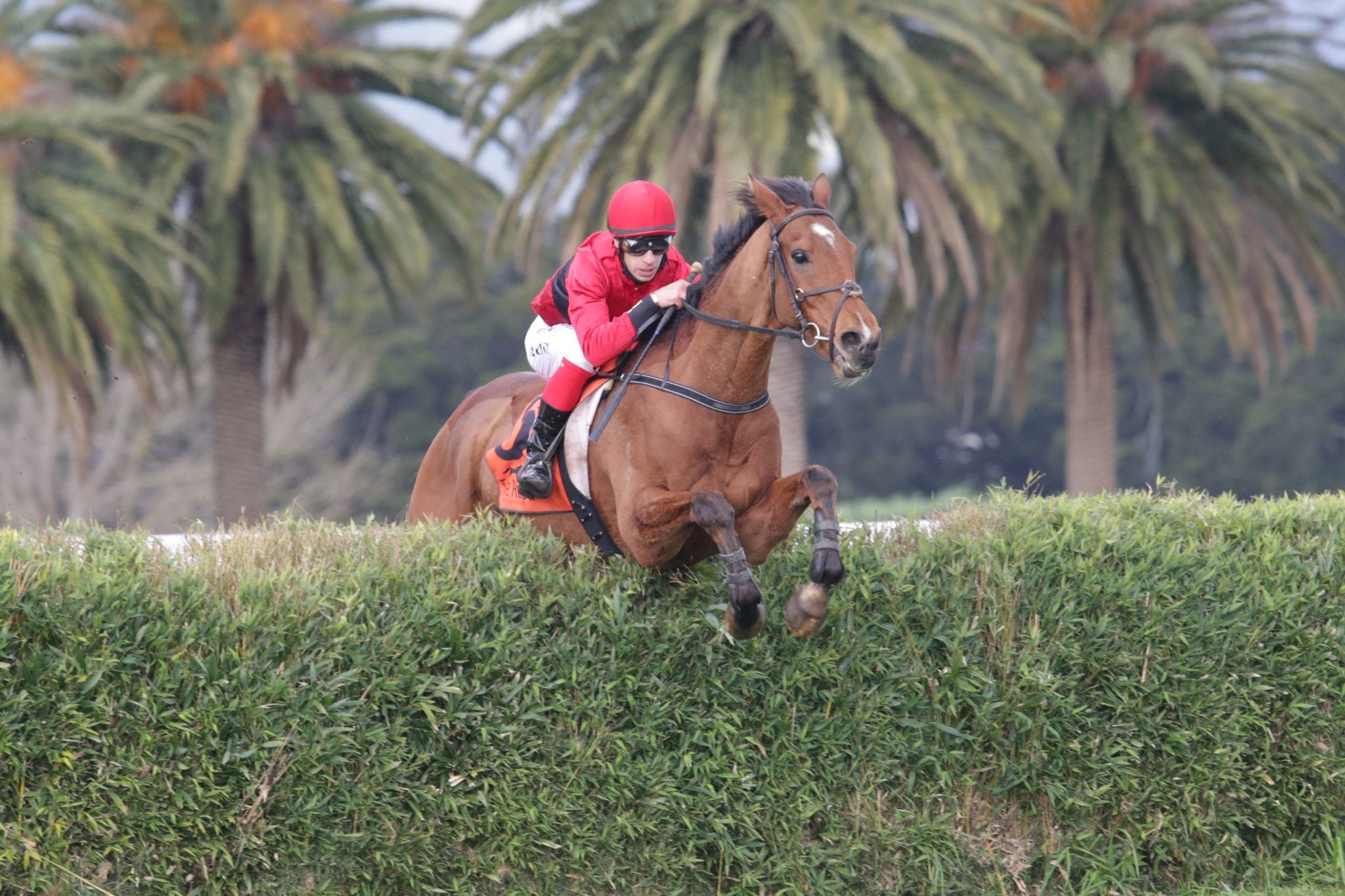 Hastings trainer Paul Nelson is looking forward to lining up two of his top jumpers at his home meeting on Wednesday. Nelson, who trains in partnership with Corrina McDougall, will line-up a trio of runners in the Windsor Park Plate Raceday 3 October (2100m), including Wellington Hurdle (3400m) winner No Tip and Hawke’s Bay Steeplechase (4800m) winner Perry Mason.

Lightly raced eight-year-old No Tip has had just the five jumping starts for two wins and two placings and Nelson is hoping to improve that tally in the coming month. The son of Mettre En Jeu finished fifth first-up at Awapuni earlier this month and Nelson said he is just trying to get some race miles into the horse before some of the feature hurdles. “I was very happy with his first-up run, he has come through it really well,” Nelson said. “The improved track (Slow8) might not be the greatest help to him, but we have just got to get a bit of racing into him.”

Nelson said his team have faced a lengthy and interrupted preparation as a result of the COVID-19 pandemic restrictions earlier in the year, but he is hoping their efforts will pay off this year. “We are very happy with him, but it has been a long journey to get here,” Nelson said. “They have been in and out of work. They have had a very long preparation with a three week break in the middle, which wasn’t ideal.”

Nelson was impressed with No Tip’s efforts last season and he will once again be aiming to take out some of the Northern jumping spoils this year. “He went really well for a horse who had done nothing, I think he has only had 13 starts,” he said. “We will be looking at the better Hurdle races with him again.”

Stablemate Perry Mason put in a puzzling performance first-up in a 3900m steeplechase at Te Rapa a fortnight ago, being pulled up by jockey Aaron Kuru, but Nelson said they haven’t been able to find anything wrong with the rising 11-year-old. “Aaron pulled him up at Waikato. We don’t seem to have found anything that is wrong and his work has been really good, so tomorrow will tell us a bit more.

“The four kilo claim (with apprentice jockey Elen Nicholas) will be a bit of help if he shows a bit of pace.” If he comes through the race well he will return to Te Rapa in an effort to redeem his last start performance. “He will go to the Waikato Chase to start with and then hopefully be back here in the Hawke’s Bay. He will tell us where we are going,” Nelson said.

Trueman will be the stable’s third runner in the race and Nelson said he just wants to get a line on the future jumper. “We haven’t got the best out of him. He could be a very nice horse, but things just haven’t gone his way,” he said. “Hopefully he might be somewhere near it tomorrow. He has had a few jumping trials, so that looks like that will be his way.”

Nelson will also line-up debutant Lizzed in the Power Farming Hawke’s Bay Maiden (1650m) and The Anarchist and Raucous in the Bostock NZ Spring Carnival Maiden (2100m). “Lizzed is a nice big horse but he’s probably still a bit weak.” Nelson said. “He has had a few jump outs and has shown a bit of pace, but we will get an idea on him tomorrow. “Raucous, we haven’t had him long, but he is a nice, big, lovely horse by Nom du Jeu and hopefully he can show a bit, while The Anarchist will run in the steeplechase at Te Aroha on Sunday as well.”