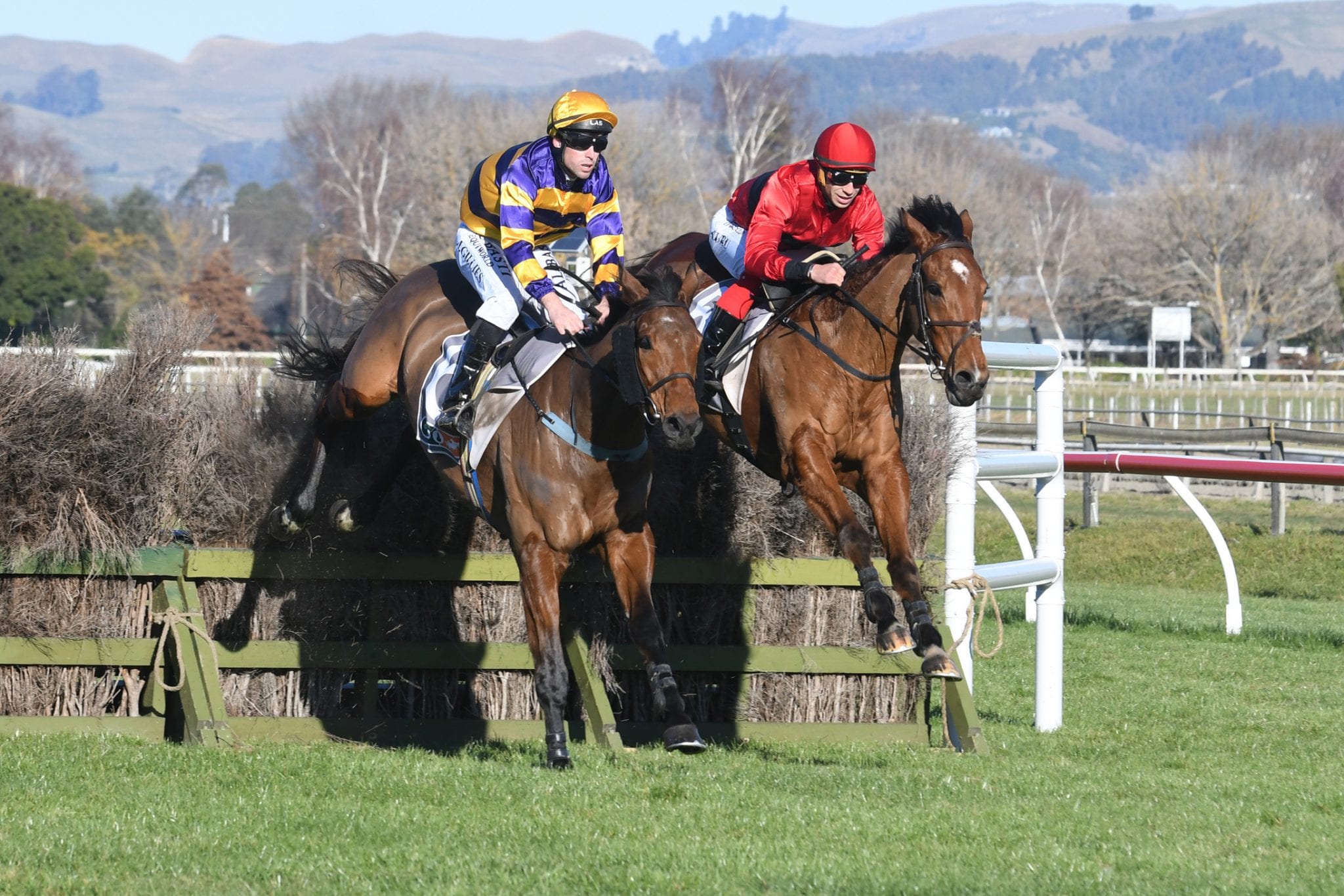 The Grant Plumbing Wellington Steeplechase (5500m) holds some great memories for Hastings trainer Paul Nelson and he hopes to add another victory in the race at Trentham on Saturday. Nelson has been one of Hawke’s Bay’s top trainers for many years, concentrating mainly on jumpers and has produced well in excess of 200 winners since he started training in the mid-1970s.

His first major success came in the 1987 Wellington Steeplechase with Storm. “It does bring back some wonderful memories. It has happened a couple of times (winning the race) but it has been a long time since the first one in 1987,” he said. “Most of those in the riding ranks wouldn’t have been born then. We have been very lucky.” Nelson, who trains in partnership with Corrina McDougal, will line-up Perry Mason and Zardetto in the feature jumps race.

Perry Mason will head into Saturday off the back of winning the Hawke’s Bay Steeplechase (4800m) at Hastings last month and Nelson said the nine-year-old son of Zed has come into his own as an older horse. “His Hawke’s Bay Steeples run hasn’t done him any harm,” Nelson said. “The track will be good on the inside and then when you hit the straight we could be working, but he seems to handle both types of going. “We were lucky enough to get him from Sylvia Kay and when we got him she said we won’t see the best of him till he is eight or nine. “She said it had been a very slow maturing family all they way through and it has probably proved that with this horse.”

Prior to his victory at Hastings, Perry Mason finished runner-up in the McGregor Grant Steeplechase (4150m) at Ellerslie and Nelson has been pleased with his progress over the winter months. “His run in the McGregor Grant was really good, it was his first steeplechase for the winter. He then backed it up at Hawke’s Bay,” he said. “His form this season from July on has been pretty nice and he has been impeccable. It is another race on Saturday, but we are hoping he can go just as well again.”

The stable will also line-up Zardetto, who finished third to his stablemate in the Hawke’s Bay Steeplechase, and Nelson is expecting a similar result this weekend. “We are happy with him,” Nelson said. “He galloped on Tuesday morning and it was probably the best he has galloped this time in. “He just seems a different horse this year. He has had a lot of bad luck with injuries and hopefully he is injury free at the moment. “His form reads well. I think the other horse might just have a bit younger legs and he probably would have it over him if it went the right way for both of them, but you never know.”

Nelson and McDougal will also be hoping to take out the Anuka Smoker Wellington Hurdle (3400m) with No Tip on Saturday. The son of Mettre En Jeu was victorious on a Heavy11 track in his last hurdles outing at Trentham last month and his connections are hoping for a repeat performance on a similar rated track this weekend. “There is not very much horse, he is pretty light but he does look like he will stay,” Nelson said. “He did handle the bad ground at Wellington last time. I guess that is 75 percent of it if you can handle that Wellington ground you have got a chance.”