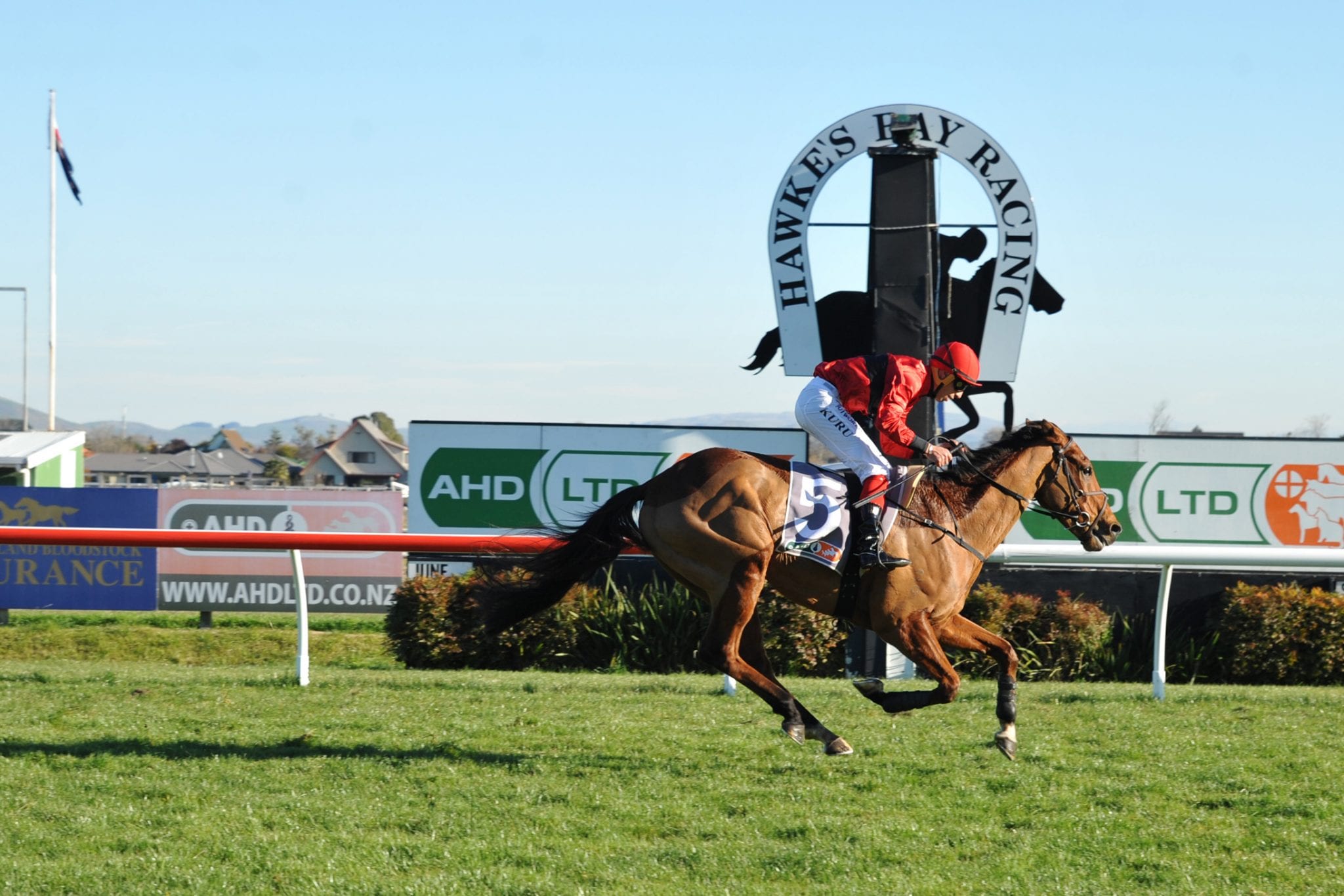 Rider Aaron Kuru had earlier piloted stablemate No Change to a comprehensive victory in the Te Whangai Romneys Hawke’s Bay Hurdle (3100m) with a cool, calm and collected display and produced another gem on the nine-year-old Zed gelding. Jumping fluently throughout Perry Mason put aside any doubt his connections may have had over his ability to handle the Slow7 track as he put the pressure on his rivals a long way out in the second prestige steeplechase event of the year.

Kuru slipped his mount clear with three fences to jump and never looked like stopping as he cruised to the line two lengths clear of 2018 Great Northern Steeplechase (6300m) winner Chocolate Fish with stablemate Zardetto battling on bravely for third. McDougal was fizzing with excitement as she waited to greet Perry Mason and Kuru when they returned to the Hastings birdcage. “It’s really neat and awesome with the support of everyone here,” she said. “He (Perry Mason) is a hard case, he’s pretty cruisy but can get up and truck. “We were worried the track might have been a bit firm and that Zardetto might have been the better chance, but he’s (Perry Mason) pretty cool.”

Kuru, who gave up a promising softball career to pursue his riding dreams, was his usual laidback self as he described the performance and what it meant to him to win the feature jumps double. “To be fair I didn’t think the track would suit him but to his credit he was probably the fittest horse out there,” he said. “Paul had said to me earlier that fitness would get him over the line and I agreed and just went for it. “I don’t ask many questions I just get on and ride. “I’m probably a late bloomer into the racing industry, so when I got the opportunity to ride for Paul and Carol (Nelson), with them being here and me being from here, it was a goal early in my career. “Now it has happened I’m just stoked.”

Perry Mason has proved a revelation since being switched to steeplechasing following three wins on the flat and a victory over hurdles. He has now won four and been placed in three times from his eight steeplechasing starts and will look to further that record in the remaining steeplechase features this winter.