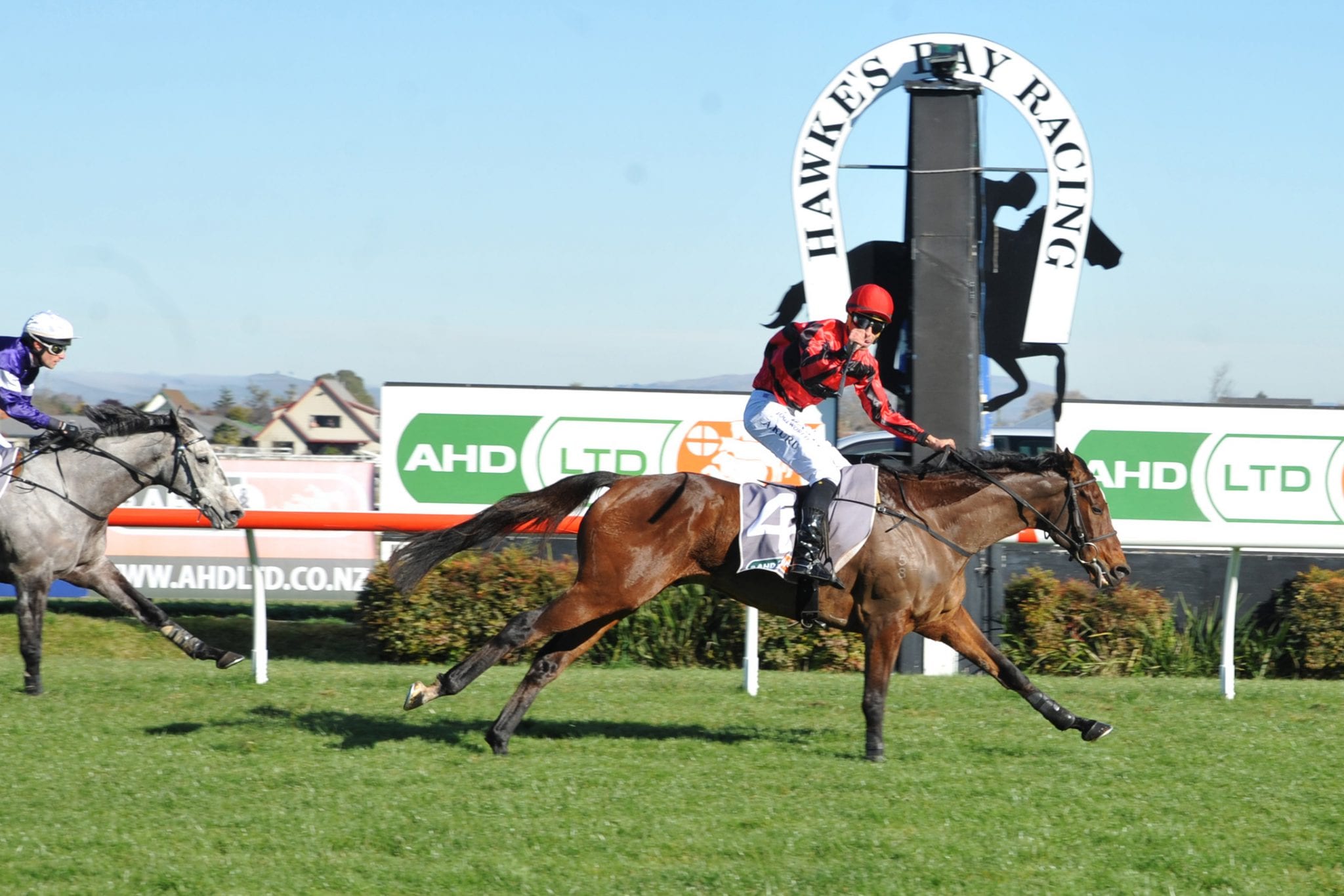 A patient ride from Aaron Kuru paved the way for local runner No Change to take out the feature hurdle race at Hastings on Saturday, the Te Whangai Romneys Hawke’s Bay Hurdle (3100m). The Paul Nelson and Corrina McDougal-trained ten-year-old had been narrowly defeated in the 2018 edition of the race but went one better this season after Kuru timed his run to perfection on him. Settled beautifully by Kuru in a trailing position, No Change jumped efficiently throughout as the pair tracked race favourite Woodsman who set a solid pace out in front.

Kuru angled No Change off the trail with two fences to clear before issuing an irresistible challenge in the final stages to down Woodsman with topweight Laekeeper fighting on bravely for third. Nelson was quick to pay tribute to the ride of Kuru who has been associated with the Nelson stable over many years. “It was a beautiful ride,” Nelson said. “He had him in the right place and got out at the right time. “It just gets better and better as he (Kuru) looks after me and I look after him, so we are thrilled to have him.”

Nelson also believed the prevailing Slow7 track conditions had played in No Change’s favour as he has struggled in the past on the deepest of winter tracks. “I think he (No Change) is very good but he is limited on really bad ground,” he said. “We’ll pick our way through the winter, but I don’t think Wellington (Wellington Hurdle July 13) is the place for him, but we will work something out.” A useful performer on the flat with seven wins, No Change has now added a further four victories from 12 starts over fences, to his career record.

Race favourite Woodsman tried hard to pull his backers through at just his second start over hurdles and wasn’t disgraced in finishing second while Laekeeper signalled he was on target for the major jumping races later in the year after finishing amongst the placegetters in both the Grand National Hurdles (4200m) and Great Northern Hurdle (4200m) in 2018.