Jericho tilt on the cards for Aigne 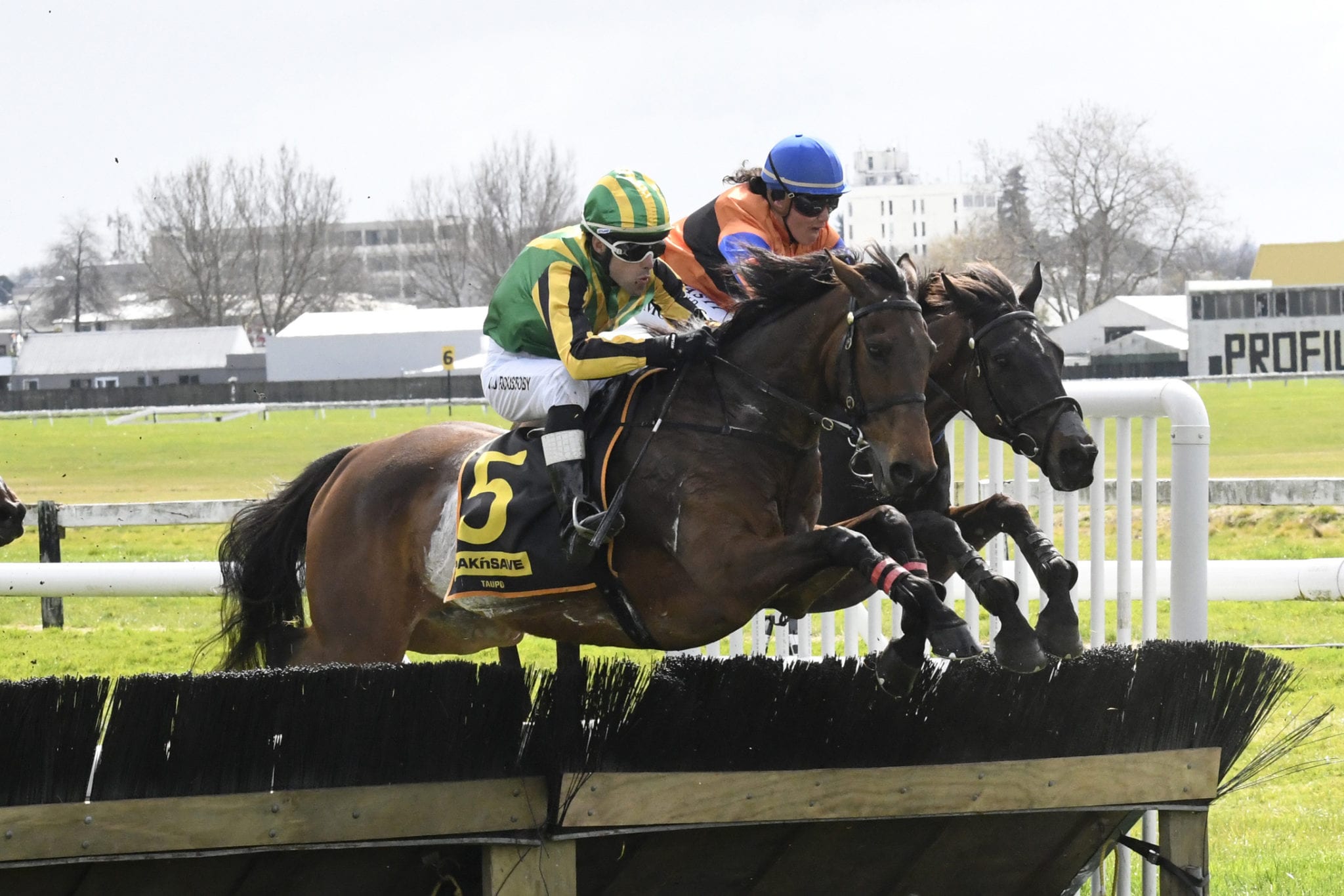 Mystery Creek trainer Neil O’Dowd has set promising jumper Aigne some lofty goals later this year after his impressive 7-3/4 length victory in the Team Wealleans Hurdle (3500m) at Arawa Park on Sunday. Although he was pleased with the win, O’Dowd admitted to feeling slightly anxious heading into the race. “It was a very good run, Michael (Roustoby, jockey) timed it well and went at the right time,” O’Dowd said. “But your heart is in your mouth because it was only his second hurdle start and he was up against open horses and you just hope he jumps well, which he did, except when he fluffed the last one.”

While the seven-year-old gelding now boasts a record of a win and a placing from just the two starts over hurdles, his immediate future lies on the flat, with the ultimate goal being The Jericho Cup (4600m) at Warrnambool on December 1. “There are big things instore for him,” O’Dowd said. “He will go to the Road To The Jericho (3210m) at Taranaki in two weeks (to try and qualify for The Jericho Cup) and then we will see what happens from there.

“If he wins at Taranaki it’s all paid for, so you would be going. “He would go out for two weeks (after New Plymouth) and then he would come back in and run in a 2400m at Auckland at the end of October. “Then he’ll go to Christchurch for the New Zealand Cup (Group 3, 3200m) and then go to Warrnambool.”

With plenty of ability, Aigne also comes with plenty of attitude according to O’Dowd, who said the son of Sufficient is aptly named. “Aigne is Irish for attitude. He’s a real handful of a horse to train. He has got to be doing something all the time, he’s like a naughty kid.”

While his hands are kept full with his rising stable star, O’Dowd also trains three other horses off his Hamilton property and he will be hoping Hong Qui can record his maiden victory at Matamata on Wednesday. The six-year-old gelding will line-up in the Waharoa Industrial Park 2000 in his first start on the flat since an injury enforced layoff.

“He’s looking good,” O’Dowd said. “He’s a big, rangy horse. He showed us a bit of promise last year at Taupo when he ran a good fifth over 1800m. “I bought him to be a steeplechaser. He had a good trial at the beginning of the year, but he bumped his tendon about a week later, so I had to chuck him out for two months. “He’s been back in nine weeks now, so he is starting to come up.”