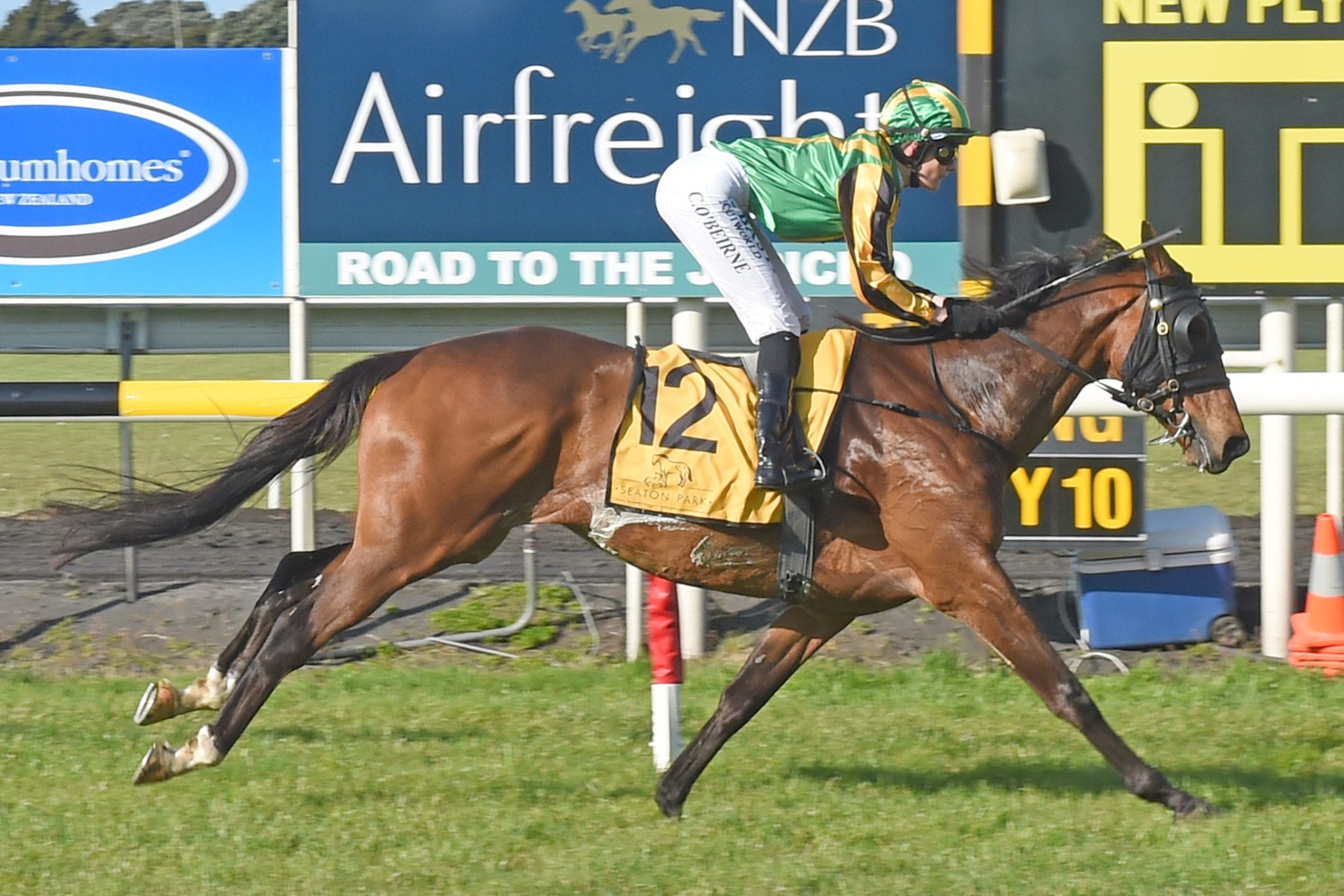 Waikato stayer Aigne will undertake the ultimate test of endurance at Warrnambool on Sunday when he contests the A$300,000 The Jericho Cup (4600m), a race solely for New Zealand and Australian-bred thoroughbreds.

The Neil O’Dowd-trained gelding qualified for the staying feature after winning the NZB Airfreight Road To The Jericho (3210m) at New Plymouth in September and O’Dowd was delighted to receive the added reward of free airfreight to Melbourne to contest The Jericho. “That (free airfreight) was such a huge assist and a big thanks to NZB Airfreight because that is $14,000, it’s a lot of money,” O’Dowd said.

He arrived in Warrnambool with the son of Sufficient last week and although pleased with the way the gelding has settled in, O’Dowd said Aigne was living up to his name in the first couple of days in his new surroundings. “Aigne is Irish for attitude. He’s a real handful of a horse to train. He was a little brat the first couple of days, but he’s got over that and worked well yesterday (Wednesday) and today. “He has travelled over and settled in really well, we have been here for about eight days. He has eaten up everything and has been working well,” he said. “The place where we are at, out at Matthew Williams place at Warrnambool, is just perfect.”

O’Dowd said he is enjoying his time in Warrnambool where the local trainers have been very accommodating, particularly Williams who will line-up New Zealand-bred galloper Plymouth Road in The Jericho. “They can’t do enough to help us, it’s a pity we are going to beat them,” O’Dowd quipped.

Aigne had two subsequent starts following his Road To The Jericho win and O’Dowd is happy enough with the way he has come through those runs. “At Wellington (fourth) I was scratching my head a little bit, it was really heavy, but he did run on. We just put that run behind us,” he said. “At Tauranga (seventh) he just flew home at the end. He had the whole field in front of him at the top of the straight. I was rapt with that.” O’Dowd reflected that failing to win either race was a blessing in disguise. “If we had won we would have been topweight, but we are a kilo off that on Sunday,” he said.

It was also in the plans for Aigne to contest the Group 3 New Zealand Cup (3200m) earlier this month, however, initial travel hindrances put a stop to those plans. “That was a logistical nightmare for us because when we were thinking of it, you couldn’t fly back at that stage,” O’Dowd said. “But in the end the trotting guys arranged a plane and they did fly back. “I think the road trip back to Hamilton would have taken it out of him too much, so that is why we canned it.”

Aigne will be reunited with jockey Michael Roustoby on Sunday, who has a successful history with the horse. “Michael flies in on Saturday and arrives on Sunday morning,” O’Dowd said. “We will grab Michael and take him around the course, it’s a technical track, you just don’t get on and turn right or turn left.” O’Dowd said there still remains an element of doubt over the marathon distance, but he is confident his charge will handle it. “There is a question mark there, but I think he will go the distance no problem at all.”

Aigne’s top-level assignments won’t be over after Saturday, with the seven-year-old set for a quick freshen-up before targeting the Group 3 SkyCity City Of Auckland Cup (2400m) at Ellerslie on New Year’s Day. “I will ease him down here after the race here because Matthew has got a water walker, a walker, a treadmill, and a pool,” O’Dowd said. “We will just ease him down and we fly home on Thursday. He will then have two weeks off and get ready for New Year’s Day.”