Jakkal ready to pounce at Tauranga 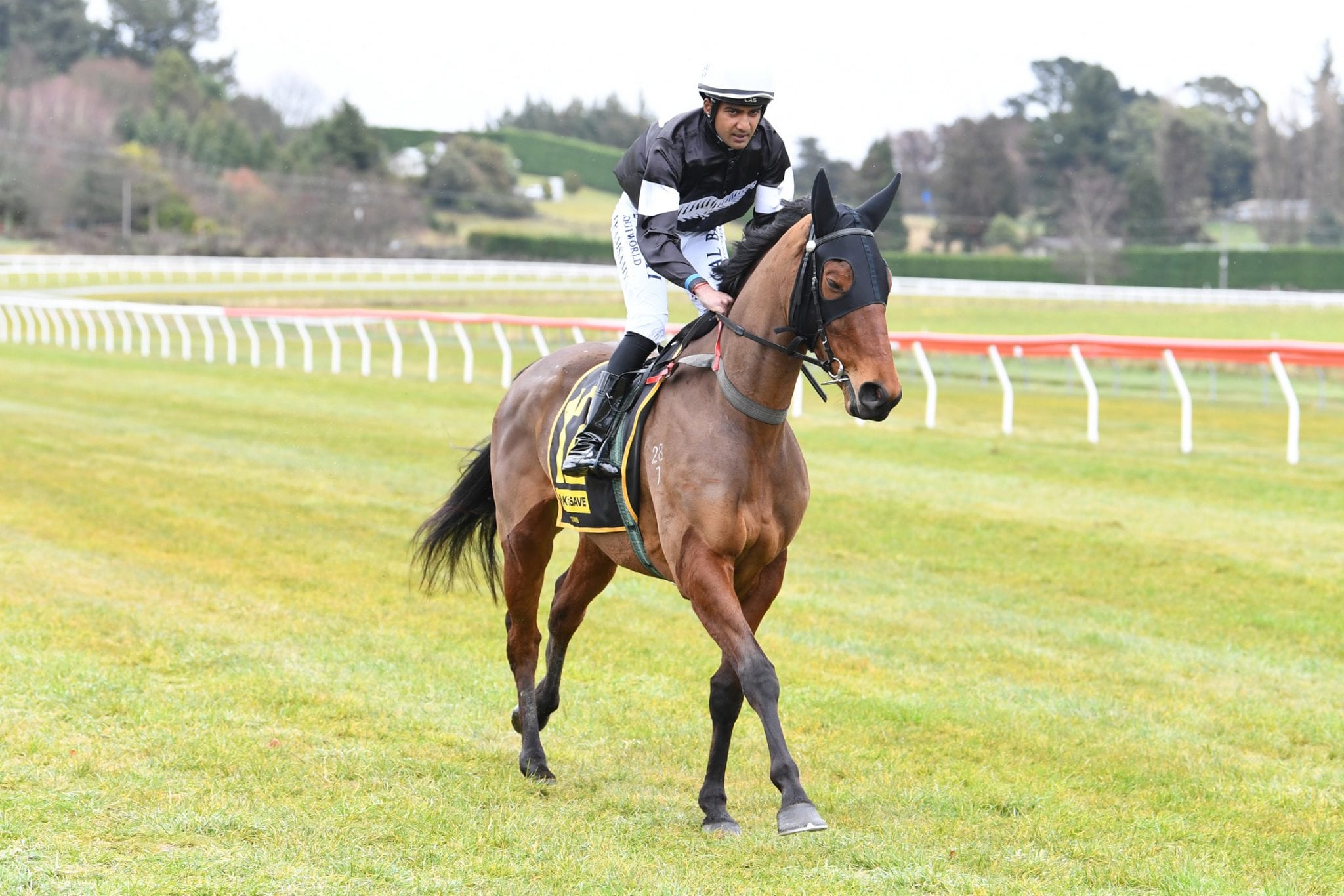 Promising three-year-old Sheza Jakkal will contest Saturday’s Dobson’s Refrigeration And Electrical 3yo (1300m) at Tauranga and trainer Gavin Opie senses a gilt-edged opportunity. The Te Aroha horseman is expecting the daughter of Jakkalberry to relish the rise in distance, having closed well for second over 1100m behind Only Words at Taupo last week and with two three-year-old stakes races a week later there he hopes Saturday’s contest will be a softer option.

“I think stepping up to the 1300m will be ideal,” Opie said. “She hasn’t had much luck with barrier draws and the like and she didn’t have the best luck last Wednesday either. “She has come through that race well and we thought we would throw a nom in for Saturday and it is a $25,000 maiden three-year-old race now.

“There are no winners in it and I think everyone is waiting till next weekend to go to the Wanganui Guineas (Listed, 1200m) or the Northland Breeders’ Stakes (Group 3, 1200m). “It would be nice to have some stake money in the bank going a bit further down the track.”

Sheza Jakkal finished seventh at her first two starts before her last-start second and has closed well from the rear in each of her starts. “The way she relaxes early on in her races, I don’t think a mile or even further would be out of her range at all,” Opie said. “She’s a real madam at home and when you get her to the races she is a real lady. The ear muffs are on to get her settled in the bird cage and around at the barrier. “We could probably take them off at the start but at the moment while we are playing around with her, it is best to leave them on in the race as well.”

Opie is hoping to provide Mauritian rider Kersley Ramsamy with his first victory in New Zealand. “He is from Mauritius, he did his apprenticeship in South Africa and came out to New Zealand just before COVID hit and he was in the South Island,” Opie said. “He spent three months down there and got hold of me and was looking to come north. I said he could come and ride trackwork and we would go from there.

“He has been up here three weeks now. He turns up every morning at 6am to ride trackwork and hopefully myself and a few other Te Aroha trainers will support him and if he rides a couple of winners for me some other people might put him on as well.”

Opie, who until this season trained in partnership with his father Keith, said he was pleased with the way the stable was going and said he didn’t have to look far for advice. “Dad still turns up every morning and gives me an earful when I am doing something wrong,” he said. “It has been great and the horses are running well which helps.”

With just the one runner at Tauranga, Opie will have plenty of time to tune into the races across the Tasman, where his former charge Bothered contests an 1100m handicap at Rosehill for Clare Cunningham. Opie prepared the five-year-old daughter of Shamexpress to win at Pukekohe in late June and she has won both of her starts for Cunningham since arriving at her Warwick Farm stable. “Clare has been keeping in contact with Peter (Setchell, owner) who rings us and lets us know what is going on,” Opie said.

“We were heavily involved in the first race over there letting Clare know what sort of work we had been doing and a bit about the mare and then left it up to her from then on in. “She regularly sends Peter voicemails about what is going on and Peter gives us a call straight away. She is off to the city this weekend and it would be great if she could make it four wins in a row.”