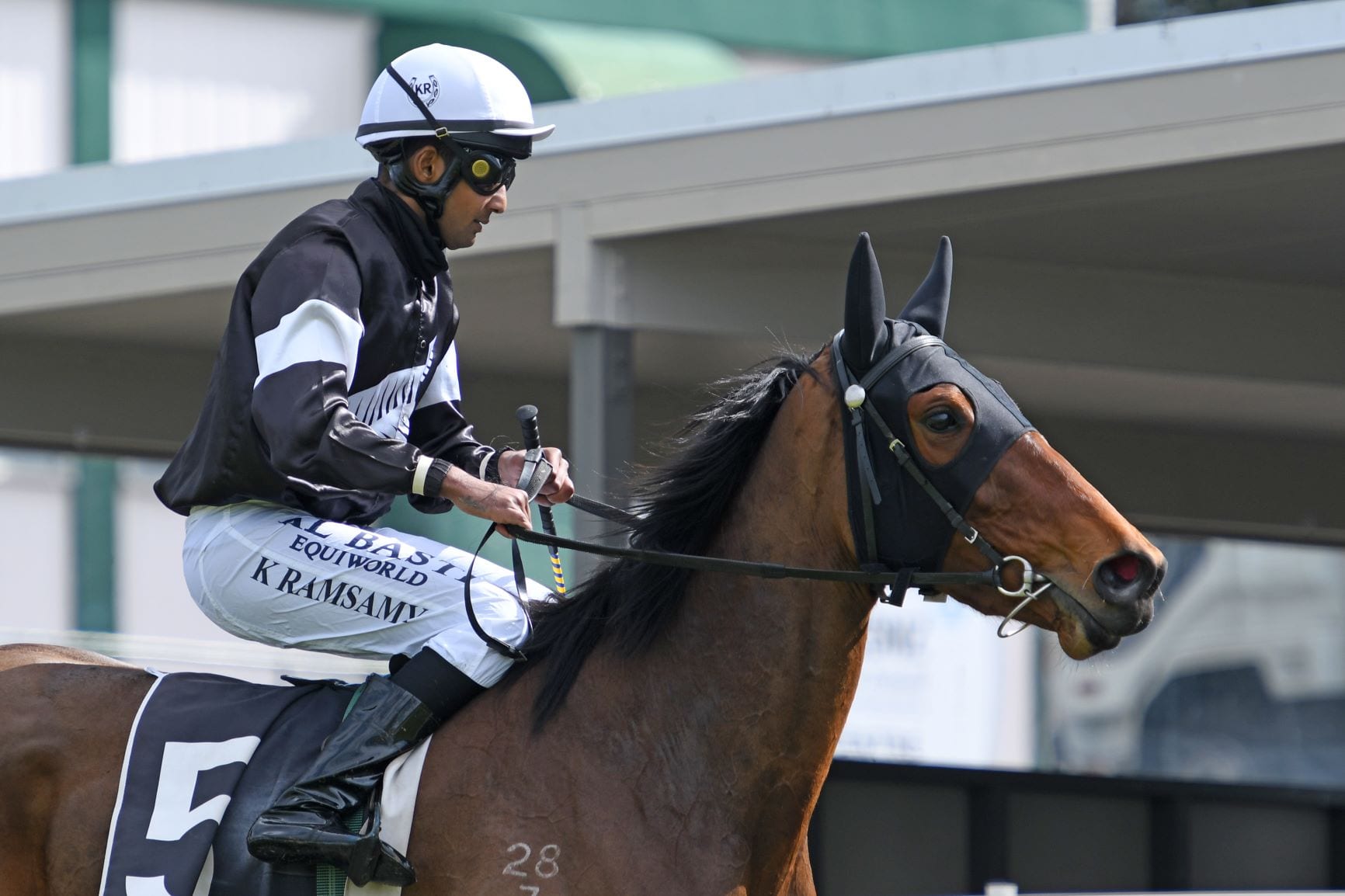 Former champion South African apprentice Kersley Ramsamy put his first win on the board in New Zealand when he guided promising three-year-old Sheza Jakkal to victory at Tauranga on Saturday. The well-travelled Mauritian-born rider has been in New Zealand since shortly before the first COVID-19 lockdown in March and recently moved to Te Aroha after initially being based in the South Island.

Ramsamy works for Te Aroha local Gavin Opie and collected the first victory for the partnership with a heady ride aboard Sheza Jakkal, who started a $3.30 second elect in the maiden 1300m contest after an eye-catching finish at Taupo at her previous start. Ramsamy is enjoying his time in New Zealand after initially visiting the country for a short break during the off season in Mauritius, but found himself stuck here due to the restrictions on international travel caused by the global pandemic.

“I was riding for one of the leading stables back home but decided to come to New Zealand for a little while during the break that we have in the season back home,” Ramsamy said. “I started off in the south where I had a couple of rides but then I contacted Gavin and made the move up to Te Aroha. “I primarily ride trackwork for Gavin but I’m now riding more for the other trainers at Te Aroha which is good as I’m hoping that will help me to get more raceday rides.

“When I knew I would be here for a while due to the COVID-19 situation I decided I wanted to make a real go of it so the best way to do that is to ride winners and get noticed by the trainers.”

“That led to me receiving an invitation to ride in France in a qualifying race for the world champion apprentice series. “I had one ride and won the race which took me to the finals in Abu Dhabi where I finished third. “I then travelled to Germany, Italy and Oman for some rides at different festivals before heading back to South Africa. “I rode for a little longer there before moving back home to Mauritius.

“New Zealand racing is a little different to what I know back at home as the tracks are bigger and roomier and more like South Africa. “I do enjoy it here and I’m looking forward to riding more winners now I have got my first one under my belt.”

Opie has been impressed by the dedication and work ethic of Ramsamy and had no hesitation in giving him the mount on Sheza Jakkal. “Kersley got hold of me as I was looking for a track rider, so we agreed he would come up here and work for me,” Opie said. “He’s been here about a month now and turns up at six o’clock every morning to ride work for me and then he does a few for the other locals. “He’s a good young fella who deserves a break so I was pleased to give him the ride as she (Sheza Jakkal) goes really well for him in trackwork. “No-one could have ridden her any better on Saturday as he put her in the gap at the right time, kicked her out hands and heels and really looked the part.”

Opie has plenty of time for the Jakkalberry filly who he races on lease with his father Keith and family friend Dale Gore. “She is a lovely filly who we have liked since we first got her,” he said. “We picked her out of the paddock at Novara Park as we were looking for a filly to lease and she has really come along nicely.

“This is her first prep so we are just going to take it day by day with her but she might have one or two more starts before we tip her out and bring her back in the autumn. “Being by Jakkalberry you would expect her to keep improving as she matures so we are going to have some fun with her over the next two or three years.”