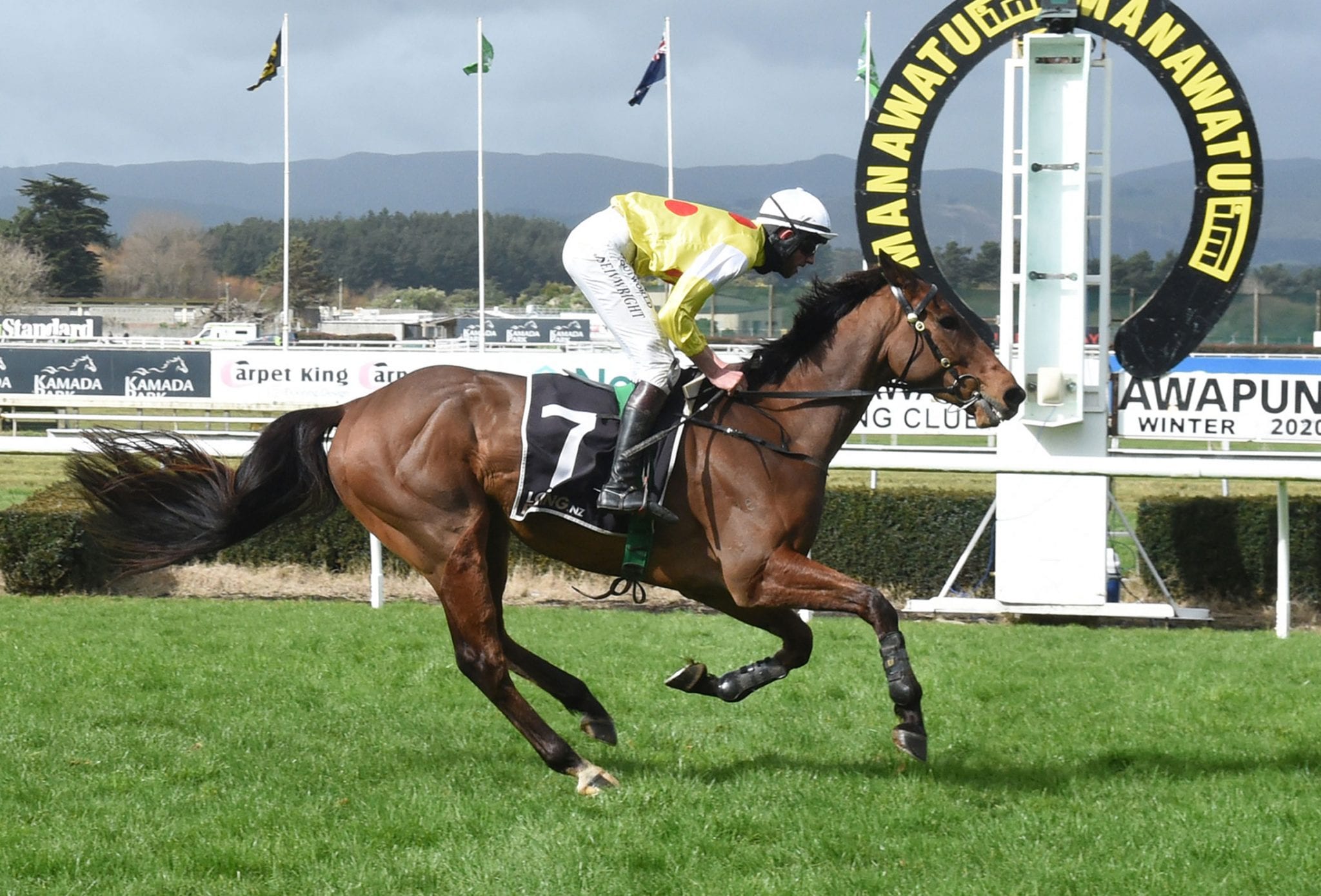 Long-time owner-breeders Frank and Faye Drummond gave a couple of Irish horsemen their first wins in their new roles when celebrating a double last weekend. The Drummonds own, bred and co-race Country Bumpkin, who credited Niall Quinn with his first training success when making an impressive 15 and a half-length winning debut over the bigger fences in the Cody Singer Memorial Steeplechase (3200m) at Awapuni last Saturday, while a day later the couple were cheering on El Disparo, a horse they bred and race in partnership with trainer Mark Brooks and his wife, Michelle, as he gave Barry Donoghue his first winning ride in the Frank and Annie Matijasevich Memorial Steeplechase (3500m).

“Giving the boys their first wins made it real special,” Frank Drummond said. “Niall has done a good job with Country Bumpkin and the other boy (Donoghue) rode El Disparo well. Good on them both. “Over the years we’ve given a few jockeys their first winner. We gave Tayla Wenn her first win on Joking and years before that we gave both Rachael Tunnell and an apprentice of Doug Cave’s (Vincent Ebenezer) their first wins, too. And I’m sure we gave Kelly Davidson one of her first winners. “We’ve always liked to support the ones starting out. They deserve a chance.”

With COVID-19 restrictions preventing spectators being on the racecourses, the Drummonds watched the two races from their Te Awamutu home. “It was exciting, but not being there took some of the gloss off it,” Drummond said. “We did get to have a bit of a celebration as some of the FLAIR (For Ladies Advancing Interest in Racing) girls turned up after El Disparo’s win.”

Before shifting to Te Awamutu, the Drummonds stood many sires over the years at their Cheval Stud at Pukeatua (Waipa district), the last being El Disparo’s sire El Hermano, who died two years ago. “We’ve still got a lot of horses we’ve bred and we’ve been getting some of them out into syndicates to cut our costs down,” Drummond said.

Country Bumpkin wound up with Quinn, a former jumps jockey based in the Turakina Valley. “He was offered to a friend of mine, Steve Nickalls, and he put him my way,” Quinn said. “Frank wanted to lease him out and I got a huge group of people together, some of them first-time owners, and a lot of them friends I have made since I came to New Zealand. “I have two rules for them. They have to have a good time and they’re not allowed to moan.”

The syndicate includes employees of New Zealand Thoroughbred Racing, patrons of the nearby pub at Raetihi as well as the Raetihi Punters Club and Turakina’s Ben Nevis Tavern, including publican Dave Matenga. “Dave was so excited by the win he has ordered a huge photo from Race Images, one that people usually get when they win a Group 1,” Quinn said.

A placed maiden originally trained for the Drummonds by Brooks, Country Bumpkin joined Quinn’s small team last year and ran a couple of seconds on the flat before making a very promising hurdle debut at Ellerslie last September when third to Bee Tee Junior (winner of the Australian Grand National Steeplechase on Sunday) and Grinner (runner-up in the Awapuni Hurdles on Saturday). “I thought he’d win a hurdle after that and when he ran fifth at Awapuni I said to him he’d have to sharpen up and face the bigger fences and go further,” Quinn said.

Quinn believes a change of environment and training has benefitted Country Bumpkin. “He gallops at the beach or at Kevin Myers’ place next door and as well as that I work him around the 1400-acre farm we live on,” Quinn said. “One day he might be rounding up stock, the next doing something completely different. It suits him.” Quinn (27) came from County Down in Ireland to New Zealand eight years ago, initially on a three-month working holiday.

In an interrupted career as a jumps jockey, which included three months rehabilitation after fracturing two vertebrae in his back in a fall at Te Rapa in 2013, he kicked home nine winners, the last at Waverley in July 2015. “I started off at Waverley and got to know the likes of Kevin Myers, Bill Thurlow, Harvey Wilson, Colin Cromarty and Sam Lennox and they’ve all helped me with horses to pre-train since I started up here a few years ago,” Quinn said. “Mark Oulaghan and Paul Nelson have also been a big help to go to for advice, just like I do with Kevin.” Quinn is kept busy working on his father-in-law’s sheep and beef farm and enjoying his downtime with his wife, Emma, and their five-month old son, Declan.

Further north, Donoghue (31) has wasted no time enjoying his first win as a jumps jockey. Though he has been in New Zealand for seven years, initially working at Matamata’s Kilgravin Lodge for Eion Kemp for six years and the last couple employed by trainer-jockey Chad Ormsby. He was persuaded to apply for his jockey’s license after riding at the Cambridge jumps trials early last week and his first day competing was last Sunday.

It didn’t start well with Donoghue having to pull up his first two mounts, but then his luck changed with El Disparo, a half-brother to the 2008 Great Northern Hurdle (4190m) winner Montezuma and a brother to El Pistola (runner-up in the 2017 Group 1 Auckland Cup, 3200m). Though El Disparo was pulled up in his lead-up, the Waikato Steeplechase (3900m), he had won the previous start in his second try over country, at Te Aroha, and there was some confidence in the camp he could bounce back to be a serious prospect for Donoghue.

“I was so tired when we pulled up,” he said. “I was blowing like a pig. But it was a great first day. He gave me a good spin around and he’s got loads of scope.” Donoghue comes from a non-racing family in Mullingar, County Westmead, Ireland. “I learnt to ride on my Grandad’s donkey,” he said. “But then I learnt so much from Dot Love, one of the best horsewoman in Ireland.”

After his stint with Love, Donoghue headed to Australia where he furthered his experience, working for trainer Rick Worthington then in Pakenham at Booralite Park, a leading horse-breaking and training centre during which time he rode trackwork and schooled horses for champion jumps trainer Eric Musgrove.

A stint back in Ireland followed, including preparing a point-to-point winner, and through it all Donoghue has been keen to keep broadening his knowledge with horses. “I’ve learnt from some of the best and while working for Chad I found myself getting lighter than ever,” he said. “I was 76kg and I rode at 64.5kg on Sunday.” Donoghue is now looking forward to riding El Disparo in the Hawke’s Bay Steeplechase (4800m) at Hastings on September 19 and picking up further mounts.