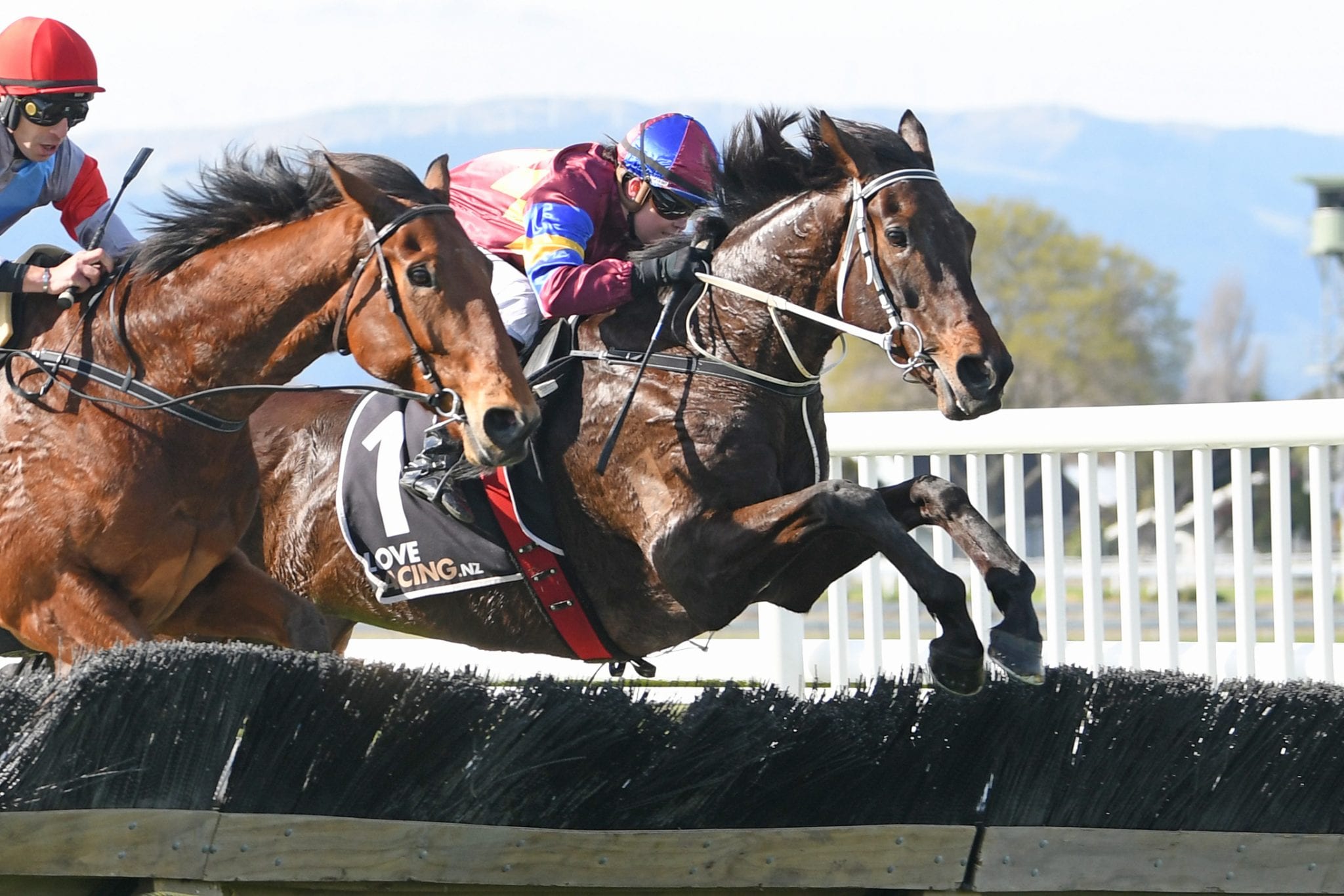 There will be an uncommon sight on the first day of the Hawke’s Bay Spring Carnival at Hastings on Saturday – jumpers. The impacts of the COVID-19 pandemic on the racing calendar has caused the unusual occurrence and one trainer that is pleased about the anomaly is John Wheeler.

“It is good,” he said. “They have done really well to accommodate the jumpers. “They go right through to the beginning of November, so it gives us a bit of a chance to give them a decent go.”

Wheeler will line-up Grinner in the Te Whangai Romneys Hawke’s Bay Hurdle (3100m) and he said he has recovered well from his fall at Ellerslie on Saturday. “He is 100 percent,” Wheeler said. “He had a lucky fall last week at Auckland, he went under the running rail and didn’t do any damage. “He was probably going to be in the first two at Auckland, it wasn’t far from the finish. “He galloped on Tuesday morning and galloped perfectly, so it all points to Hastings.”

The son of Iffraaj had been in good form prior to last weekend, with a win and two placings in his last three starts over hurdles and he is now on track to return to Ellerslie to contest the Great Northern Hurdle (4190m). “I have been very happy with him all the way through,” Wheeler said. “He is very new at the game and he has still got a little bit to learn, but we will be looking at the Northern Hurdle.”

Grinner will be joined on the float trip across the North Island by stablemate Beaudz Well who will line-up in the Redwood Trophy (2000m). The four-year-old gelding won over 2100m at Hawera last start and Wheeler is hoping for a similar result. “He is up a bit in grade but he goes well, is a nice horse and he deserves his chance on a better track,” he said. “He will be some hope in that race.”

Meanwhile, trainer Mark Brooks is another who has welcomed the addition of jumps racing to the Hastings card. The Cambridge horseman will line-up El Disparo in the AHD Hawke’s Bay Steeplechase (4800m) and he admits he is slightly concerned about the three mile distance of the race.

El Disparo hasn’t been tested over further than 3900m, but Brooks said Saturday will be a good gauge to see whether he can handle the 4900m of the his next major assignment, the Pakuranga Hunt Cup. “It will be his first time going three miles, which is the only concern,” Brooks said.

“But he seems really fit and well. “It will be a fast track, which will suit him and may not suit some of the others this weekend. “Safely through here we will have a crack at going over the hill at Ellerslie in the Pakuranga Hunt Cup.”