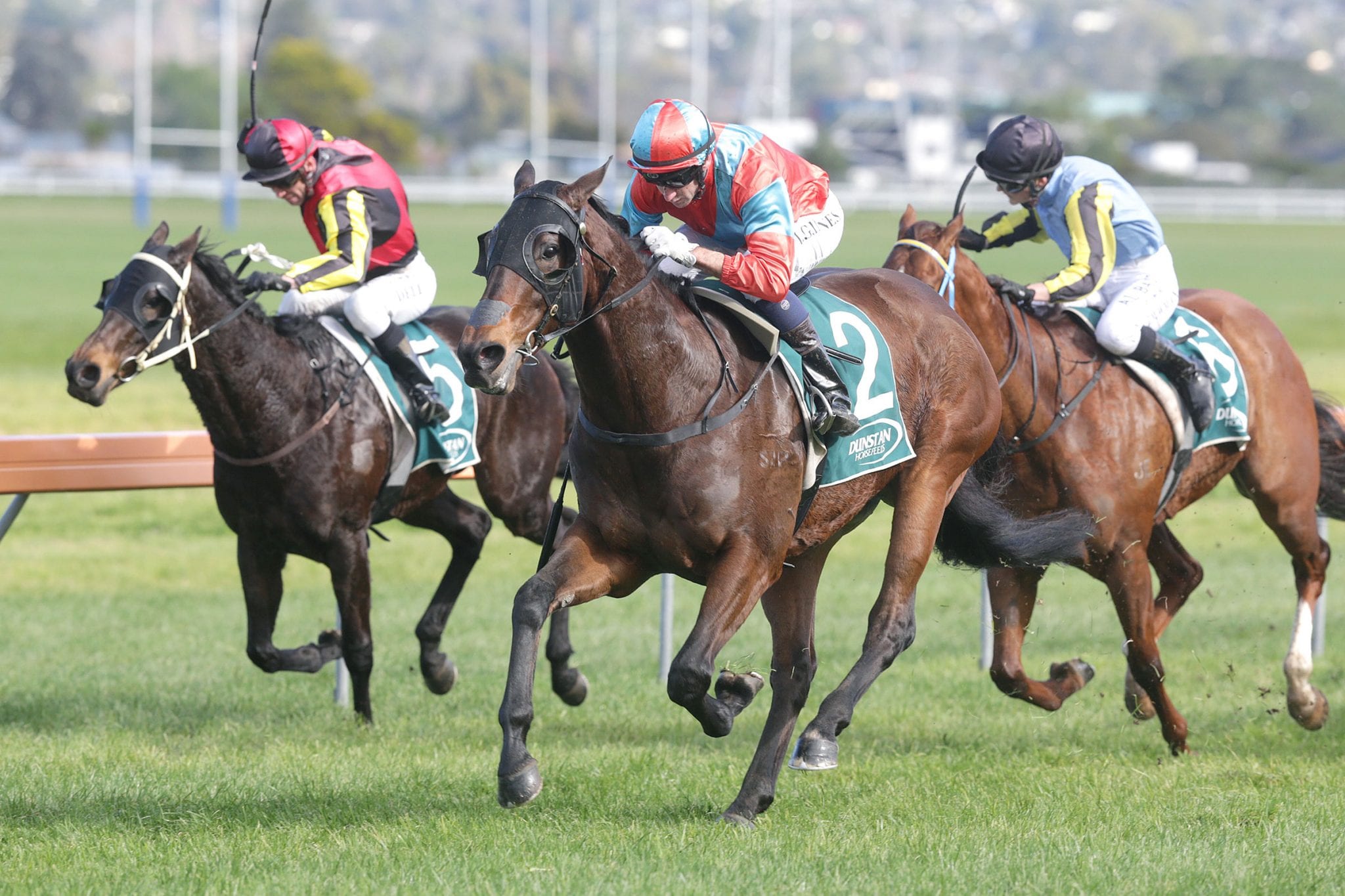 Leith Innes was glad to get the winning feeling back at Avondale on Saturday, but New Zealand isn’t where he was supposed to be during winter. In his second day back riding since the resumption of New Zealand racing, Innes was successful on his only mount of the day, the smart galloper Demonetization in his first start since New Year’s Day.

He had also been aboard the Nigel Tiley-trained Group 2 winner in his lead-up trials win, at Ellerslie last month, and wasn’t surprised by the victory. “With 62.5kg on his back, it was a good tough win,” he said. “He’s a class horse and it’s great to see him back after he nearly died. Nigel was confident he would go well and he should go on with it.”

Until the COVID-19 pandemic struck, Innes was preparing for another winter riding in Australia. He has spent the last seven winters or more in Brisbane and with some success, too. In 2013 he won the Group 1 Doomben Cup (2000m) on the Chris Waller-trained Beaten Up and two years ago he took out the Group 2 P.J. O’Shea Stakes (2200m) on stablemate Egg Tart, while in 2016 he picked up the Group 1 Queensland Oaks (2400m) on Provocative for Cambridge trainer Tony Pike.

This year he had plans to either set himself up in Perth riding for top trainer Lindsey Smith, who also has a stable in Victoria at Warrnambool, or head to Queensland as usual. “I’d been in touch with Lindsey Smith and he agreed I could start up there in Perth with him and if it all went well then I could go down to Melbourne,” Innes said. “That was before the borders shut and COVID set in so those plans were scrapped. “I’d rather be riding over in Aussie in winter, but at least we’re back racing. And it was good to get the win on Saturday.”

Like most heavier-weighted jockeys, Innes found it hard to maintain his weight during lockdown. “Just before racing closed down the weights here were lifted and that made it a bit easier at the time, but it’s tougher now,” he said. “I’m down to about 60.5kgs now and at this time of year it’s harder to get the weight off, but riding more will help. “On the bright side, the lockdown gave my body a decent break from wasting and I feel much better for it.”

The lockdown also temporarily halted Innes’ two hobbies, golf and fishing. Living at Clark’s Beach, he is usually a regular on the golf course or out in his boat. “It was hard sitting here at home looking out at the water, which was so still – like a lake, and knowing I couldn’t go out,” he said. “But it was the same for everybody.”

Away from racing, Innes also has a few business interests, including a rental golf cart business. “We rent out four-seater golf carts and they’re popular for events like Fieldays, music concerts, race meetings and all major events,” he said. “We’ve got a fleet of 30 and we’re lucky to have got through most of the summer when we’re busiest. That’s when we need more. “Though it’s always quieter in winter, it’s a good little business. I’ve got a couple of other things in the pipeline, too, so I’m not solely relying on riding.”

Innes (42) has no thoughts of retiring from the saddle any time soon, though he did feel the “old boy” at Avondale on Saturday surrounded by apprentices. “Noel (Harris, National Riding Mentor) had his army out in force and I didn’t know half the kids,” Innes quipped. “With Mickey (Coleman) retiring, it left me as the oldest one in the room.”

Innes has been a long-time contracted jockey for Cambridge Stud owners Brendan and Jo Lindsay and he rides trackwork twice a week at the Lindsays’ property at Karaka for their private trainer, Lance Noble. “There’s a beautiful grass track, the best in the country, and it’s great to work the horses on it,” he said. “My goal is to ride Group and Listed winners for Cambridge Stud. They’ve got a nice, young team coming up.”

Innes will sport the Cambridge Stud colours at the Te Rapa trials on Tuesday and is looking forward to riding Sherrif and Bavella. Sherrif is a lightly tried Group 3 winner who has won his last three starts, while Bavella is a Listed winner who was black-type placed in each of her four starts this season, including a fourth in the Group 1 New Zealand 1000 Guineas (1600m) and a last-start third to Catalyst in the Group 3 Mr Tiz Trophy (1200m).

“Sherrif has come of age and should be in for a good season,” Innes said. “He could be a big chance in the last leg at Hawke’s Bay (Group 1 Livamol Classic, 2040m), especially with Melody Belle and Te Akau Shark out of the way. “Bavella has got a good win in her. She is going for the Foxbridge Plate (Group 2, 1200m) and if she goes well in that she’ll probably go down to Hawke’s Bay for the first leg (Group 1 Tarzino Trophy, 1400m).”

Innes includes last year’s Foxbridge Plate (on Endless Drama beating Te Akau Shark) in his six Group or Listed races for the current season, in which he has ridden 41 wins and is closing in on 1500 New Zealand victories. Among his other stakes winners this season are the Group 2 Wakefield Challenge Stakes (1100m) and the Group 3 Barneswood Farm Stakes (1400) on the Pike-trained stablemates Not An Option and Kali respectively.

A regular rider for Pike, Innes had his first three rides since racing resumed on stable runners at Te Rapa on July 4 and he will ride two of those, Universal Stars and Hot Spring Project, again at Hastings on Wednesday, as well as stablemates and placed maidens Viking and Sacred Caga. “They’re worth going down to ride,” Innes said.