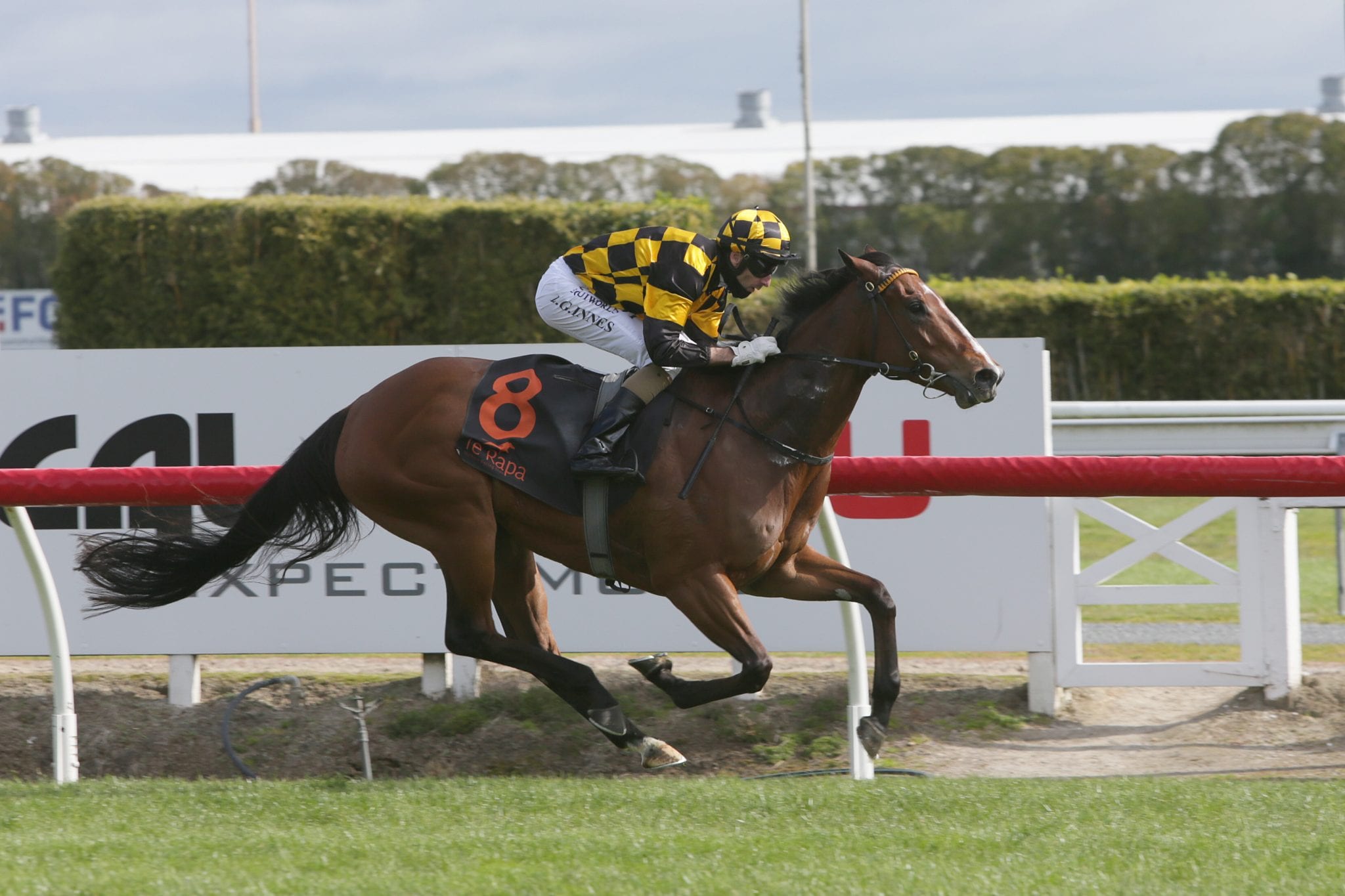 The distinctive black and gold chequered colours of Cambridge couple Brendan and Jo Lindsay were to the fore at Te Rapa on Saturday when their quality mare Bavella showed she could be in for a bumper season with a comfortable first-up victory.

Sent out favourite in a rating 82 1200m contest despite a tricky wide barrier, the Snitzel four-year-old was too classy for her rivals despite having to sit three-wide on the pace throughout. Rider Leith Innes had Bavella away nicely from an outside barrier and once she shot to the front at the top of the straight it was all but over as she maintained a strong gallop to the line to win by just over a length from the well fancied Romantic Lady.

Trainer Lance Noble was delighted with the performance as it was only the second runner he had lined up on raceday after more than 150 days away from the track. “It’s been a long time since we have been to the races with our team so it’s nice to get a winner first day back,” he said. “I think it’s been something like 156 days since we lined one up so it’s a long time between drinks, not that I was counting.

“We were confident of a good run as she had trialled well and had developed nicely from three to four and she was pretty competitive as a three-year-old. “She is also very good when fresh and comes up well in the spring. “We had her entered for the Foxbridge Plate (Group 2, 1200m) and would have run her in that if she had made the field off the ballot.”

Noble was pleased with the ride by Innes as he had given Bavella the softest possible time once he had the race under control. “It was a nice ride by Leith from a tricky barrier and he didn’t knock her around in the run home,” he said. “She is more mature now and far more settled in the stable so we think she could be in for a very good campaign. “We are still hopeful of getting into the Tarzino Trophy (Group 1, 1400m) field so, as long as she pulls up well, that will be our immediate goal.

“We don’t really want to stretch her out any further than that as she goes well on the fresh side so races like the Railway (Group 1, 1200m) on New Year’s Day could be an option looking further ahead.”

Noble was also pleased by the run of three-year-old stablemate Taroni who finished on nicely into fourth in the Group 3 WRC Northland Breeders Stakes earlier in the day, despite making the last bend awkwardly.

“They were chopping the corner up a little bit and Leith (Innes) said she just got a little unbalanced for a few strides,” he said. “It was her first run going left-handed so she will improve with that experience under her belt. “We are looking at the Gold Trail Stakes (Group 3, 1200m) down at Hastings for her next start and back against her own sex she should be pretty competitive with some natural improvement from today.”