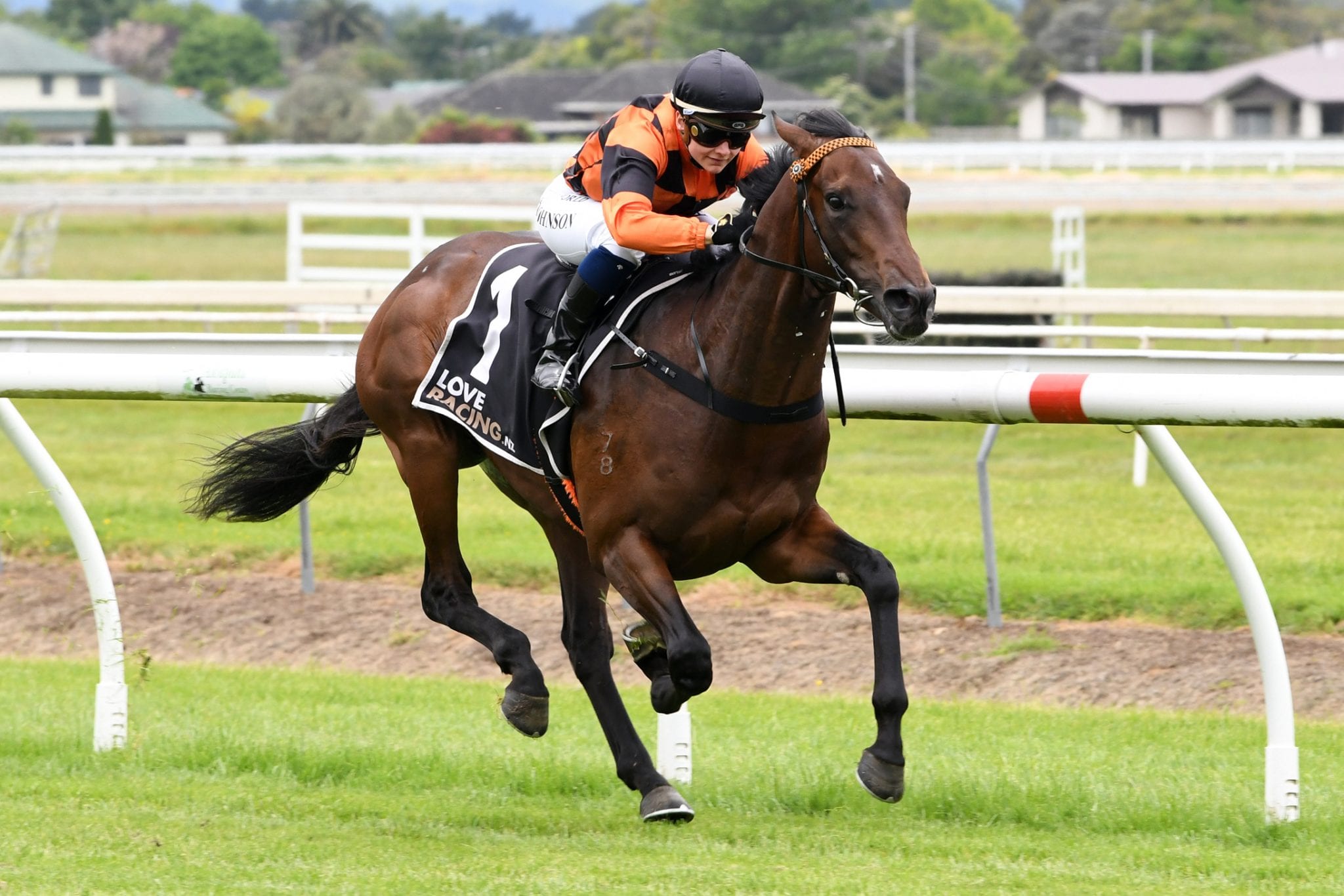 Promising juvenile Wakiri was backed into $1.10 favouritism for the McIntosh Cranes/Team DH. Inter Building LTD 2YO (1000m) at Awapuni on Friday and won accordingly. He was sent straight to the front by premiership-leading jockey Danielle Johnson and ran away to a comfortable four length victory over Brazen Blue, with a further 1-1/2 lengths back to Silky Red Fox in third.

Trainer Roydon Bergerson was pleased with the win and he believes the son of Vespa has a bright future. “Wakari is a pretty professional horse,” Bergerson said “He is quite a well bred horse who has got a good future. I was really happy with him. He had the right draw (1), the right jockey, and the right track conditions.”

It was just the second start for Wakari, who Bergerson bought out of the paddock at Wellfield Lodge, near Palmerston North. “He got beaten by a pretty good horse (Stormy) last start,” he said. “I bought him out of the paddock at Wellfield. I used to train the mare (Denlee), she was Group placed. She had a lot of ability but was quite highly strung.

“He is a good looking horse. He didn’t look like a two-year-old type, but once he came into the stable he was so professional and did everything you asked him to do. “He is just one of those horses that you like to train.”

While pleased with the win, Bergerson was disappointed after the race when finding Wakari had chipped his sesamoid. “He is going to the vets tomorrow,” Bergerson said. “It’s a shame. He came around the corner and the bend was a little sharp and he struck himself and has taken a chip off his sesamoid. He will be operated on on Monday and he will have six months in the paddock.”

Later on the card Bergerson picked up a winning double when Kapinos ran away to a 4-1/2 length victory in the Courtesy Motorcycles/Plumbing World 1200. “He is a really nice horse Kapinos,” Bergerson said. “He is not overly big, he is like his mother. He just can’t carry the weight and that is why we decided to claim on him.

“Danielle Johnson rode him at Wellington in his last start and she said he was going to win but the 60.5 kilos was a bit too much for him. “I was pretty confident today and he was pretty impressive. I really liked the way he got to the line. “They took him on the whole way and Hazel (Schofer, jockey) rode him beautifully.”

Stable favourite Beefeater pleased when running home well to finish runner-up behind The Mitigator in the Robertson Prestige/Humphries Construction 1550. “I am pretty happy with the way he hit the line,” Bergerson said.

“I am not sure what his path will be, we will possibly look at another mile somewhere. “He has come back enormous. He might be an eight-year-old but he thinks he is a three-year-old the way he is acting at the moment. “We changed his training routine a lot. He does a lot of swimming and jumping. He seems to be really happy.”