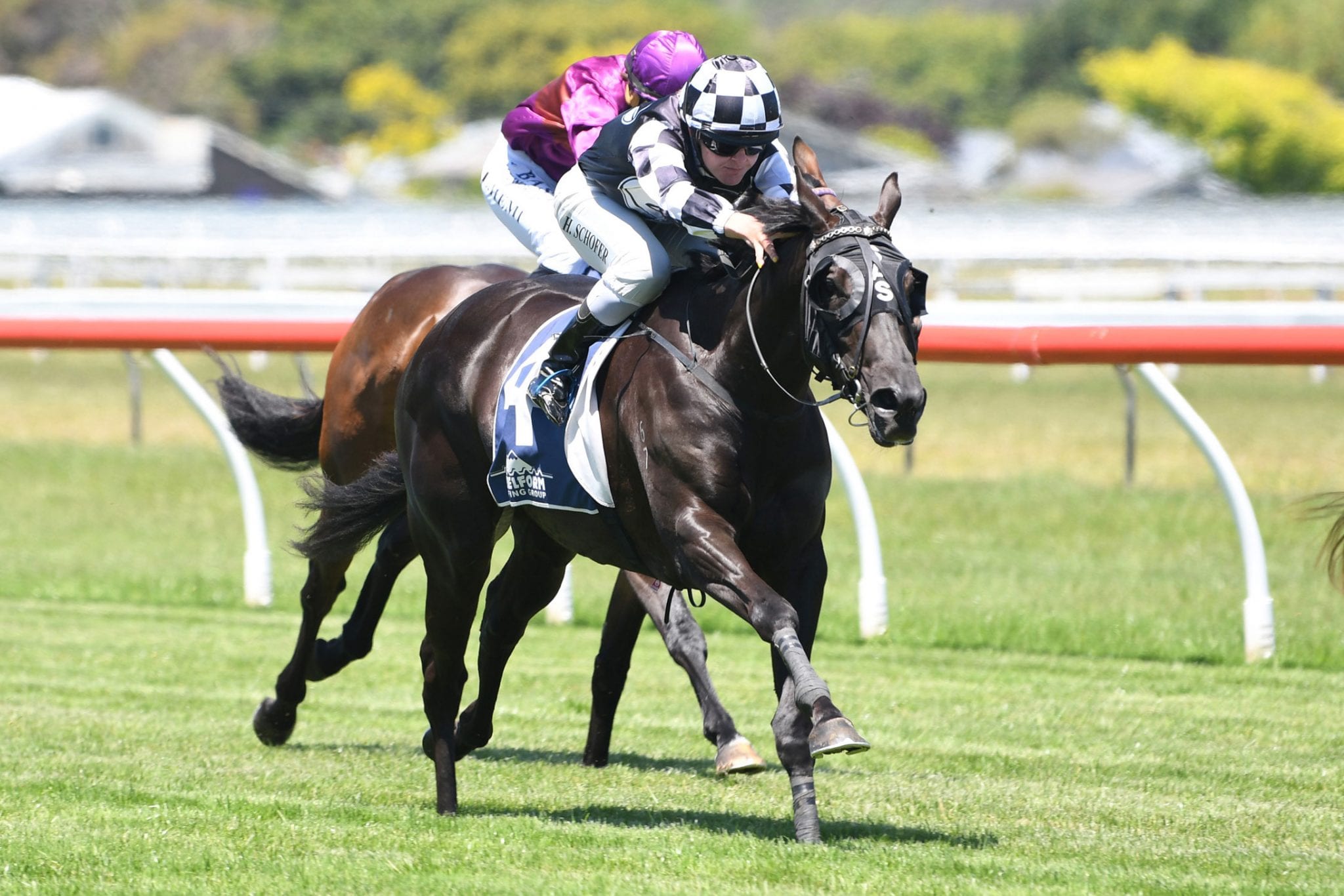 Sharrock had planned to use last week’s Group 3 Desert Gold Stakes (1600m) at Trentham to assess how promising fillies Sumi and Signora Nero were shaping as potential Oaks fillies.

But through misfortune, neither started and Sharrock will default to producing both in Saturday’s Listed Fasttrack Insurance Oaks Prelude (1800m) at New Plymouth.

“Sumi drew 14 out of 15 at Trentham and Signora Nera had pricked a hoof and had a bit of an abscess. She’s 100 percent now but having this race on our back doorstep a week later made my decision easy,” Sharrock said.

“Sumi is going really well and she’s a real up-and-comer and Signora Nera is already black-type placed. They both have a little bit of X-factor. Sumi showed that when she ran home shin-sore on debut in 32.6 seconds. Not many horses can do that.”

TAB bookmakers can’t split the pair, rating both as $5.50 chances in a market headed by last-start Group 2 Royal Stakes (2000m) runner-up Lily’s Lady at $4.40 and Providenceprovides at $5.

“I expect both to be top-five hopes on Saturday and we’ll see what’s in store for them from there. Both of them, if they went well enough, would press on towards the Oaks,” Sharrock said.

“Signora Nera won’t go around on the hard tracks so we’ll just have to see how it goes with her but Sumi doesn’t mind a tarseal surface so she’ll definitely press on.”

Neither Sweynesse filly Signora Nera, who will be ridden by stable apprentice Hazel Schofer, nor Atlante filly Sumi, the mount of Danielle Johnson, were nominated for the Oaks but connections have the option of making a late entry before March 16.

With last Saturday’s Group 1 Thordon Mile (1600m) runner-up Sinarahma headed towards Saturday week’s Group 1 Herbie Dyke Stakes (2000m) at Te Rapa, Sharrock won’t have a runner in Saturday’s Group 3 Powerworx Taranaki Cup (1800m), which has attracted a line-up he describes as one of the strongest fields for the feature he has seen.

“Sinarahma has just come back from a few days trekking around Hazel’s parents place and she has done a treat,” he said.

Sharrock’s other runners at New Plymouth are Alhambra Lad, Tavattack, Darci La Bella and The Lost Boys and he expects all to be competitive.

“They’ve all worked up really well. I really like Darci La Bella and she’ll head to the special conditions maiden and with Alhambra Lad drawing out in the Rating 65 1800, he’ll go to the Rating 72 race.

“He’s a progressive three-year-old and we’re assessing him as a Derby prospect. Tavattack won nicely last start and he jumped over a few hurdles this morning just to keep him up to the mark.”

Canvassed on the possibility of a move away from his career-long base in New Plymouth, Sharrock admitted he was getting “itchy feet” especially with the moves to amalgamate the three Auckland clubs with a view to increasing stakes money in that region. But that was offset by the Taranaki lifestyle he loves.

“Here, we are three hours to Waikato, three hours to Palmerston North, so you get the best of both worlds,” he said. “We’ve got the mountain on one side and the beach on the other and you can walk onto any golf course without ever having to queue for a tee-off time.

“But we do have to ask ourselves ‘do we want to move closer to the product?’ We talk about that and people say ‘but why would you want to stuff the recipe when it’s going so well?’ Emma (Davies, Sharrock’s partner) and I do want to live life a bit too. We’ve worked hard and we want to enjoy it.”