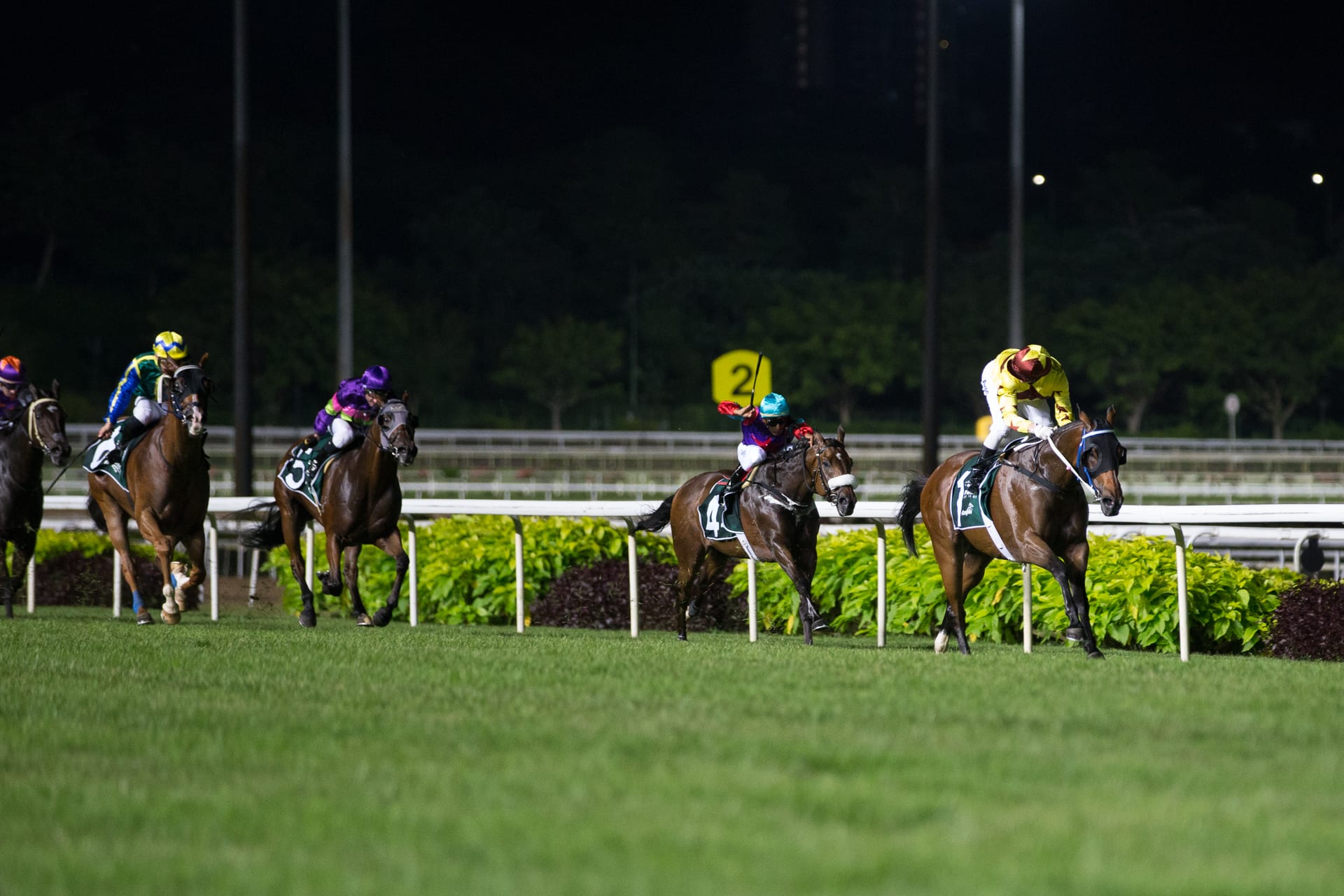 The difficulty of third-placed Singapore Sling’s task seemed to have increased when Tony Millard’s charge drew gate 10 at Thursday’s barrier draw for the Singapore Group 1 Kranji Mile, and so it proved.

“There was no speed in the race, there was nothing I could do,” Karis Teetan said. “I was drawn outside and when you come out two lengths clear across Southern Legend, I couldn’t yank him back behind slow horses, so the only option was to let him go. He was a little bit keen but it was just the draw – there was nothing faster than him to lead him.”

The South African-bred galloper was on his toes going onto the turf track and was ponied to the start.

“I don’t think it affected him,” Teetan said. “The horse was well – it was just the draw that killed us.”

“I felt like I’d had a winner!” Domeyer said. “That was a great run – it’s always tough against the Hong Kong horses but he travelled beautifully. Zac moved out and I moved out with him; I thought we were going a fraction soon but it felt the right thing to do. It was a cracking run.”