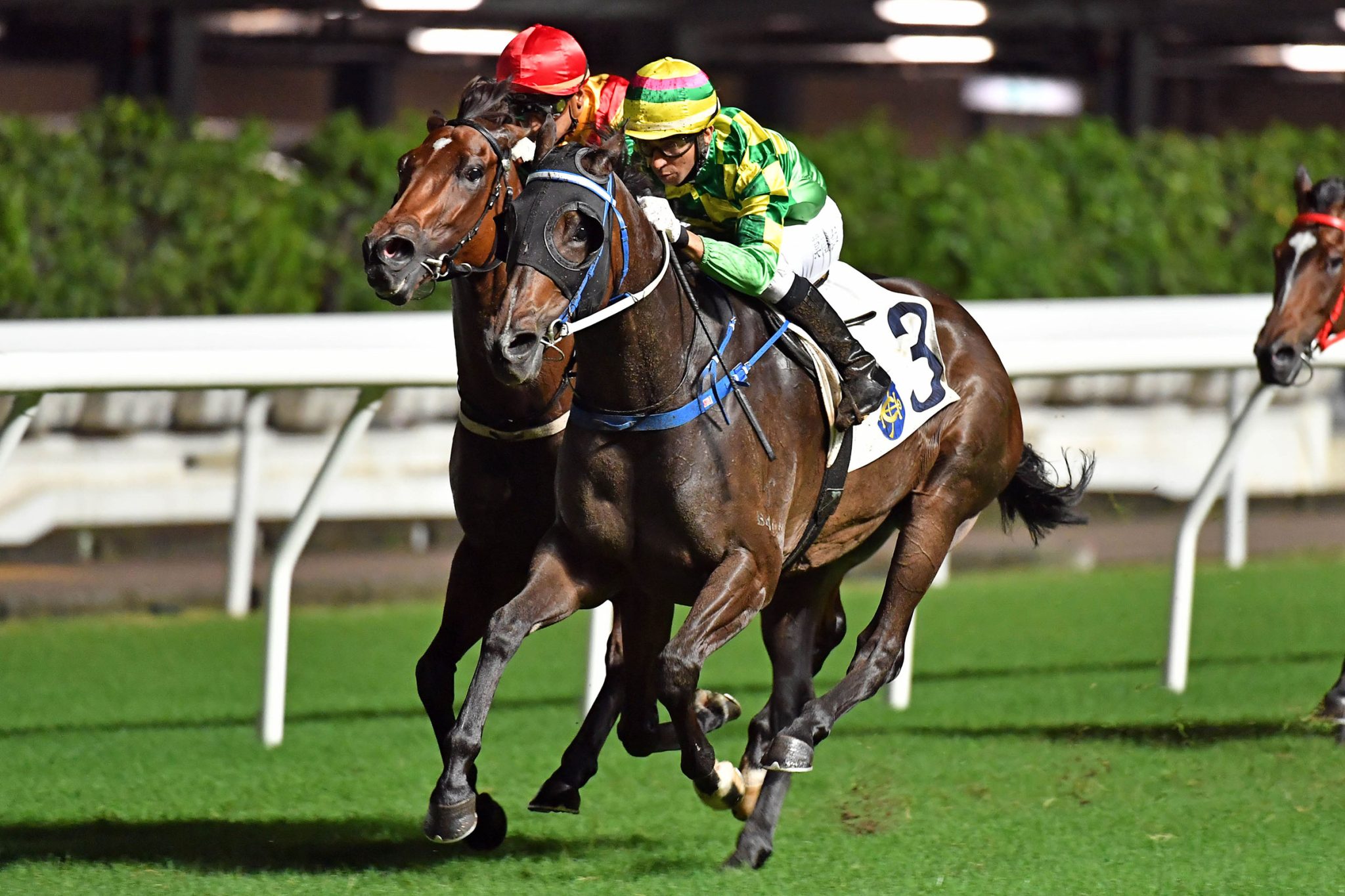 The Rangiora trainer welcomed Street Cry seven-year-old gelding Green Luck into his stable earlier this year, the former Australian galloper having raced up to class one level in Hong Kong.

A winner of eight of his 42 starts, two in Australia and six up to class two level in Hong Kong, Green Luck will carry 62kg in his New Zealand debut at Riccarton.

“We’ve got some pretty lofty aims for him,” Harris said.

“He’s nominated for the Winter Cup (1600m, Group Three at Riccarton on August 6) and that’s an option. The other option is a run now, a freshen-up and maybe the Foxbridge Plate (1200m, Group Two at Te Rapa on August 27) before the triple crown at Hastings.

“Willie Leung said to me: ‘Paul, if you get him right, get him back to where he was, you’ll win a big race with him.’ I agree with him and hopefully tomorrow is the first step towards that.”

Leung, a Hong Kong bloodstock agent, shares in the ownership of Green Luck and was instrumental in the horse joining Harris’ stable.

“I’ve had a good relationship with Willie Lueng for quite a few years now. I’m always on the lookout for horses over there for him and he’s sent some nice horses over to me,” Harris said.

“He sent me Green Dispatch, a horse who had run third in the Group 1 Prix du Jockey Club (1900m) at Chantilly before heading to Hong Kong, among two or three he’s sent me.

“He just said ‘I’ve got this horse over here who I think could be a smart horse for you in New Zealand. Would you consider taking him?’ I’ve got some other guys involved in him and he’s going along nicely.”

Harris said Green Luck hadn’t set the track on fire in training but in what he has seen from his trackwork and two trials, for a second placing over 1000m at Ashburton in May and a win over 1000m on the Riccarton polytrack last week, the galloper gave him the impression of one who would measure up nicely in the grades in New Zealand.

“He doesn’t show a lot. He’s really lazy. But he’s a typical good horse in my opinion. They either show you they’re really good or they show you nothing and save it all for raceday and we think he’s the latter,” Harris said.

“He’s had two really good, soft trials. He hasn’t had any pressure put on him whatsoever. Ideally I would have preferred to have run him in the 1200m open handicap at Riccarton next Saturday but the weather doesn’t look too good and I don’t want to flatten him for what we’ve got in store.”

Harris was impressed by his form in Hong Kong, where he won up to 1650m for trainer Caspar Fownes.

“He’s shown a paralysing turn of foot. We’ve got a long way to go to get to races like the Livamol Classic (2040m, Group One at Hastings on October 15) but this is hopefully just the first tick in a row of boxes,” he said.

“As long as he has another good experience and he’s hitting the line, we’ll be happy. I thought his work late the other day in the trial was good and while I expect him to derive a hell of a lot of improvement out of tomorrow, you’d still want to see him being competitive.”