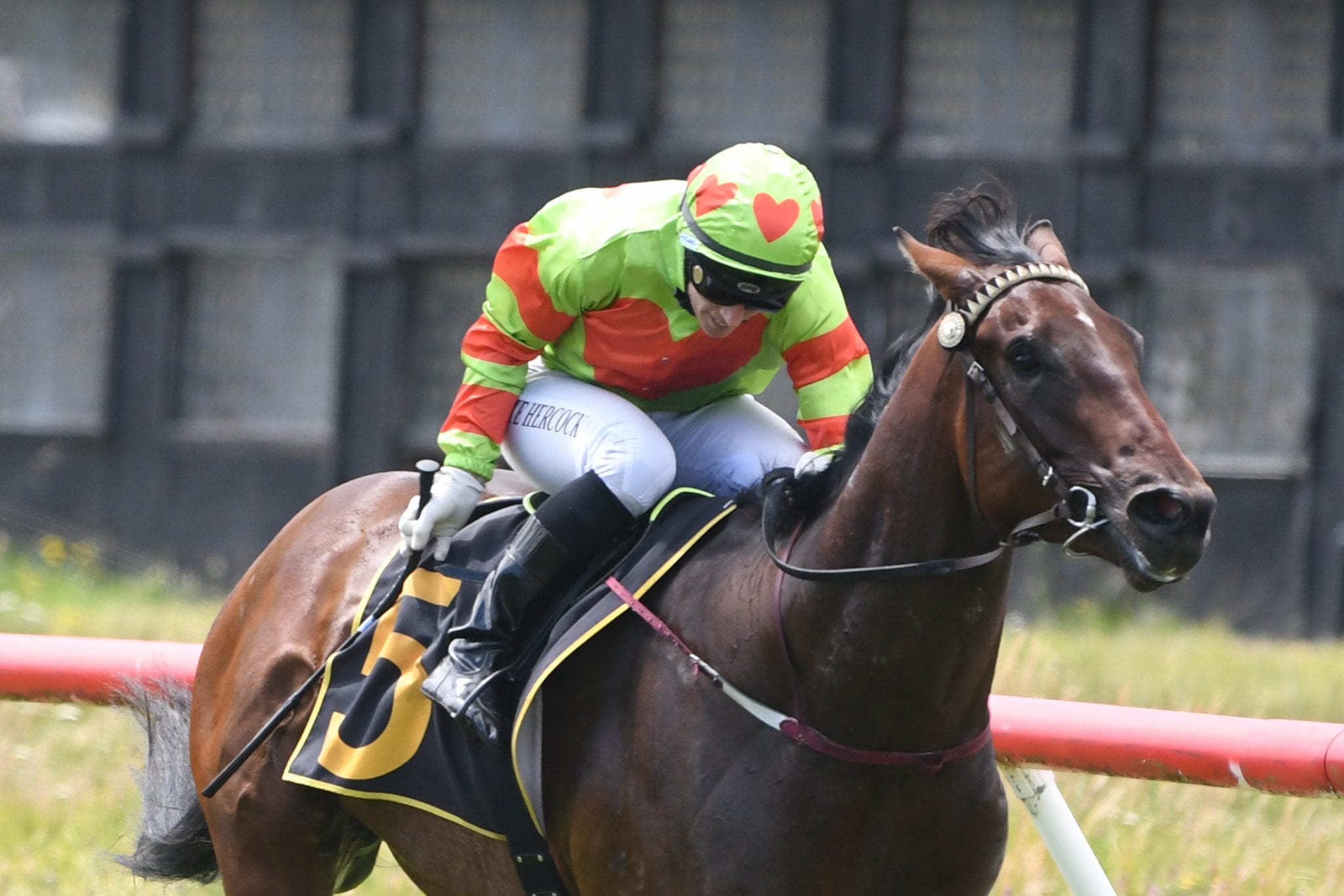 Former top jockey Kate Hercock hasn’t set herself any specific goals as she begins the second phase of her race-riding career off the back of a more than five-year absence from the raceday saddle.

The accomplished horsewoman made her return to the jockey ranks in the Central districts recently and, after some initial nerves, has begun to thrive in the competitive environment.

Hercock commenced her career in the 1994/95 season but took a break after the first two years of her apprenticeship before returning in 2002/03. Success came the following season where she rode 56 winners, her career best, and continued over the next six seasons as she tallied 237 New Zealand victories before making the decision to continue her career in Macau.

“I was doing okay here in New Zealand, but an opportunity came along to spend time in Macau, so I took the plunge and made the move up there back in 2010,” Hercock said. “I was a little reluctant to go there, but I wanted to honour the obligations I had made so off I went.

“It was a tough two years and very lonely as a female rider up there when you are on your own. “I also had a massive crash where I broke both my arms, so that sort of put paid to it all as I’m quite a home girl and was feeling pretty homesick, so I decided to move back to New Zealand.”

Hercock returned to Matamata where she worked for Waikato Stud in a pre-training capacity before spending time at Te Akau Racing as a track rider. The desire to return to her roots in the Hawke’s Bay began to play on her mind so she left the Waikato to start up her own training and pre-training business on a family property in the Hastings region in 2016.

“I had a lot going on in my life, but it really came time to take a break, reassess and part of that was making the decision to head home to the Hawke’s Bay,” Hercock said. “Mum came with me and we set up the business here.

“I have thoroughly enjoyed working hard and getting everything going, although my training stats are nothing to write home about, but about six months ago I started to think about riding again. “That is mainly because there is such a serious lack of senior riders around here and it’s often incredibly difficult to get a rider on raceday.

“When you have your owners wanting to put on senior riders and there is no-one available it is hard work, so I felt I could give it a real shot if I got back into shape. “I’d ridden a lot of work and at trials for trainers like John Bary, who said he would give me rides if I came back, so I got stuck in, lost about seven kilograms and reapplied for my license.”

Hercock is quick to admit she had a feeling of trepidation when she stepped back into the jockeys’ room on raceday. “I felt like a fish out of water,” she said. “I knew all the riders and Trudy (Thornton), Lisa (Allpress), and Lynsey (Satherley) have been friends for years, so that helped.

“It’s completely different riding at the trials as opposed to raceday so I just needed to get back into the swing of it, which I think I have now.”

While she hasn’t got any set goals in mind, Hercock is keen to ride her first winner and went desperately close to that at the Tauherenikau meeting on Saturday, finishing second aboard the Shane Brown-trained Gee String and second again two races later on Roger Allen’s Kaitlin Rose.

“It was really nice to get on horses that had a real chance yesterday, but frustrating I couldn’t quite pull it off,” she said. “It felt like the old days however I certainly need to learn to count as I copped a suspension for my whip use on Gee String.

“I knew I had made a mistake and fessed up as soon as they called me in to the judicial room. “I was having a laugh with Jonathan Riddell at the starting gates later on and he said to me that I must count but I told him I got to three, saw him coming and it all went out the window!”