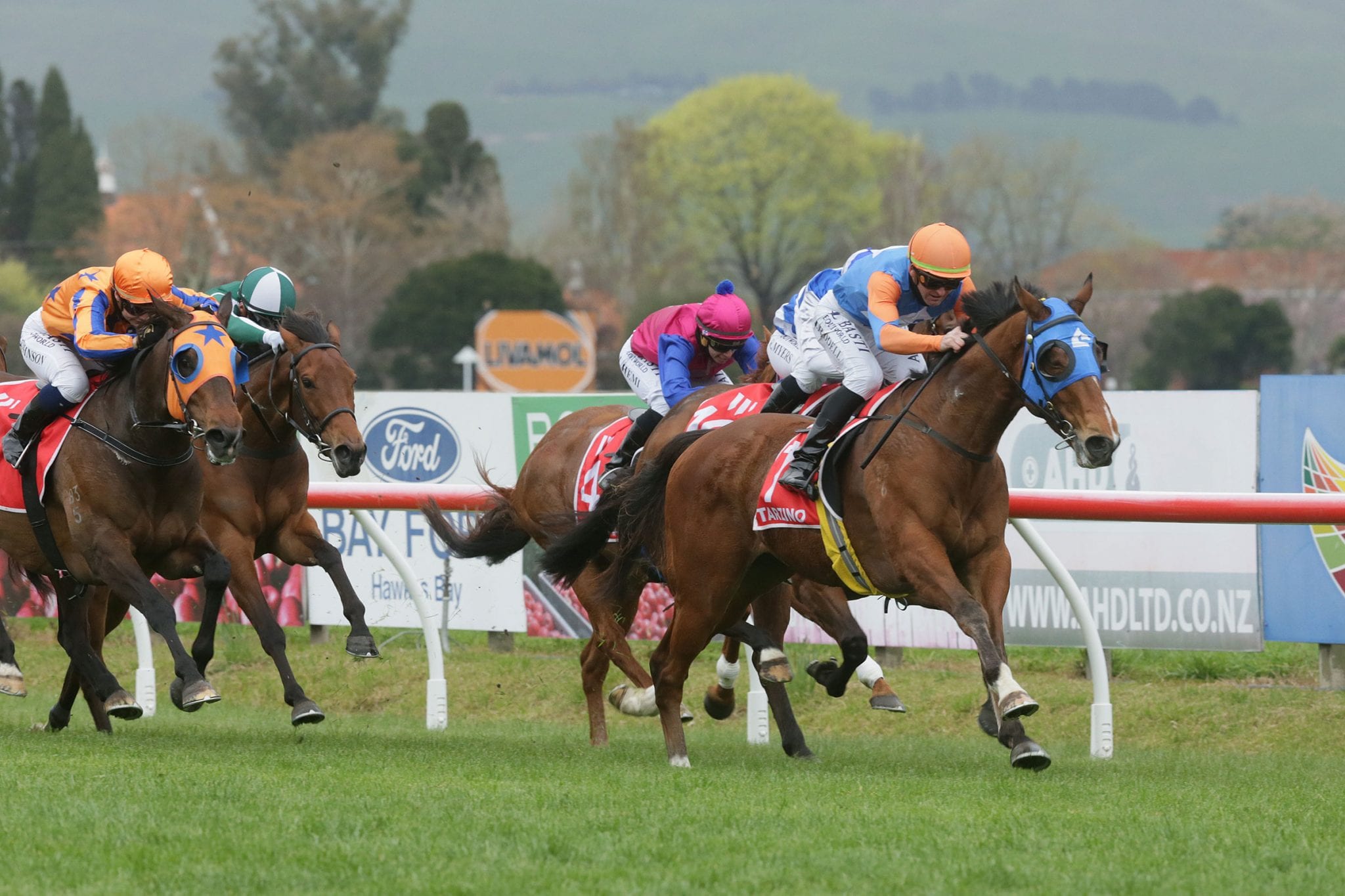 Bary is confident his charge is well prepared for the fresh-up assignment after a trial at Taupo last month where he finished a close second over 1050m. “He is about as forward as he was before the first Group 1 of the season,” Bary said. “We were thrilled with his trial at Taupo. He wasn’t going to trial there, but we snuck that one in which was good.

“We were going to trial at Foxton the other day but it was a Heavy10 so he did an exhibition gallop at Hastings which was pleasing. “He had been down to Waipukurau and galloped in company with Miss Labasa so we have kept it up to him. “Once he was in the paddock after the second day at Hastings we just thought ‘where’s next?’.

“Once they slaughter you with those points, going from 80 to 103, then you are weight for age pretty much. “His main aim is this race and then we are looking at Te Rapa in February (Group 1 BCD Group Sprint, 1400m) and then the Haunui Farm WFA (Group 1, 1600m) two weeks later. We will decide after Saturday if we need a run in January.”

Longer term, Bary is keen to try Callsign Mav over ground and said the gelding, who prefers racing left-handed, will sport visor blinkers on Saturday for the first time. Connections of Callsign Mav have become accustomed to wide barriers, and on Saturday he will jump from the outside gate of 8, with Jonathan Riddell to ride. “From out there we can stride forward and Jonathan can decide what he wants to do if Amarula or something decides to lead,” Bary said.

“We could get into the trail somewhere or if we get parked out we can go forward, he has tactical gate speed. “We have also been working with visor blinkers and a noseband because he has to learn to settle better and Jonathan was very happy with him in the trial. He said he is a different horse, he is happier.”

Bary will have a two-pronged attack on Saturday’s weight-for-age contest, with Motivation backing up after finishing seventh to Coventina Bay in last Saturday’s Group 3 J Swap Sprint (1400m) where he was blocked for a run at a crucial stage. “He didn’t get much of a run on Saturday, he travelled up and not saying we would have got first or second but if Julius wasn’t in the way we might have made a bid for third or fourth,” Bary said.

“He is really well. If we can get black-type for the horse it is good for his family and for Christopher Grace’ breeding operation.” Bary believes the Mastercraftsman six-year-old is best suited to 1400m but knows the weight-for-age conditions are against Motivation. “In my mind we are running for third or fourth with him but if we pull that off it will be great. “Ideally he is a handicap horse, but he does have ability and gallops with Callsign Mav a lot.”

Seven-time winner Hugo The Boss will also be in action at Awapuni on Saturday in the Japac Homes 1200, with Bary keen to test whether the seven-year-old, who was last seen on racday back in March, still has the zest for racing. “A couple of the owners pulled out so there is only myself, my mother and a couple of the other owners left,” Bary said. “We are just having a play with him and seeing if he wants to be back. We deliberately held him up for this and then into January and Wellington which is one of his favourite tracks. We will just see if he wants to be a racehorse.”

Kate Hercock, who has been away from raceday riding for the best part of a decade but has ridden 238 career winners, will ride Hugo The Boss and she partnered him to a jumpout victory in preparation for his return. “Katie is just down the road and is making a comeback. She rides a lot of work for us, she galloped Callsign Mav through the spring when we wanted her to,” Bary said.

“She gets him. He is a difficult horse to ride but she got on with him well in the two jumpouts he has been to, so why not give her a go? “She won races for me as a jockey in the early days and we are big on people who help the stable out and ride work, we are happy to return the favour and give them the rides.”