Hawtin 3YO to make big impact 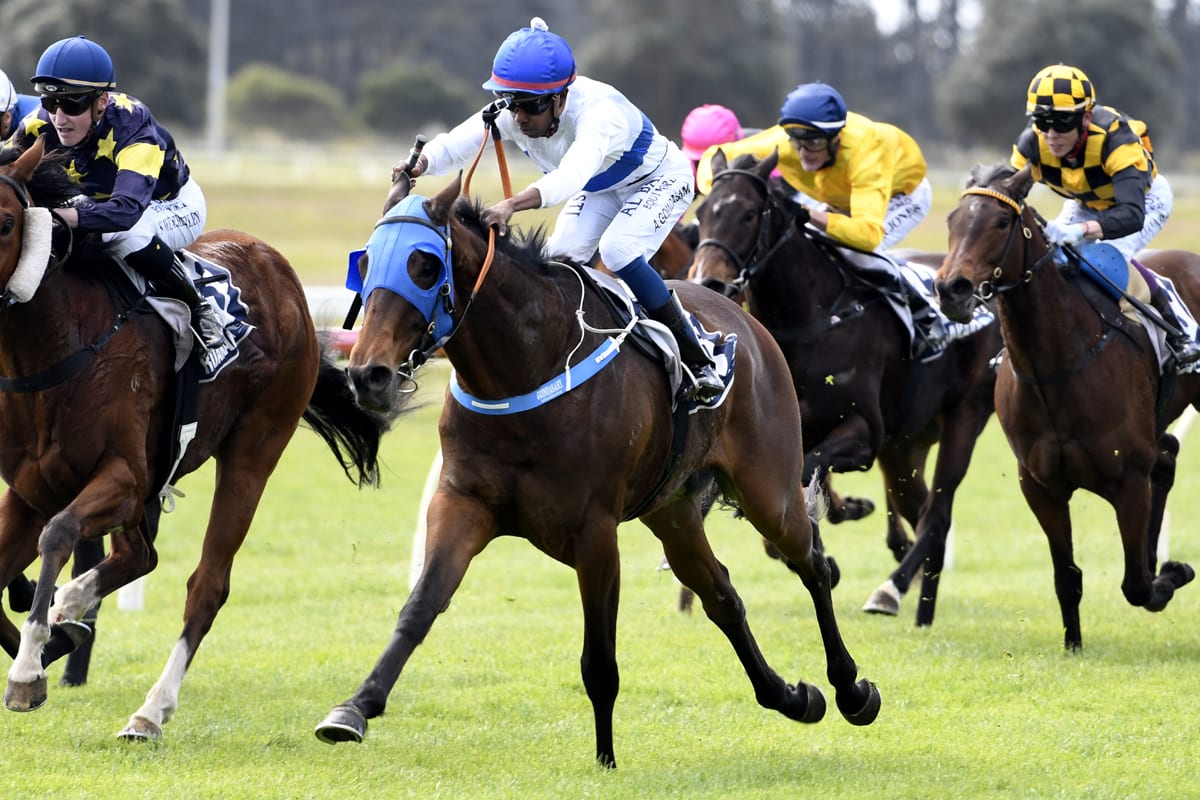 Te Awamutu trainer Keith Hawtin is delighted with the progress of talented three-year-old Double Impact. The Oaks Stud-owned son of Darci Brahma was an impressive maiden winner in August before featuring heavily in the stipendary stewards reports at his next two outings, when third at Hawke’s Bay before a sixth placing in the Group 2 James And Annie Sarten Memorial Stakes (1400m).

The gelding returned from a break when a pleasing second to Shezathinka at the Te Aroha trials on Monday and is poised to make an impact through the summer and autumn carnivals. “He trialled on Monday and did exactly what we wanted,” Hawtin said. “We just wanted him to cruise along and run to the line under his own steam, which he did. He pulled up exceptionally well. He is in line to run on Boxing Day in the three-year-old race, the Uncle Remus (Listed, 1400m).

“He was well behaved at the trials. He has just been a big kid but he is slowly but surely getting there. “Troy Harris (jockey) said the trial will bring him on nicely. He was true and straight up the straight. I think you will find he will just get better and better and I think there is a lot of improvement in him. “I think the older he gets, the better he gets but he just has that natural ability.”

Double Impact holds nominations for both the Group 1 Levin Classic (1600m) at Trentham on January 11 and the Group 1 Vodafone New Zealand Derby (2400m) at Ellerslie on February 29. “We think with the way he races, he relaxes and doesn’t pull, and when he puts it all together we think he might get a mile and a half,” Hawtin said. “It is all ahead of him and it is just a case of him doing it all right.”

The 67-year-old conditioner was headed for semi-retirement until son Brendon relocated to Australia to be foreman for ex-pat trainers Trent Busuttin and Natalie Young at their Cranbourne base. Hawtin junior will also train a handful of horses in his own name, with his father’s Te Awamutu barn to play a key role as a feeder. “I’ve got 20 here now, that is about it,” Keith Hawtin said. “I was planning on 16 but it is 20. Staff is the biggest thing but at the moment I am fine and 20 is easy to do. “I love getting up in the morning and I have to have something to do, so I am quite happy to just cruise along doing it.

“There are a few young ones coming through. There is a nice Mongolian Khan two-year-old that’s going to have his second jump out on Thursday then go out for a break. “There’s It’s Doable, she goes alright and once she gets up over ground she will be good and there are a few coming through but we are educating them. “It is nice to know we are going to keep Double Impact and it is good for The Oaks Stud (to have another nice horse) because they have put so much into the industry.”

The veteran horseman said son Brendon was not regretting the move to Cranbourne. “He is running one of Trent and Natalie’s barns but he will get his licence and train his own as well. He loves it. “If anything comes up good enough here it will have the option go over there.”