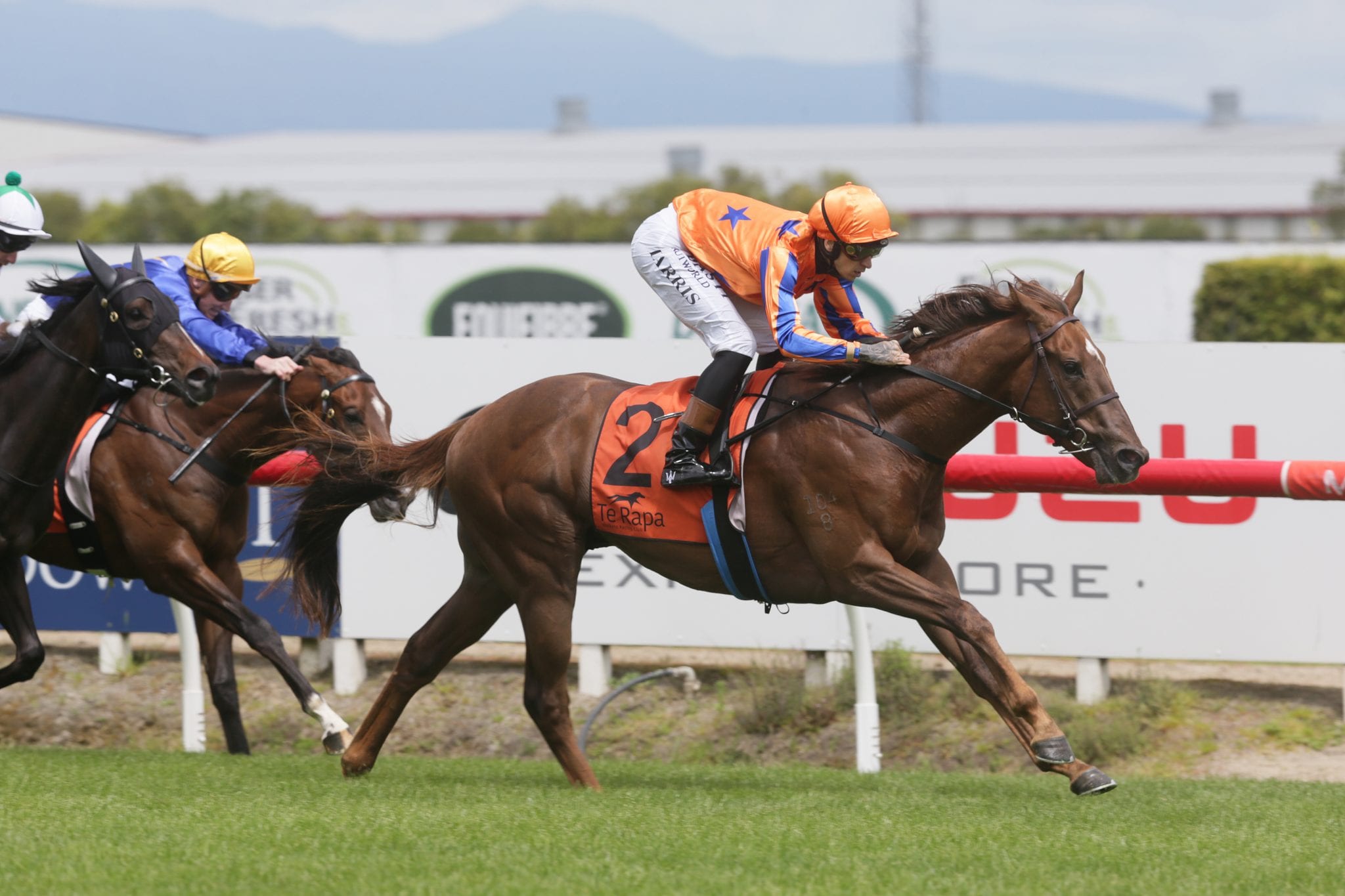 The Te Akau Racing team made the best possible start to their day when the Jamie Richards-trained Palamos justified some inspired support to take out the opening event at Te Rapa on Saturday.

With large teams engaged at both Te Rapa and Riccarton on the day along with quality four-year-old Probabeel looming as a major contender for the prestigious Group 1 Cox Plate (2040m) at Moonee Valley later in the afternoon, Richards was right on the money first up with the Extreme Choice two-year-old.

Rider Troy Harris had the colt away nicely from a handy barrier as he stalked pacemakers Miss Ipanema and King of Reds throughout the 1000m contest before drawing clear over the final 150m for a comfortable victory.

An $85,000 Book 1 Sale purchase by David Ellis CNZM from the Ainsley Downs Stud draft at Karaka earlier this year, Palamos backed up two impressive trial wins with his debut performance and has now put himself near the top of the qualifying table for the Karaka Million 2YO (1200m) at Ellerslie in January.

“He’s a nice horse who had impressed us at home and who had trialled up very well beforehand,” Richards said. “We thought he could go close and it was a good win as Troy tucked him in nicely behind them and brought him out at the right time in the straight. “Troy is exceptionally good at educating the younger horses and this colt will learn a lot from today.

“He can go in the paddock now for a couple of weeks, put some weight on and then we can put a programme together to get him to the Karaka Million. “That win should be enough to qualify him, which is great as with the money in the bank early on, we can afford to pick and choose just where we take him to get him to the race.”

Palamos is raced by Hong Kong-based businessman Edmund Wong who became involved with the Te Akau Racing operation after contacting Ellis. “This is the first horse we’ve started for Edmund Wong, who lives in Hong Kong, and it’s a real honour to have horses in training for him,” Ellis said. “He rang me out of the blue one day and asked me to buy a weanling for him.

“I had trouble deciding between three and he had me buy them all. Although not early two-year-olds, they are all showing something. “I then bought this yearling, which he liked, and I recently bought the full-brother to Werther for him as he also owns the mare.”

Wong took his first step into the breeding side of the industry through the private sale purchase of blue-hen mare Bagalollies, the dam of former Hong Kong Horse of the Year Werther and stakes performers Gobstopper, Milseain and Toffee Tongue.

Richards has now prepared each of the three two-year-old winners in the north this season after earlier victories with Quattro Quinta at Ellerslie and Sophisticardo at Avondale.