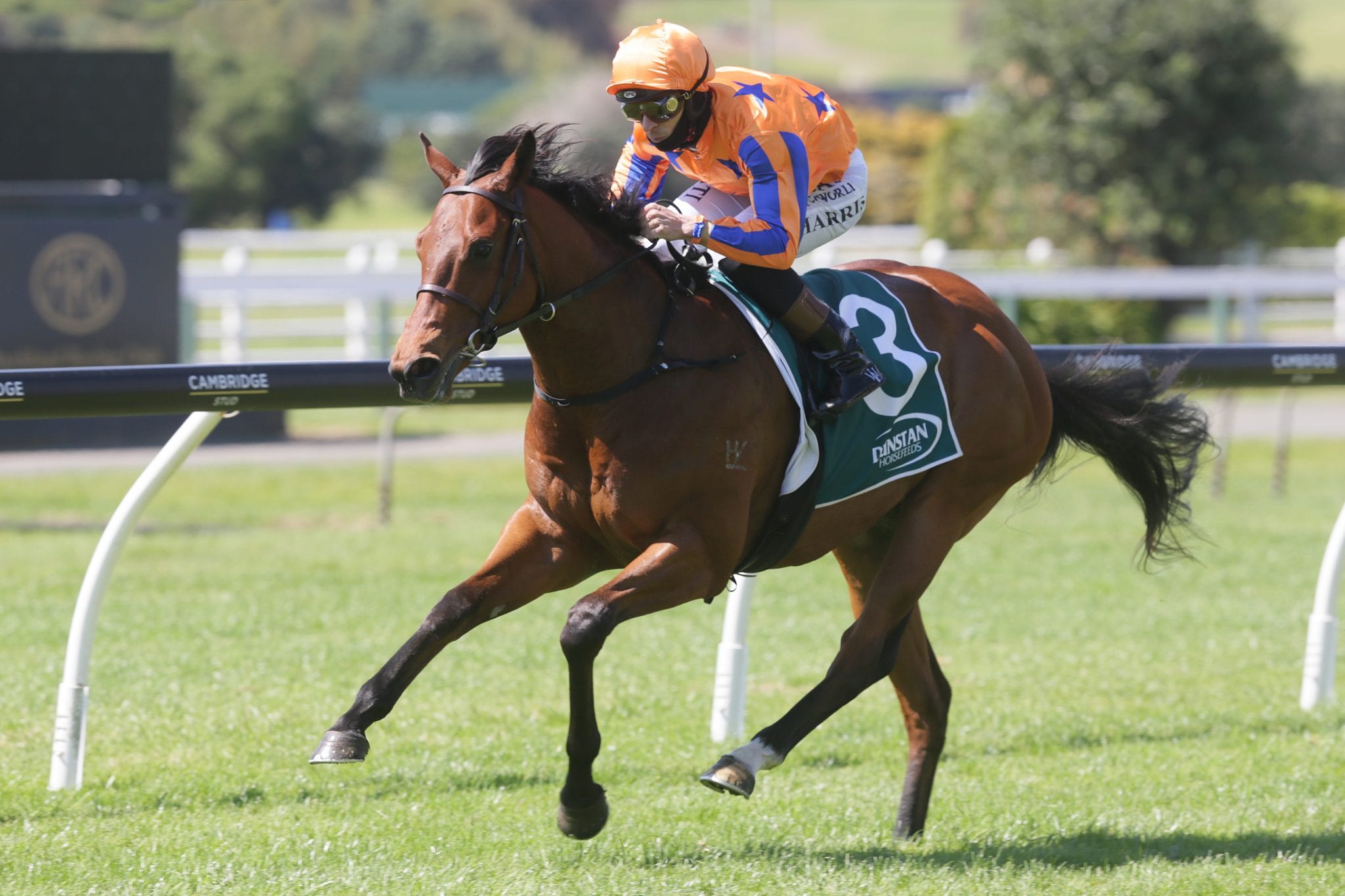 Race favourite Quattro Quinta backed up an impressive trial performance ten days ago when he proved too quick for his rivals over 880m in the first two-year-old event of the season at Ellerslie on Saturday. The Darci Brahma gelding was warmly supported off the back of his impressive victory in a 650m trial heat at Te Rapa and never gave his backers cause for concern as he sat in behind a steady pace for rider Troy Harris before asserting his superiority in the run home to win by a comfortable two and a quarter length margin.

The first two-year-old to step out this season for leading trainer Jamie Richards, Quattro Quinta is bred and raced by Karyn Fenton-Ellis (MNZM), Greg Tomlinson, David and Matthew Peacocke, and Oliver Saxton. Richards was delighted to get the victory after producing subsequent Karaka Million 2YO (1200m) and Group 1 Sistema Stakes (1200m) winner Cool Aza Beel to win the first two-year-old event of the season last year as well. “It was a nice win from a nice horse,” Richards said.

“It’s good to win early season two-year-old races and get them going. “He’s come to hand naturally and hasn’t had any pressure put on him, like we treat all our horses at two. “He had a couple of jump outs and a soft trial, came here in good shape and we were really pleased with him when he worked up the back straight on the plough on Wednesday morning at Matamata. “It’s such an advantage when the weather improves and we’re able to use the plough again, and the winners really start to flow as the tracks get better.”

“He’s bred by some good supporters of the stable, so I’m very pleased for them, and it was great to have Troy (Harris) back out there riding winners.”

From the stakes placed mare Quintette, a daughter of the two-time Group 1 placed and Group 2 New Zealand Cup (3200m) winner Everswindell, the Darci Brahma gelding had plenty of stable expectations around his raceday debut.

“He’s a horse we bred here at the farm and it’s very exciting for the breeders, who also raced his dam, Quintette,” Te Akau Racing principal David Ellis CNZM said. “We’ve also just received news overnight that she had a filly foal by Xtravagant (Pentire) at Newhaven Park Stud as well. “Our equine manager (Enzo Di Leoni) here at the stud broke him in and thought he could be our first two-year-old winner this season, and he was dead right.”