Te Akau Racing to the fore on Karaka Million racenight 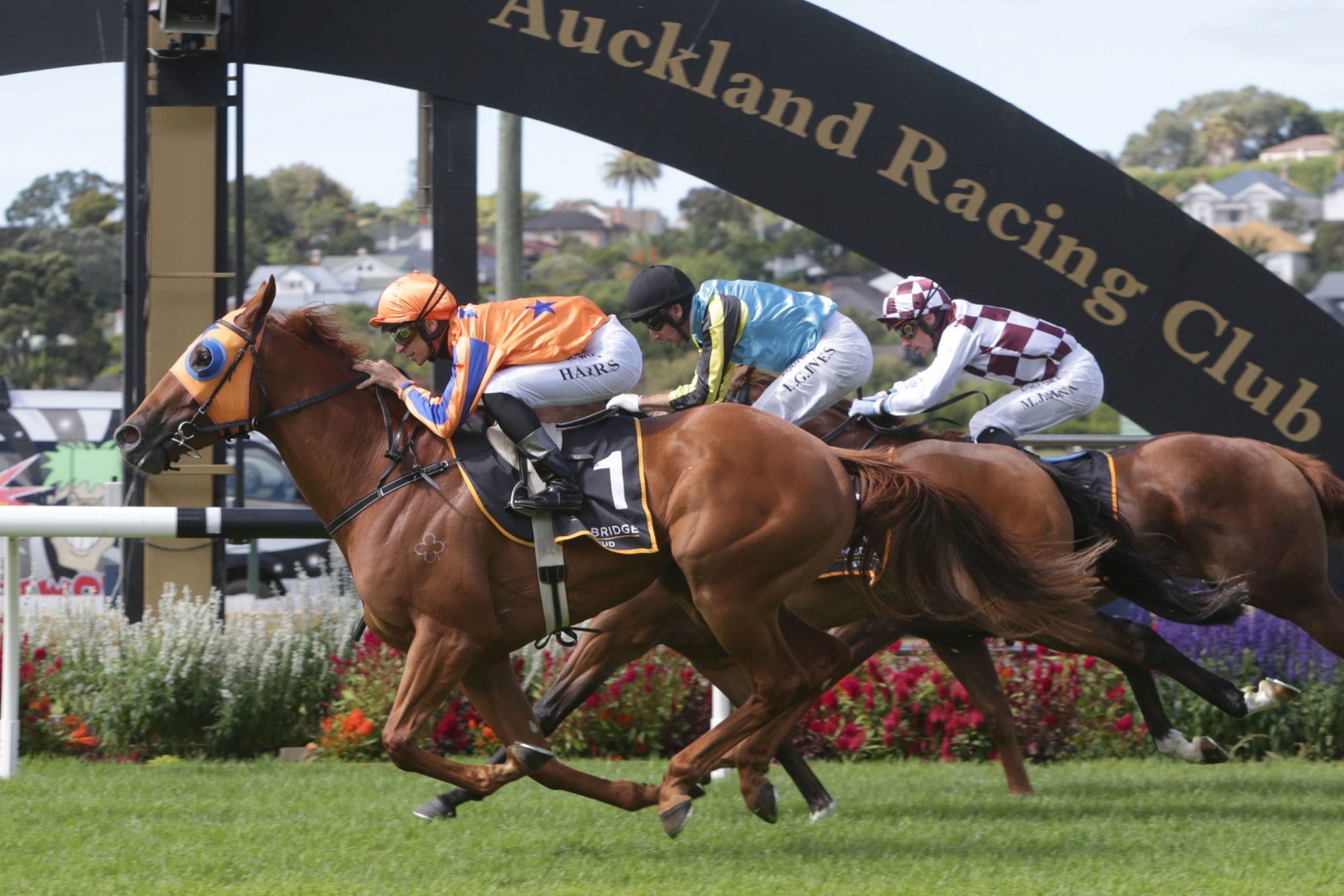 Classy three-year-old Need I Say More made his first run at Ellerslie a winning one when he lumped topweight of 60.5kgs to victory in the Group 3 Cambridge Stud Almanzor Trophy (1200m), the first race on Karaka Million night.

Carrying the familiar tangerine and blue silks of Te Akau Racing, colours that were to the fore throughout the evening, the son of No Nay Never had to be good to take the win after being caught three-wide throughout the 1200m contest.

Rider Troy Harris never panicked as he allowed his charge to ease around the home bend before issuing an irresistible challenge at the 200m that carried him to a convincing half-length victory over the late closing Explosively, with pacemaker Babylon Berlin close up in third.

Trainer Jamie Richards was happy to get the win under his belt as he looks ahead to a Group 1 assignment with his charge next month. “He did it the hard way after being a little slow away,” Richards said. “He really didn’t have the speed to muster but thankfully one went around them to give us a bit of cover, which was a big help.

“It was a really tough effort to sit out there and carry that weight, so it is a great way to start the day. ‘Mind you, there is going to need to be some improvement in him as he is probably going to have to run against Avantage in his next start (Group 1 BCD Group Sprint, 1400m).”

A $130,000 purchase by David Ellis CNZM from the Kilgravin Lodge draft during the Book 1 session at Karaka in 2019, Need I Say More has now won five of his seven starts and over $190,000 in prizemoney.

Success continued for the Te Akau Racing team later on the card as they provided the first four home in the $1m Doubletree by Hilton Karaka Million 2YO (1200m) with On The Bubbles taking the thick end of the prize, before promising mare Entriviere gave an indication she could be a future superstar with an effortless victory in the Group 3 Brighthill Farm Concorde Handicap (1200m).

The Tavistock four-year-old had provided an inkling of her potential when successful in rating 74 company at the venue on Boxing Day, but Saturday’s group Three feature was her biggest test to date.

Beautifully handled by Danielle Johnson, Entriviere bounded away from an inside draw to dispute the pace before taking a trail behind pacemaker Rock ‘N’ Affair. Eased off the fence at the 300m by Johnson, Entriviere dashed to the lead before comfortably holding out the late charges of Justacanta and Pretty To Sea.

“She got the soft run from the good gate and wasted no petrol,” Jamie Richards said. “This was her biggest test and she duly obliged. “She is a very exciting mare. “She’s by Tavistock but she has speed to burn. She might be bound for the top drawer.”

Johnson was equally impressed by the win. “She is just so tough and I was really looking forward to riding her today,” she said. “She sprinted so well once I got her into the clear. “It definitely isn’t her pet distance, so she is going to get better at 1400m and a mile. “Her ability is untapped, so I hope she has a Group 1 (victory) in her.”

Bred by Central Districts training doyen Kevin Gray and his wife Kath, Entriviere hails from an extended family that includes multiple group One winner Maldivian and has now won four of her five starts.