Rain the only drawback for heavily armed Richards 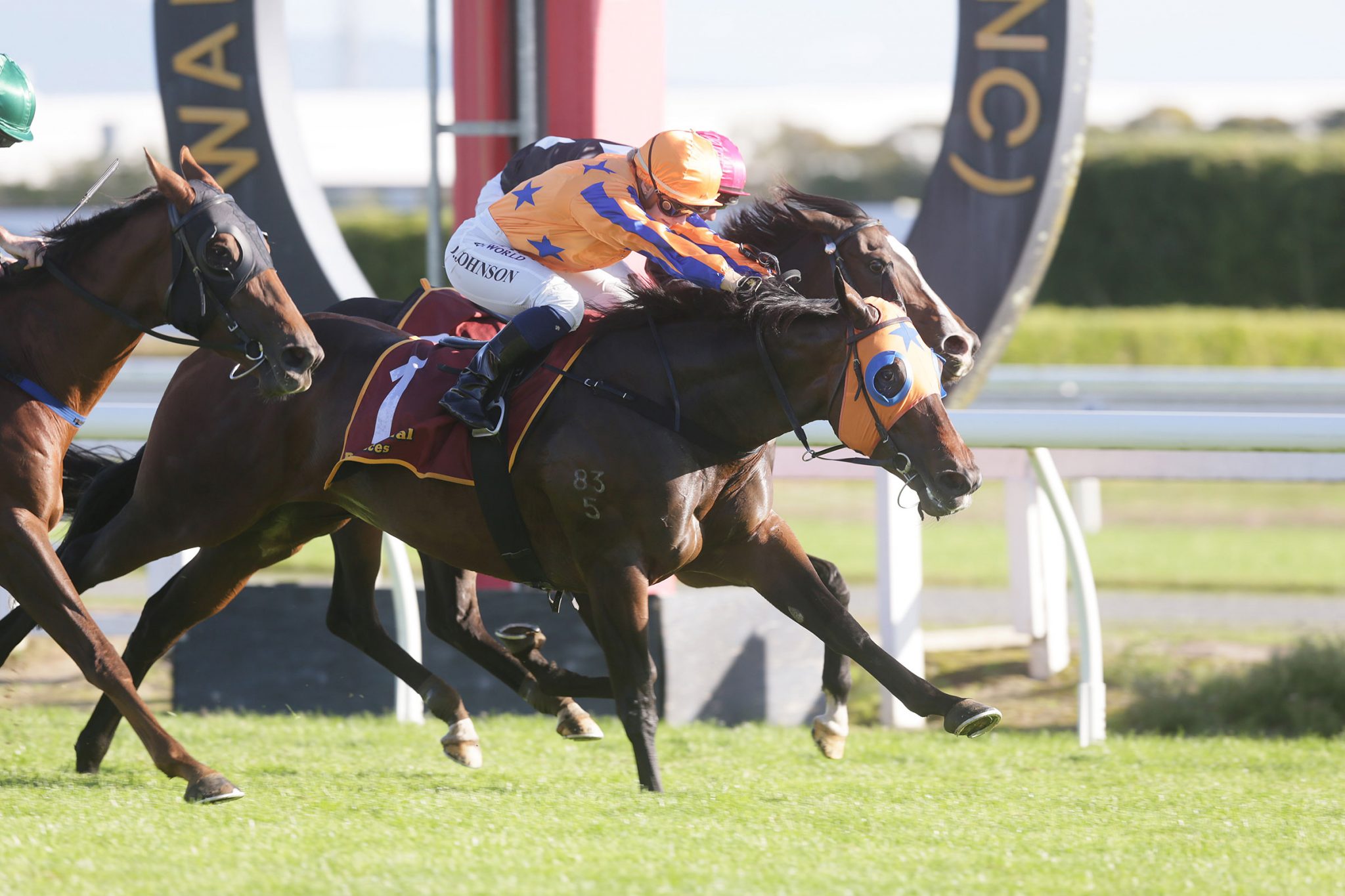 This weekend will prove to be one of trainer Jamie Richards’ busiest to date, with 34 horses accepted at Taupo on Friday, Riccarton and Hastings on Saturday, and Te Aroha on Sunday, plus a trio of stars — Probabeel, Kahma Lass and Amarelinha — in Australia.

“It is probably the most we’ve had entered for a weekend,” Richards said.

“But it’s the time of year that we look forward to and hopefully the weather can play its part. We’ve got the gun loaded but it’s just kept raining.”

Rain forecast for late in the week, particularly in the North Island, has Richards nervous because he doesn’t want to flatten key members of his spring team early in their new preparations and he said he was prepared to scratch horses if he wasn’t happy that they would handle conditions.

Prise De Fer was a fast-finishing third in the Group 2 Foxbridge Plate (1200m) at Te Rapa a fortnight ago, while odds-on favourite Avantage could only manage eighth place off a wide run. Savy Yong Blonk goes into the Tarzino fresh-up off two trials.

“I can’t fault Avantage. Hopefully it was just a bad day for her at Te Rapa. I’m really pleased with where she’s at and how she’s going. She’s been eating well and she seems to be her normal self,” Richards said.

“Hopefully she can bounce back. She’s an older mare now and it wouldn’t be the first time an older mare has thrown in a bad one first-up. She’s got a nice draw. She should get a soft run from there.”

“I had Ryan Elliot booked. With Catalyst not running, I asked him permission to put Troy on him and he’s let us do that. I’ll look after him,” Richards said.

“But we’ve got our fingers and toes crossed that they don’t get the rain down there because most of our horses want to be running on a better track. A mile is his pet trip but he can be competitive from 1200m to 2000m.

“Savy Yong Blonk is going really well. I thought back to Our Abbadean, who sprinted well fresh in this race (for third in 2018), and I think she can put up a similar performance. She’ll get back but she’ll be hitting the line strongly. She’s another that wants good ground.”

Richards said all three would return to Hastings for the Group 1 Windsor Park Plate (1600m) on October 2.

Richards will produce unbeaten I Am Invincible filly Imperatriz as a +120 favourite in the Group 3 Hawke’s Bay Breeders’ Gold Trail Stakes (1200m) at Hastings, pleased with how she came through her three-quarters of a length fresh-up win over stablemate I Wish I Win at Te Rapa.

“Her work has been up to scratch. I’m pleased with how she’s going. She’s drawn well (in barrier one) and seems to handle most track conditions. Hopefully she can front up again,” Richards said.

Richards has Imperatriz entered for the Group 1 Barneswood Farm New Zealand 1000 Guineas (1600m) at Riccarton on November 13 and though he wasn’t convinced she was a natural miler, he was keen to give her the chance of progressing towards that race.

I Wish I Win and Sophisticardo will contest the Listed El Roca Sir Colin Meads Trophy (1200m) at Hastings.

“I Wish I Win is going really well. He’s bounced through Te Rapa in good shape and has really come on with that run so he should be hard to beat,” Richards said.

“Sophisticardo had no luck at Cambridge but had trialled really well beforehand. It’s turned out a pretty good field but he’ll get a good run from barrier two and he’s only got to find his good two-year-old form to be a good chance.”

Richards will also line up the trio of Miss Aotearoa, Phantom Witness and Vamos Bebe in the Caro Meo Fashion In The Field 1200 at Hastings, while his other domestic runners on Saturday are Shepherd’s Delight, Fashion Shoot, Radegast, Markus Aurelius, Need I Say More, Summer Monsoon, Irish Red, Synchronize and Zouluminous at Riccarton.

“I am happy with the team down there but not so happy with some of the barrier draws. We’re looking forward to seeing Synchronize, and Need I Say More is kicking off down there, hopefully getting ready for the Stewards (Handicap over 1200m at Riccarton on November 10).”

At Taupo on Friday, Richards has accepted with Aotea Lad, Aromatic, Exaltation, Feelin’ Fancy, Maasir, Seajetz, Vincere and Leica Star, while his entries at Te Aroha on Sunday are Shebringsmerubies, Richard Of Yorke, Brando and Mai Tai.