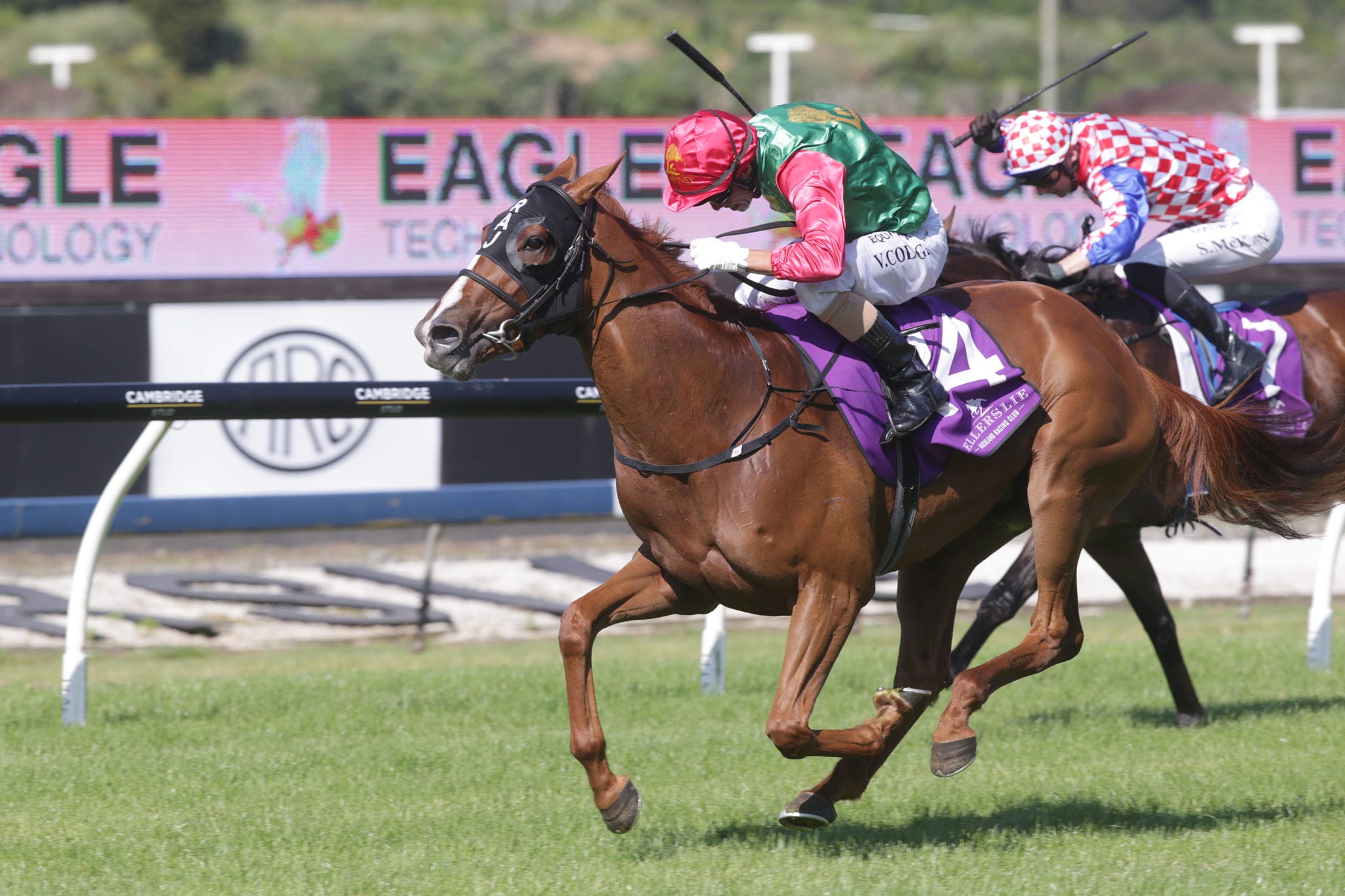 Robert Wellwood recorded his first black-type win as a trainer at Ellerslie on Boxing Day last year and he is hoping it will be a fruitful day once again at the Auckland track on Thursday. “It was a big thrill to do it on Boxing Day at headquarters,” he said. “It was a good day, so it would be nice if we could back it up and do it again.”

That first feature win came courtesy of Hypnos in the Listed Shaw’s Wires Ropes Uncle Remus Stakes (1400m), and Wellwood, who trains in partnership with Roger James, will take a strong contingent into the race this year with Group performers Shenanigans and Hasstobegood.

Shenanigans won on debut before finishing runner-up behind Scorpz in the Group 3 Wellington Stakes (1600m) at Trentham last start, and his trainers are looking for a solid run from the son of Ocean Park ahead of a return to Trentham next month. “He’s a horse with a lot of raw ability. He has still got a lot to learn before being the finished product,” Wellwood said. “The 1400m of the Uncle Remus is probably going to be a bit short for him, but hopefully it’s just a nice run that bounces us into the Levin Classic (Group 1, 1600m). “He is going to have blinkers on, which could help him.”

Stablemate Hasstobegood will also contest the Uncle Remus Stakes and Wellwood said the performance of the three-year-old filly would dictate the path they navigate ahead. “She ran nicely the other week at Ellerslie (when finishing fourth in the Group 3 Bonecrusher Stakes, 1400m), but we are just unsure as to whether she gets 1400m or a mile, so we are going to learn a bit on Thursday about where we are going to head with her,” he said. “We could sharpen her up and have her racing back over 1200m, which she has excelled at, or we could stretch her out to a mile because she is Karaka Million eligible. “If we believe we can get a mile we may have a crack at the 3YO Classic.”

While Hypnos gave Wellwood his first stakes win last year, the Cambridge conditioner is hoping the gelding can repeat his Boxing Day heroics, but this time in the Dunstan Feeds 1500 Championship Final.

The son of Reliable Man heads into the race in winning form, after claiming victory over 1400m at Awapuni earlier this month, and the only concern Wellwood has heading into Thursday is the 60kg Hypnos has been lumbered with. “He has got a lot of weight,” Wellwood said. “But he is racing really well and is back in good form. He has come through the run at Awapuni very well, so we couldn’t be happier with him. “But weight stops trains, so we are just hopeful that he is a class above them.”

Everything going to plan, Hypnos will back-up at Ellerslie on New Year’s Day before heading south to Trentham for a Group 1 assignment. “If he came through the run well on Boxing Day we may look to head to the Rich Hill Mile (Group 2, 1600m) and then the Thorndon Mile (Group 1, 1600m). But we will just take it step-by- step with him.”

Wellwood is particularly excited about the prospects of three-year-old filly Two Illicit who will be aiming for back-to-back stakes victories when she contests the Group 2 SkyCity Eight Carat Classic (1600m) on Thursday. The daughter of Jimmy Choux boasts a near impeccable formline after two victories and a placing from just three starts, including a last start victory in the Listed Trevor Eagle Memorial 3YO (1500m).

“She’s a lovely filly and she’s in grand order,” Wellwood said. “She has ticked every box heading into this, so it would be nice to get another stakes win with her. “She will hopefully head to New Year’s Day also. I think as we start getting up over ground in these fillies races after Christmas she is really going to be a force to be reckoned with.”

The James and Wellwood team have been in great form of late, headlined by Concert Hall’s win in the Group 3 Manawatu Cup (2300m) at Awapuni, and they hope it will continue over the festive season. “It was a terrific result,” Wellwood said. “She has been rather frustrating in the way that she has been racing, it has made it very hard to win races. So it was nice to see her sit in the first half of the field and when she let down she really dominated. “She will probably head to the City of Auckland Cup (Group 3, 2400m) on New Year’s Day now.”