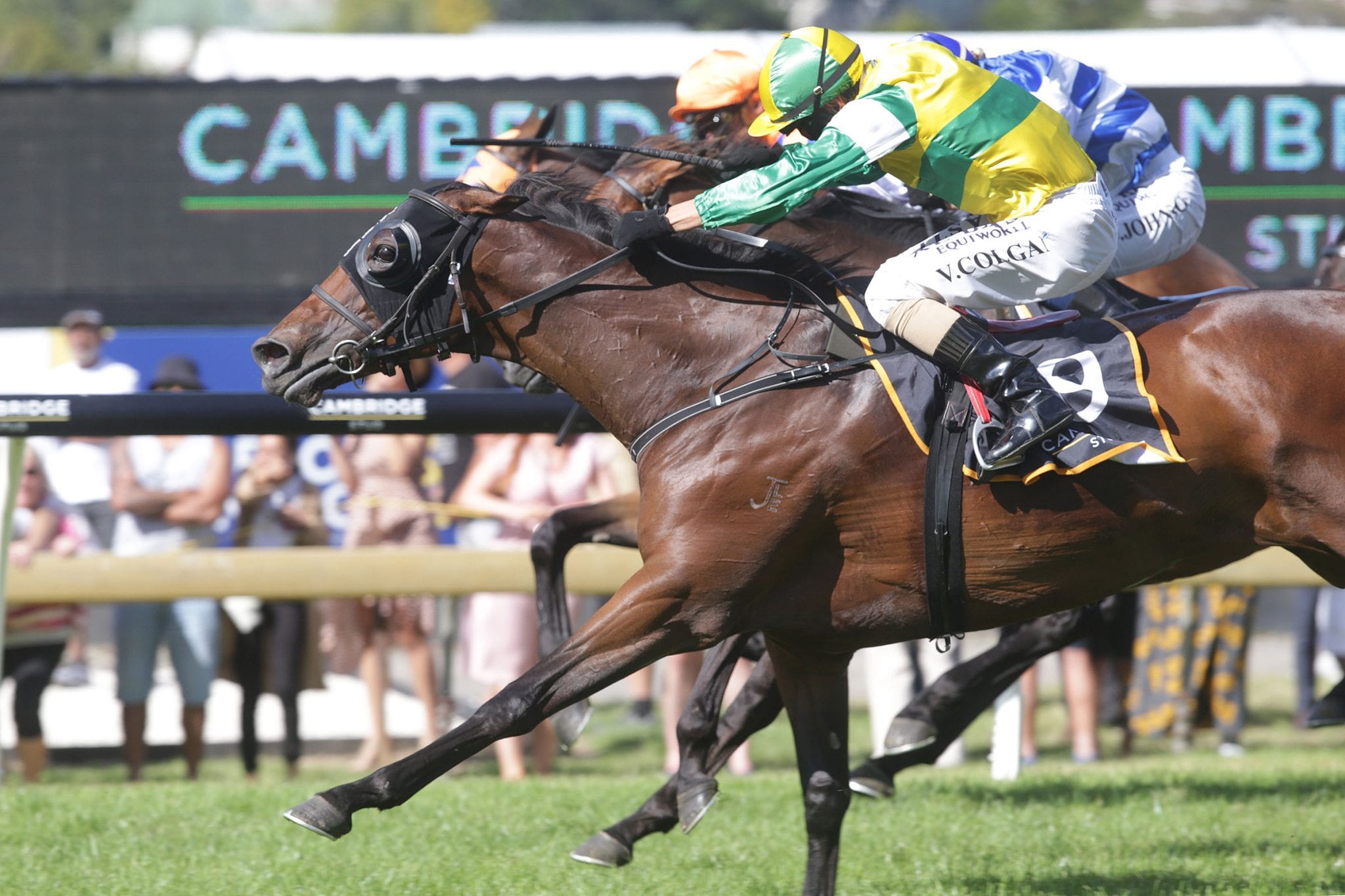 Three of Australia’s feature middle distance races are on the cards for classy Cambridge mare Concert Hall this autumn. The six-year-old mare has been nominated for the Group 1 Australian Cup (2000m) at Flemington on March 6, and she also has the Group 1 Ranvet Stakes (2000m) on March 20 and the Group 1 Tancred Stakes (2400m) on March 27 on her radar.

Roger James, who trains Concert Hall with Robert Wellwood, knows what it takes to win the latter pair, having won the Ranvet and Tancred in 2014 with his outstanding mare Silent Achiever. Concert Hall doesn’t have the record of Silent Achiever as yet, but James said she had continued to get better with age.

“She’s racing at a level that she hasn’t raced at before, now that she’s got maturity,” he said. “Whether she’s sharp enough at 2000m remains to be seen, but she does get a mile and a half and I think she’ll look very well placed in the Tancred. “I think the big roomy straight of Flemington will really play into her hands as well.” James said.

Concert Hall had thrived since winning the Group 1 Zabeel Classic (2000m) at Ellerslie on December 26. She will gallop between races at Ellerslie on Saturday and then contest the Group 3 Powerworx Taranaki Cup (1800m) at New Plymouth on February 6. “I think she’s got 42 days between the Zabeel Classic and the Taranaki Cup and then a month from there to the Australian Cup, so she’s going to have a nice preparation really.”

James and Wellwood will be represented at Ellerslie by Western Springs, who is set to contest the Doubletree By Hilton Karaka Million 2YO (1200m). Western Springs has won his only race, beating fellow Karaka Million contestant Mr Blue Sky at New Plymouth on December 29, and James believes he has a solid chance in an open race.

“He’s not a natural two-year-old but I’m getting there with a lovely preparation,” he said. “He has drawn three so you can’t discount him.”

Also emerging from the James-Wellwood stable this summer has been the three-year-old filly Cheaperthandivorce, a fast-finishing second to Milford in the Listed Te Akau Gingernuts Salver (2100m) at Ellerslie on January 10.

Cheaperthandivorce isn’t nominated for the Group 1 New Zealand Derby (2400m), a race James has won five times, and while he wouldn’t rule the Derby out completely, he said the Group 1 New Zealand Oaks (2400m) at Trentham was her main target. “She’s a very good filly,” James said. “I haven’t tightened up her plan yet but she’s definitely on an Oaks mission and she could quite possibly go next to Te Rapa for the Group 2 Fillies Classic (2000m).”

Given all his success in the Derby it’s perhaps a surprise James hasn’t won the New Zealand Oaks, but that’s in part because he often sets his top fillies for the Derby, such as Silent Achiever, the Derby winner of 2012, and Two Illicit, runner-up last year.