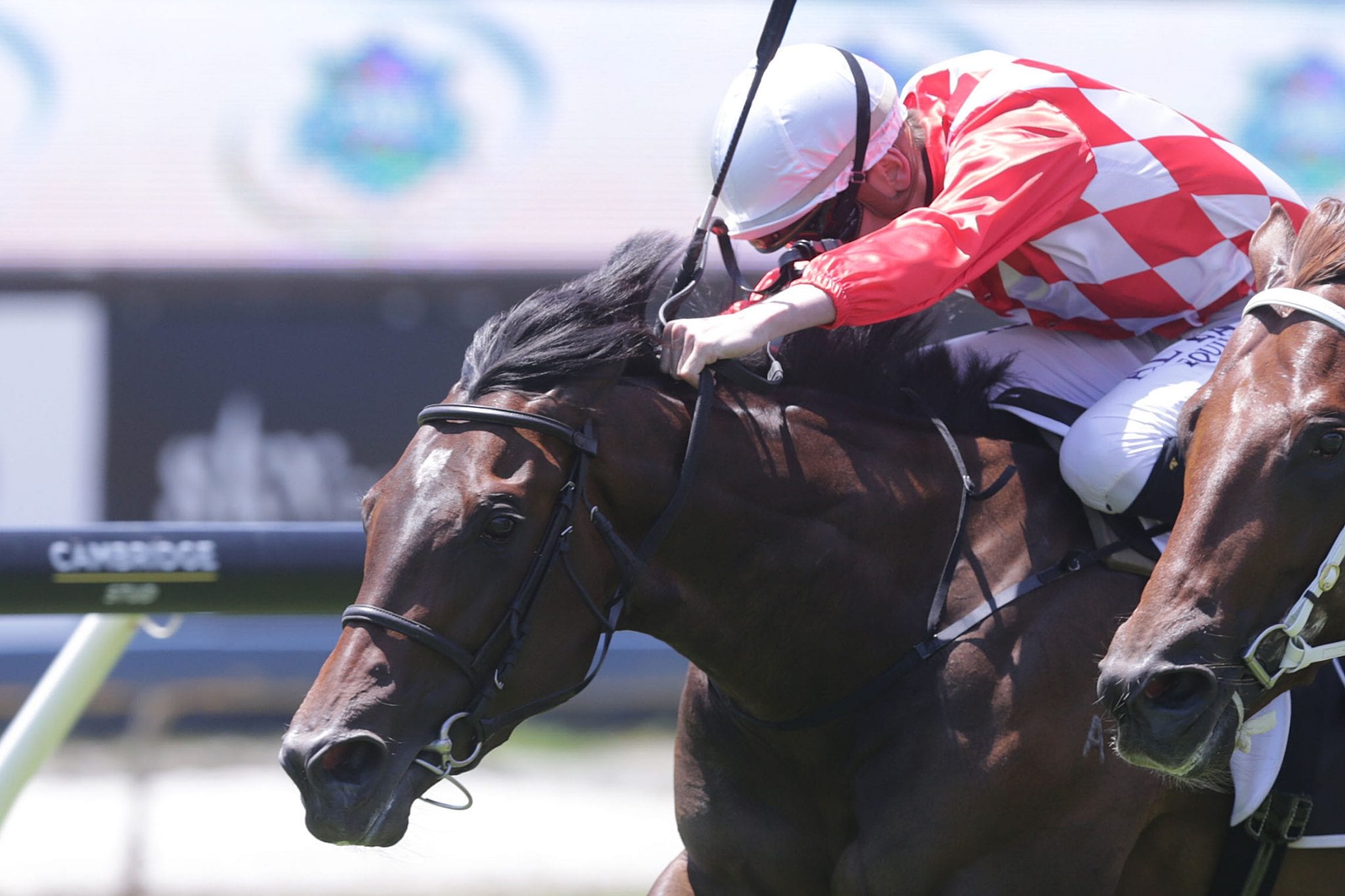 Cambridge trainer Robert Wellwood is one of the bright young stars of the New Zealand training ranks and the hands-on horseman has already proved adept at a number of roles in the thoroughbred industry. But on Monday Wellwood ticked another industry box, filling the void as the commentator at the Taupo trials, after a rostering faux pas.

“We turned up first thing as we had one in heat three and they announced over the loud speaker that because the trials were only put on at the last minute, somebody at the TAB had forgotten to roster on a commentator,” Wellwood said. “Gerald Fell (member of the Taupo Club committee) said that if anyone wants to give it a go, come on up to the commentary box.

“We had one in the third trial, so I went and did that and they kept saying they were in need of a commentator after that, so I thought why not tick it off the bucket list. “It was a very boring trial meeting without anybody commentating, so I thought I might as well give it a crack.”

Wellwood called at least half a dozen trials and enjoyed the banter with his mates in the tight-knit industry. “It was basically what I could do in between our own horses that were trialling,” he said. “I don’t know that I am any George Simon, but it is ticked off the bucket list. “Everyone had a bit of a chuckle. It was a bit of a laugh but I think I will stick to training. I wasn’t that good at it.”

Good friend and fellow trainer Stephen Marsh was quick to provide some ribbing, with Wellwood giving plenty back in his commentary of the Marsh-trained Baby Face in heat 21. If northern commentator George Simon is ever in need of a few races off, Wellwood is only too happy to oblige on one proviso. “As long as he saddles our horses, I might be able to give him a hand,” he quipped.

After trials at Taupo on Monday and races at Rotorua on Tuesday, Wellwood’s focus will be on Karaka in the coming days for the Ready to Run Sale of two-year-olds where he and training partner Roger James are keen to add to the team.

The in-form stable will also have a handful of key runners at Counties on Saturday, with Madam Hass, Shenanigans and Monlula stepping out, with the former to contest the Listed Haunui Farm Counties Bowl (1100m). “It looks like it will come up a pretty strong field. The 1100m will suit Madam Hass. She is a pretty sharp mare and it will be her first test at this level, but she is probably there to take that step,” Wellwood said.

Monlula will contest the HR Fisken & Sons Ltd 1600, while Shenanigans will line-up in the Vernon And Vazey 1400. “Shenanigans is going well. I thought his first-up run at Te Rapa was good. He needs a run under his belt to get that fitness and he is a horse we are looking to step up over ground at short notice,” Wellwood said. “Monlula is the same. He is just going over the mile again, but he is a real staying horse and he is a bit of a talent. He will be one to watch when he gets to 2000m and beyond.”

Meanwhile, the stable’s pair of Group 2 winners over the past week — Hypnos and Concert Hall — have both come through their exertions well and will both be aimed at the Group 1 Rydges Wellington Captain Cook Stakes (1600m) at Trentham on December 5. “Hypnos came straight home (from Christchurch) and went back to the farm. He will come back in early next week and might go to the water treadmill, which we have used successfully with him before,” Wellwood said.

“Concert Hall is jumping out of her skin. If I wasn’t there on Saturday, you wouldn’t believe she’d run a race. “We will just keep her nice and fresh and she is going really well over the mile now. It looks a nice race for her and it is probably going to be missing a few stars that you might have bumped into earlier in the spring.”