Stable firing up with strong ammo 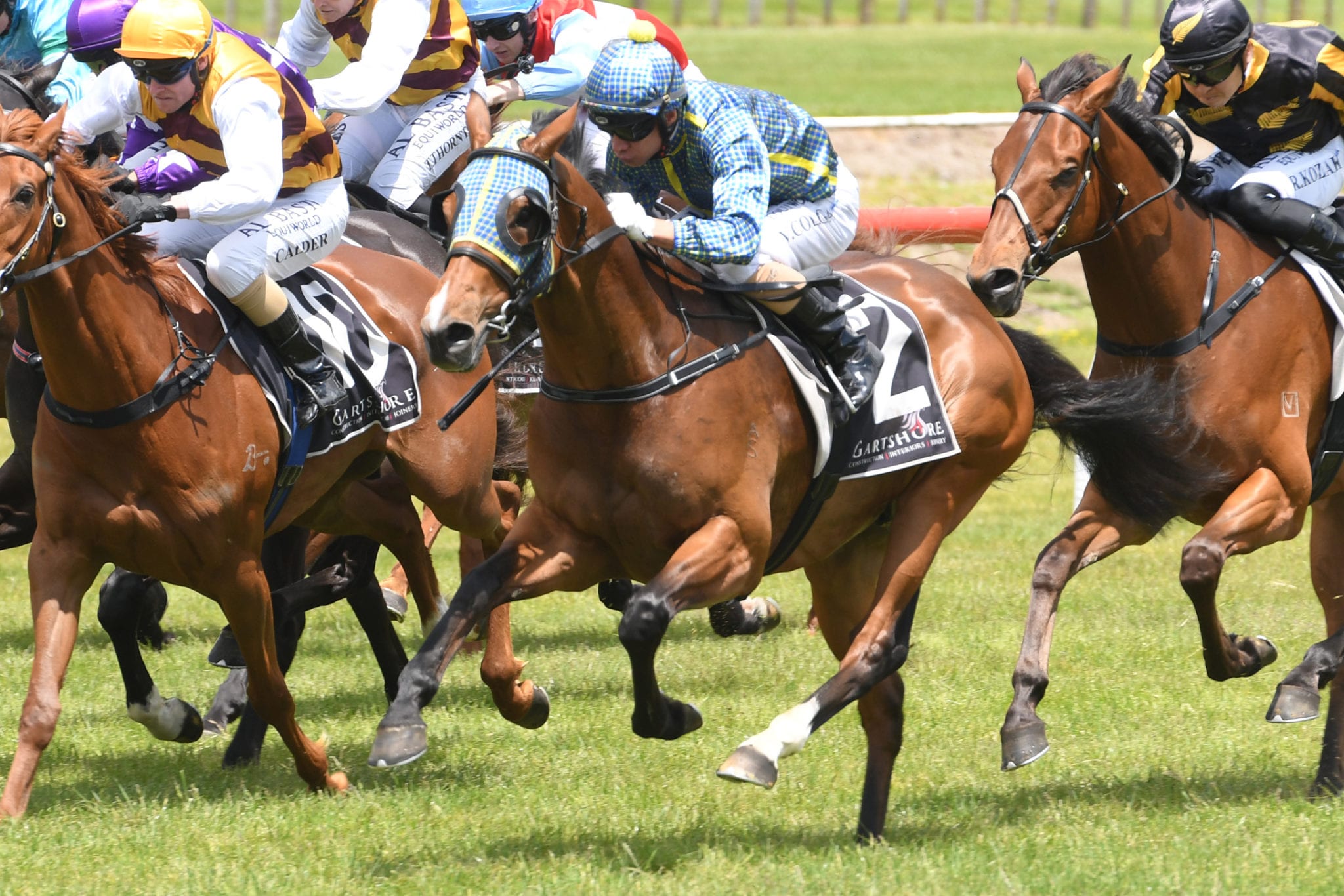 Roger James and Robert Wellwood are looking to add to their fine recent strike rate this weekend, with horses to be engaged over three meetings, including a couple of stakes candidates at Pukekohe on Saturday.

After a slow start to the local season with limited representation, the Cambridge trainers have come out firing this month with four winners, including three of their last six starters. “We just had to wait for the weather to come right and be able to get the horses fit enough,” James said. “We’ll have four runners at Taranaki on Friday, three at Pukekohe on Saturday and a couple at Te Rapa on Sunday.

“We’ve got some very nice young horses and they’re coming up well. Grand De Flora, Shenanigans, Hasstobegood and London Banker have all won well lately and they’re very promising. “I’m also pleased with the way Concert Hall is coming up. She will go to the Counties Cup (Listed 2100m) on Saturday. “We’ve also got Hasstobemagic going there for the two-year-old race (Listed Construction 2YO Stakes, 1100m). She went a nice race in her first start at Hastings for second and got to the line well.”

Concert Hall, a winner of five of her 14 starts, finished fourth to Fiscal Fantasy in the Group 3 OMF Stakes (2000m) at Ellerslie on Melbourne Cup day after a rocky run which resulted in her losing a plate. “She came from back off a slow speed and it was her first run over ground this time in,” James said. “Her sectionals were enormous and she should be a good chance on Saturday. She’s come up stronger.”

Also headed for the Pukekohe meeting will be stablemate Hypnos, the Group 1 Levin Classic (1600m) equal runner-up last January who has been freshened since an unsuccessful three-race Melbourne campaign. “He trialled up well at Avondale last week and Vinnie (Colgan, jockey) never moved on him,” James said. “He’s eligible for the Dunstan Feeds 1500m Championship Final at Ellerslie on Boxing Day so that could be his target.”

James and Wellwood are looking toward the Ellerslie meeting on Saturday week for their promising three-year-olds London Banker, Grand De Flora and Two Illicit, who was their first winner for the season when scoring easily at Ellerslie last month.

The Tavistock four-year-old London Banker, the latest of the stable’s winners, created a big impression in his fifth start when charging home to clear maiden ranks over 1600m at Tauranga last Saturday. “He’s been his own undoing a couple of times, but he has always shown plenty of ability,” James said. “He’s in both the Dunstan Feeds races, the Stayers Championship Final (2400m, on New Year’s Day) and the 1500m. He’ll go to Ellerslie for a Rating 65 1600m to give him a chance to get a look at the course. He’ll go further.”

Grand De Flora, a daughter of Savabeel and multiple Group 1 winner Daffodil, made an immediate raceday impact when successful on debut over 1300m at Hastings and, along with Two Illicit, she will contest the Listed Trevor Eagle Memorial Stakes (1500m) on Saturday week. Grand De Flora is one of four horses James and Wellwood have nominated for the Group 1 Vodafone New Zealand Derby (2400m) at Ellerslie on February 29, the others being Reggiewood, Shenanigans and Deep Beauty.

Reggiewood has been off the scene since he ran on late in his debut at Hastings last May for sixth behind Loire (last Saturday’s Group 1 New Zealand 1000 Guineas winner). “He was nearly ready to go early in the spring, but had to go out again,” James said. “He’s a nice, staying three-year-old and we’re trying to get him to the Derby.”

Shenanigans, like Grand De Flora, won on debut, at Avondale earlier this month, and is held in high regard by his trainers. The son of Ocean Park will start next in the Group 3 Lucia Valentina Wellington Stakes (1600m) at Otaki on Friday week, while fellow Derby candidate Deep Beauty has been unlucky in both starts, the latest at Te Aroha last week when fifth after being held up several times in the run home.

Hasstobegood, a Group 3 runner-up last campaign, had better luck at Te Aroha, finishing strongly to break through for her first win in her sixth start and she will now be chasing further black-type. James has a high opinion of Amal Rose, a Written Tycoon three-year-old filly who has been placed in her two starts and was just beaten at Taupo in September. “She should have won at Taupo,” James said. “She’ll go to Tauranga for a maiden three-year-old 1400m next week.”

Meanwhile, Rondinella, the star of the stable, is enjoying a spell after her three-start Melbourne campaign which resulted in seconds in the Group 2 Stocks Stakes (1600m) at Moonee Valley and the Group 3 Ladies’ Day Vase at Caulfield before an eighth in the Group 2 Matriarch Stakes (2000m) at Flemington. “She really felt the track at Flemington,” James said. “I was surprised how well it dried out. It was more like a two (penetrometer reading) than four. “She’ll have a good break and we’ll look to go back to Sydney in the autumn. Her owners are keen to have a crack at just one race over there (Group 1 Tancred Stakes, 2400m) so she’ll have her lead-up races here.”

After chasing home Melody Belle and Danzdanzdance in the Group 1 New Zealand Stakes (2000m) at Ellerslie, Rondinella finished third to Avillius in this year’s Tancred Stakes then ran a creditable fourth in the Group 1 Sydney Cup (3200m).